plural centuries
1
: a period of 100 years
a company that has been in business for more than a century
specifically : one of the 100-year divisions of the Christian era or of the preceding period of human history
the third century A.D./B.C
the 18th century
2
: a group, sequence, or series of 100 like things
3
a
: a subdivision of the Roman legion
b
: a voting unit of ancient Rome constituted according to property qualifications
4
: a race over a hundred units (such as yards, miles, or meters)

It took more than a century to complete the cathedral. The pottery dates back to the sixth century B.C.E. When the prince got married, it was called the wedding of the century.
Recent Examples on the Web Groove to all kinds of music and enjoy comedy shows and other performances at this century-old warehouse that has been transformed into a spacious, clean ballroom and club. —

Robin Soslow, Chron, 31 Jan. 2023 The third piece of this century-old maze is the main space, where a 6-burner stove sits across from a 7-foot work table. —

Sheryl Julian, BostonGlobe.com, 31 Jan. 2023 The more than century-old facility was sued in federal court in 2019 for regularly violating legal limits on fine particulate pollution, or soot, in the years prior. —

Sarah Bowman, The Indianapolis Star, 27 Jan. 2023 The nearly century-old building has about 200 units across five floors, with most residents sharing common bathrooms. —

Los Angeles Times, 20 Jan. 2023 But what nudged plants to remodel their pipes this way is a century-old mystery. —

Elise Cutts, Scientific American, 18 Jan. 2023 That special-quality, fine-dining, formal-but-fun ambiance drew Dean and Bethany Martin to the Bath steakhouse, which has been around more than half a century. —

Marc Bona, cleveland, 16 Jan. 2023 The United States, still less than a century old, was riven by a destructive civil war. —

These example sentences are selected automatically from various online news sources to reflect current usage of the word 'century.' Views expressed in the examples do not represent the opinion of Merriam-Webster or its editors. Send us feedback. 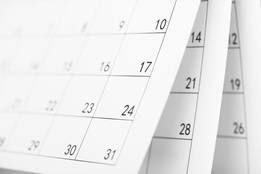 Centuries and How to Refer to Them

More from Merriam-Webster on century