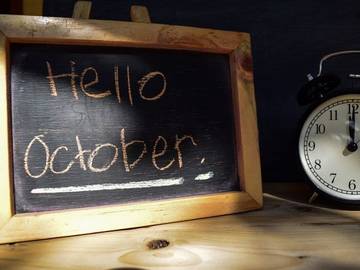 Have you decided on your Halloween costume yet?

Indigenous was among our top lookups for the week, following celebrations of Indigenous Peoples’ Day, a holiday which serves as an alternative, or counter-celebration, to Columbus Day.

Indigenous may be defined as “produced, growing, living, or occurring naturally in a particular region or environment” or “innate, inborn.” The word comes from the Latin indigena, meaning “native.” It may apply to a broad range of things, such as culture, plants, or people; our current earliest citation is in reference to people.

Those who neighbour nearest to these waters, are an indigenous poore people, not able to step out of the roade of their laborious calling, being plaine husbandmen and cottagers, and therefore it cannot be expected they should accommodate them in their many usefull concernments wherein they are most grossely defective.
— Michael Stanhope, Cures Without Care, 1632

Gage had a mid-week spike in lookups, for reasons that are not entirely clear; we are attributing this to the release of a trailer for Pet Sematary, a revamped cinematic version of the 1983 novel by Stephen King (in which one of the characters is so named). If interest in the word was not caused by Stephen King fans, we do not know what it could be, as the non-onomastic uses of gage are either as a variant spelling of gauge, or as an archaism meaning “pledge” or “risk.” For those who are unfamiliar with the plot of Pet Sematary, do not count on seeing this name break into the top 100 baby names for 2019 based on its placement in the upcoming film.

Unconstitutional was also much in the news this past week, after Washington state’s supreme court declared that this word was applicable to the death penalty.

Mob also received considerable attention this week, after President Trump and other Republican leaders seemed to have a newfound affinity for the word.

The president took this approach last weekend when he called those protesters, who were mostly women and who did not support Brett M. Kavanaugh’s nomination to the Supreme Court, an angry mob that is “too extreme” and “too dangerous.”
— Eugene Scott, The Washington Post, 8 Oct. 2018

Mob has been in English use since the 17th century, and is a shortening of the Latin mobile vulgus, meaning “vacillating crowd.” The earliest sense of the word is “a large and disorderly crowd of people, especially one bent on riotous or destructive action.” Mob may also refer informally to a large group of people, a flock of animals (mainly in Australian English), or to a criminal gang. When referring to the Mafia, the word is typically capitalized.

While we’re on the subject of mobs, the word is also our antedating for the week. Our previous records for its use extended back to 1688. Recent findings show the word in use several decades earlier.

I answer, that such pityful Drollery as this, wou'd look with an agreeable Air, in a Merry Andrew, who gathers a Mob about him, and plays his Monkey-Tricks on a Stage, but don't at all become one, who wou'd treat of Matters of great Importance, with that Gravity, and Seriousness, which the Nature of the Things may justly challenge from us.
— Origen, Origen against Celsus (trans. by James Bellamy), 1660

An absolute Prince might be Cruel, Rapacious, Covetous, a Dissipater of the Publick Treasure, an Enemy of Religion; and it would be very bad: But all this would be nothing, when compared to a Mob of such Tyrants, most of them with the same Dispositions, and every way like that greater one, only the more provoking, as in their Persons they would be more contemptible, nor is this a Thing not to be supposed.
— Anon. The Character of the Parliament, 1660