When you're left to your own rhetorical devices.

The terms metonymy and synecdoche refer to two similar figures of speech often used as literary devices. (They're easy to confuse, so feel free to read this as many times as you need.) 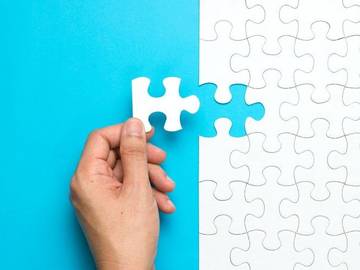 A classic example of synecdoche is the use of the term hands to mean “workers” (as in “all hands on deck”), or the noun sails to mean “ships.” Synecdoche is also sometimes used in the names of sports teams, e.g., the White Sox, the Blue Jackets.

Metonymy refers to a figure of speech in which the word for one thing is used to refer to something related to that thing, such as crown for “king” or “queen,” or White House or Oval Office for “President.” The phrase “a bunch of suits” for a group of businesspeople is an example of metonymy; it uses the common wardrobe of businesspeople as shorthand for the people themselves.

Some examples of metonymy are so common as to have become a regular part of the lexicon. The use of press to mean “journalists” dates to the 17th century and occurs in the First Amendment (“Congress shall make no law … abridging the freedom of speech, or of the press…”). It identifies journalists with the name of the device used for printing newspapers.

Similarly, a sportswriter might say that a team’s bats went into a slump, when what the writer really means is that the hitters in the lineup went into the slump. Sometimes metonymy is used to make a name catchier than the item it replaces, like when surf and turf, a phrase employing two rhyming terms that allude to the sea and land, is used for a dish combining seafood and beef.

Like many terms used in rhetoric, both synecdoche and metonymy derive from Greek. The syn- in synecdoche means "with, along with" (much like as in synonym) and ekdochē means "sense, interpretation." Metonymy meanwhile, combines the Greek meta (“among, with, after,” the same root found in metaphor) with ōnymon, meaning “name” or “word.”

Now that you've got these two figured out, check out this list of other common rhetorical devices.