Put This in Your Skill Set

A more general set of skills.

Many words in the English language have more than one meaning (like the, English, and language). Our language and the people who use it are both very accommodating of this semantic flexibility. We are able to understand words that have taken on several different meanings based on context. 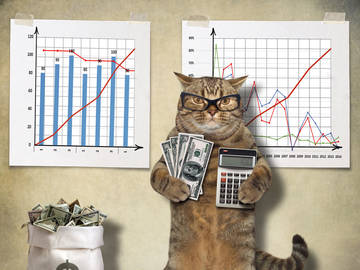 'Skill set' might be colloquially defined as "the skills to pay the bills."

Set is among the most polysemous of our words, up there with fellow semantic greedyguts run and have. In its current state, there are more than two dozen senses for set just as a transitive verb (and some of these have as many as five subsenses). In addition to having considerable holdings as a transitive and intransitive verb, set also enjoys robust portfolios as an adjective, noun, and as a component of compound nouns.

Set is a greedy word and is always looking for more meanings and compounds that it can stuff into its ravening maw. Recently it happened across the word skill and decided that it could bully it into teaming up as a compound noun. (To be honest, we at Merriam-Webster do not actually anthropomorphize words; we just pretend to do so, since the alternative would be to anthropomorphize the lexicographers, and that would be madness).

Skill set, which may be loosely defined as “an individual’s range of competence, especially as it relates to responsibilities in a specific field or occupation,” is a word that we have been watching of late. It appears to have begun being used in the early to mid-1970s.

Ours is simply a statement about the relative skill sets of managers who have and have not received formal education in modern techniques of management.
—D. J. Daly, and Rein Peterson, “On Bridging the Gaps,” Management Science, Dec. 1973

At its broadest base, self-care encompasses a wide range of existing skills and new skill requirements of the population at risk. It should be viewed as a universal skill set, as are the skills of literacy and numeracy.
—Lowell S. Levin, “The Layperson as the Primary Health Care Practitioner,” Public Health Reports, May-Jun. 1976

In modern parlance the term often appears in writing about sports and employment (or about employment in sports):

"You can use him at any perimeter spot," Hoiberg said. "When a player has that type of athleticism and skill set, it's exciting to think about the opportunities as far as running in transition and attacking on the break.
—K C Johnson, Chicago Tribune, 28 Jun. 2017

"What we're seeing is an acceleration in shedding for jobs in India and an adding of jobs onshore," said Sandra Notardonato, an analyst and research vice president for Gartner, a research and advisory company. "Even if these companies don't have huge net losses, there's a person who will suffer, and that's a person with a limited skill set in India.”
—Nida Najar, The New York Times, 26 Jun. 2017

Skill set should not be confused with set of skills (often written as a very particular set of skills), which, when encountered on the Internet, typically is a farcical reference to Liam Neeson’s threatening telephonic monologue from the 2008 movie Taken. Do you think one of the skills in his set was an excellent use of the English language?