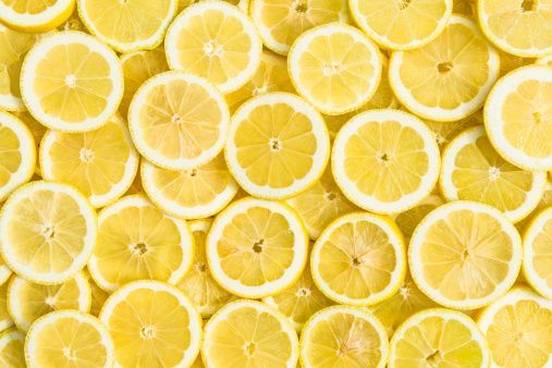 Definition : sharply or bitingly critical, sarcastic, or ironic in temper, mood, or tone

Acerb and acerbic first appear as adjectives for sharp and biting words or remarks in the 19th century.  Acerb, however, had been around since the 17th century, describing sour foods and flavors. Acerb and acerbic ultimately come from French acerbe and Latin acerbus, both of which are adjectives meaning variously "harsh," "sour," "bitter," or "unpleasant."

She suffered greatly from the effects of lupus, which would eventually end her life at age 39, and in 1958 she made a pilgrimage to Lourdes, famed for its healing miracles. The skeptical [Flannery O’Connor] describes the French town as a "beautiful little village completely defaced by religious junk shops" and the healing waters as a stewpot of viruses. … Yet despite the acerb comments, "she does acknowledge quietly that it may have extended her life to finish that novel, 'The Violent Bear It Away,'" said [Benjamin B. Alexander].
— Bo Emerson, The Atlanta Journal-Constitution, 29 Oct. 2019

After a successful seven-year run as the host of E!'s top-rated "Chelsea Lately," Handler launched an all-new talk show for Netflix in May 2016. "Chelsea" was the first of its kind for the global on-demand generation and tackled today's tough issues with the same acerbic wit and fearless curiosity fans know and love.
— John Atashian, The Middletown (Connecticut) Press, 8 Apr. 2020 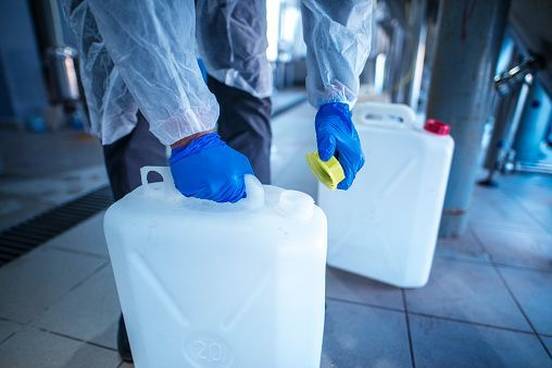 Acid designates substances that can taste sour, change the color of certain indicators (e.g., acid reddens blue litmus paper), react with some metals (as iron) to yield hydrogen gas or bases to form salts, or bring on other chemical reactions. The name is of Latin origin (from acidus, an adjective derived from acēre meaning "to be sour") and is first applied in English during the 1600s.

Figurative adjectival experiments with acid, along with acidulous, are first made during the 1700s. Acidic was first experimented with in science writing during the 1800s (e.g., "acidic oxides," "acidic water") before joining acid and acidulous as an adjective describing words that are sharp, strong, or critical in tone.

In 1918, P. G. Wodehouse, who was then the theater critic for Vanity Fair, went on vacation. [Dorothy Parker] filled in and her reviews received immediate attention. She became popular with the national writer and intellectual set both because of her writing and because of her acid wit. Probably her most famous comment came when someone told her that Calvin Coolidge had died and she responded, 'How could they tell?' Although she was fired from Vanity Fair in 1920 because her reviews offended so many powerful producers (although other accounts say it is because she took a shot at the actress Billie Burke, the wife of the one of the magazine's biggest advertisers), she was already one of the nation's most famous writers.
— Erik Loomis, Lawyers, Guns, and Money, 22 Oct. 2018

Fans ranked the 2004 comedy Mean Girls as their top choice, and Broadway.com completely agrees that adding music to the acidic words of the Burn Book would be amazing.
— Michael Mellini, Broadway.com, 6 Sept. 2011

… [John Simon], the Yugoslavian-born polymath who was long enthroned at New York Magazine as a theater and film critic, was remembered less for his razor-sharp prose than for his vitriolic glee, his attacks on actors' physical flaws, his sometimes shocking political insensitivity and his penchant for acidulous put-downs and puns.
— Charles McNulty, The Los Angeles Times, 23 Dec. 2019 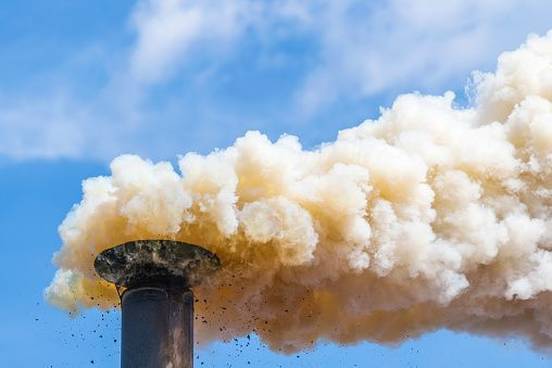 Acrid is used to describe things unpleasingly or irritatingly sharp or strong to the senses of taste and smell. An overly salted brine might be called "acrid," for example, or smoke from burning chemicals. Like acid and acerbic, acrid can be applied to the remarks of a bitter person—acrimonious might also be an applicable substitute.

In the past, acrimonious was used to describe things bitter to the taste, but it is far more commonly used to refer to bitter words coming from the mouths of bitter people. Both acrid and acrimonious are from Latin ācer meaning "sharp, pungent, or biting."

In an acrid statement, Ford said he won't be "bullied or intimidated." And when he said New Yorkers need "credible" candidates and a senator who will "fight to improve our economy" and "have independence," he was indeed talking directly about Gillibrand and the widespread perception that those are not exactly her strong suits.
— Charles Hurt, The New York Post, 10 Jan. 2010 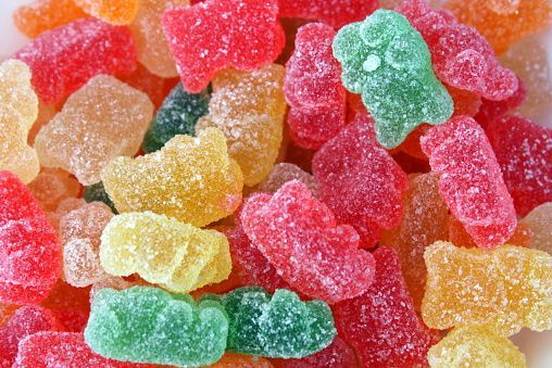 An astringent is a medicine for checking the discharge of mucus or serum by causing shrinkage of body tissue; it is also a liquid cosmetic for cleansing the skin and contracting the pores. As an adjective astringent refers to astringents and things having an astringent effect, such as the astringent taste of a sour candy that makes the eater pucker their lips.

The word derives from Latin astringere, meaning "to bind fast or tight." The tightening effects of an astringent has come to be associated with the rigid severity of words.

Professor Barnett was best known for his astringent commentary on the state Supreme Court. His writings in recent years described it as a "bureaucourt," whose justices overly rely on staff attorneys to crank out opinions that are too long and unfocused.
— Bob Egelko, The San Francisco Chronicle, 21 Oct. 2009 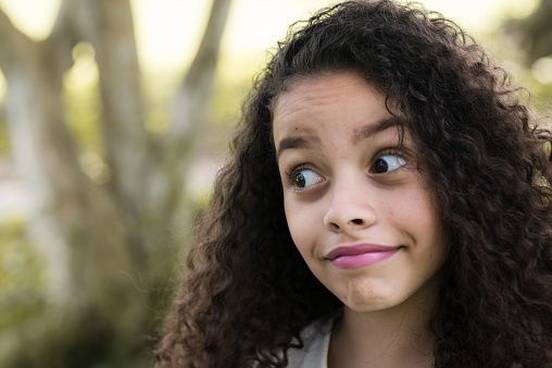 Caustic was formed in Middle English as an adjective for chemical substances capable of destroying or eating away something, such as caustic lime. The word is based on Latin causticus, which itself derives from Greek kaustikos. Kaustikos, in turn, comes from the Greek verb kaiein, meaning "to burn." In time, caustic was burned into the English language as an adjective to describe incisive sarcasm. Other kaiein descendants include cautery and cauterize.

As the show progresses, however, enemies often become friends. Raven and Murphy might make caustic remarks toward one another, but they definitely fall into that category.
— Amanda Bruce, Screen Rant, 15 Jul. 2020 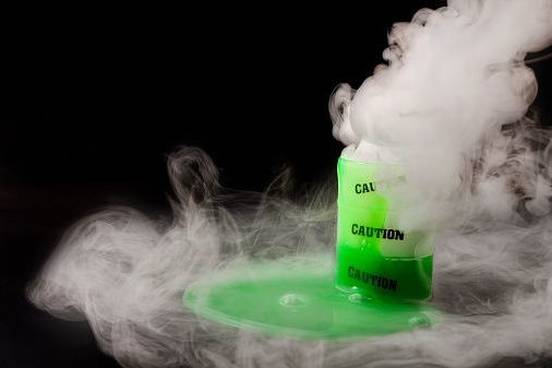 Corrosive is related to corrode, which is used to express wearing away gradually by chemical action and is from Latin corrōdere, a combination of the suffix cor- (an intensifier with the meaning of "completely") and the verb rōdere ("to gnaw, nibble, or eat away"). The Latin root verb is also part of the etymology of rodent. At one time, corrode was used to literally indicate the action of gnawing away, as in "woodworms corroded the wood." However, it is the more figurative senses from the action of gnawing or eating away that have persisted, as in "salt water corroded the iron" or "the player's negativity is corroding the team's morale."

Corrosive is from Anglo-French and Medieval Latin. In Middle English, it had the form corrosif and originally was used for things having the ability to physically corrode. Like corrode, corrosive developed metaphorical use but one mostly linked to sarcasm.

… the SFA [Scottish Football Association] had imposed a two-game suspension on the Kilmarnock boss because of his corrosive criticism of referee Steve McLean’s performance in a recent meeting with Aberdeen.
— Roddy Forsyth, The Telegraph (UK), 20 May 2019 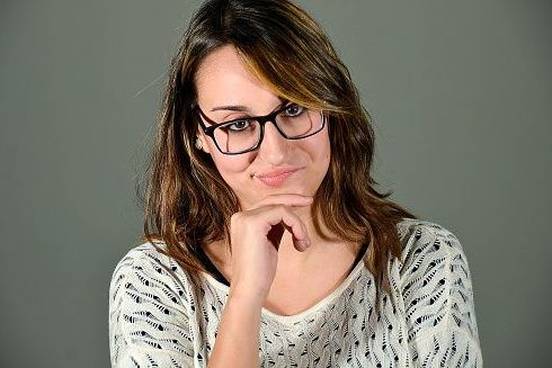 Definition : biting and caustic in thought, manner, or style

Mordant is a chemical that fixes a dye in or on a material for which otherwise would not take. It is also a corroding substance used in etching. Adjectival application of mordant goes back to the 15th century. The word derives from the Middle French verb mordre, meaning "to bite," and early use of the adjective was for a figurative verbal bite.

The late senator Eugene McCarthy, whose mordant wit is much missed, quipped that anything said three times in Washington becomes a fact.
— George F. Will, The Washington Post, 6 Nov. 2019 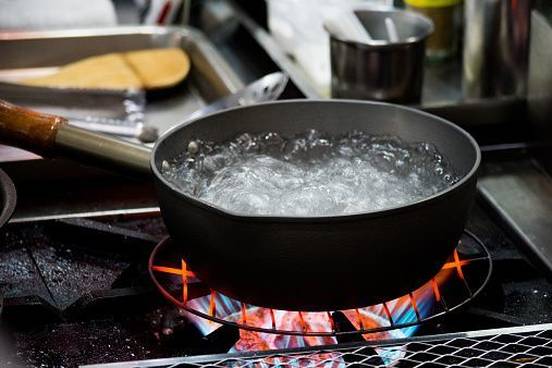 Scald is commonly known as a verb meaning "to burn with or as if with hot liquid or steam." Café au lait (in French literally "coffee with milk") drinkers might be aware that the milk in their beverage is "scalded" by the barista, meaning it is brought to a temperature just below the boiling point, and cooks will know tomatoes are sometimes "scalded" to make a sauce, meaning they are boiled or steamed. Scald is from Anglo-French escalder and eschauder, words that derive from Late Latin excaldare, meaning "to wash in warm water." The Latin is from the prefix ex- ("thoroughly") and calidus ("warm"), which itself is from the verb calēre, "to be warm." The present participle scalding is an occasional synonym of the adjective scathing.

Mr. Trump's scalding critique of the nuclear deal as "one of the worst and most one-sided transactions the United States has ever entered into" echoed the language he used during his presidential campaign.
— Mark Landler and David E. Sanger, The New York Times, 13 Oct. 2017