What’s not to like about the word like? The short answer to that question is "so much." Like has been a particularly bountiful source of irritation for people who get annoyed by the language habits of other people: while most offending words, such as irregardless, find a single specialty and stick with it, like annoys people in two distinct ways. Yet in each case, one can make an argument that like isn't so bad as one might assume. If you tend to get into arguments about the word like—or if you simply want to know how lexicographers could possibly justify the word's use—read on. 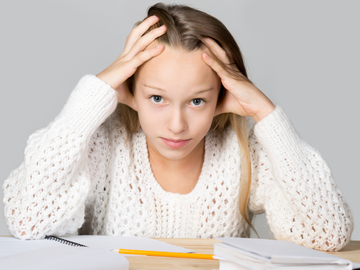 People have been complaining about supposedly incorrect uses of 'like' for a long time. But there's nothing wrong with using 'like' as a conjunction—and the supposedly meaningless use of 'like' by young people is not really meaningless, nor is it limited to a particular age or gender.

In 1954, an advertising firm working for Winston cigarettes adopted a tried-and-tested method of getting their product noticed: they irritated people. They did this in a fashion so spectacularly evil, so ingeniously vile, that people are still talking about it today. Brace yourselves. Are you ready?

They took a word that many people thought should be an adverb, and they used it as a conjunction.

The 1950s were a different time, but the advertisement that resulted was one of the most famous ads of the 20th century: “Winston Tastes Good, Like a Cigarette Should.” Mass hysteria and outrage soon followed. The journalist Walter Cronkite, when given this advertising script to read on the air in between news broadcasts, refused—not because he was advertising a product that caused cancer, but because he didn't like the syntax. Instead, Cronkite promoted the carcinogenic product with the phrase "Winston tastes good, as a cigarette should."

Here's the interesting part: like had been used as a conjunction in English since the 14th century. It was uncommon, which may explain why the complaints about it don't appear until the late 18th century, but enough people employed the conjunctive like between 1800 and 1950 that we find a steady stream of language watchers cautioning against it:

Like has always been widely misused by the illiterate; lately it has been taken up by the knowing and the well-informed, who find it catchy or liberating, and who use it as though they were slumming.
—Strunk & White, The Elements of Style, 1959

The ad writer who dreamed up the Winston commercial should be jailed.
—Charles Kuralt, in Harper’s Dictionary of American Usage, 1975

In spite of these mid-century admonishments, people kept using like as a conjunction. In fact, the conjunctive like is now so prevalent that many people pay it no attention. And why should they? Again, the conjunctive like has been in use for 600 years. It is firmly established. It has been used by many prestigious literary figures of the past, though perhaps not in their most elevated works; in modern use it may be found in literature, journalism, and scholarly writing. One may avoid it as a matter of preference, but one cannot deny its existence.

However, this does not mean that like has finished its assault upon the sanctity of our language. It has not.

Once people stopped getting upset about like as a conjunction, they found a new reason to dislike it: its use as a meaningless word by young people.

Fair enough. Except that this newfangled use of like is not restricted to the young—it has been found across all ages of English speakers—and it isn’t at all meaningless.

Linguists who study this use of like have identified numerous functions. When someone says “That has to be, like, the fiftieth time you’ve told me to not use like,” the word functions as an approximative adverb, and informs the listener that some estimate of quantity is included in the sentence. When that same person says “My mother was like, 'please don’t use like so much,’” like serves as a quotative compartmentalizer: something that indicates a portion of the sentence is quoting or paraphrasing another speaker.

A hundred years ago, some writers on language instructed writers to avoid well for many of the same reasons that people condemn like today. Ambrose Bierce, in his 1909 book Write it Right, referred to well as "a mere meaningless prelude to a sentence." But there was never any widespread outcry against discourse markers, largely because most people, writers on language included, did not know what they were. Unless you're planning a career in linguistics you needn't concern yourself overmuch with the subject, except to know that discourse markers are common, especially in speech, and that pretty much everybody uses them.

Like is not content-free and meaningless when used in these instances. It provides information, although that information may be subtle and difficult to parse. If you haven’t the patience to decipher whether you are hearing a quotative compartmentalizer or a discourse marker, take heart in the fact that like is serving another vitally important lexical role, and one which is quite easy to understand: it is giving millions of people something to complain about.