Putting 'Myself' Where 'Me' or 'I' Usually Goes

It's just me, myself, and I—unless it's just 'myself'

Some of those who opine about such things will assert that myself should only be used in two circumstances: as a reflexive pronoun, as in "I burned myself while pulling the cake out of the oven," or for emphasis: "I made the cake myself." But their opinions do not preclude such sentences as these:

I'm excited to announce that Noah and myself are opening a bakery.

My mother has told Noah and myself that we make very good cakes.

If you'd like us to make you a cake, please talk to Noah or myself. 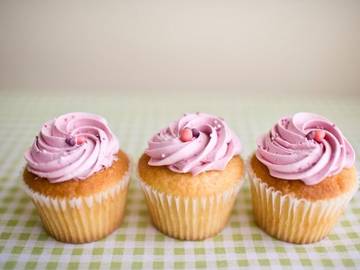 Pictured (left to right): Me, Myself, I

Myself in these settings has been objected to since the late 19th century, though critics have never been able to put their collective finger on what's so bad about it. It's been called snobbish, unstylish, self-indulgent, self-conscious, old-fashioned, timorous, colloquial, informal, formal, nonstandard, incorrect, mistaken, literary, and unacceptable in formal written English.

We find the usages, however, to be widespread even in literary sources dating back at least four centuries. While we no longer use myself alone as the subject of a verb, Shakespeare and Ben Jonson thought it was fine, as did Emily Dickinson:

Today, though, when people use myself in the position of subject-of-the-verb these days, it's typically part of a compound subject:

… Conan Doyle was the kind of Edwardian man of letters for whom certain retro bookmen such as myself and Mr. Dirda retain especial affection.
— Larry McMurtry, Harper's, November 2011

This has been true for some time:

Both Williams, and Desmoulins, and myself are very sickly …
— Samuel Johnson, letter, 2 Mar. 1782

From the moment Mrs. Washington and myself adopted the two youngest children …
— George Washington, letter, 20 Sept. 1799

In our files we also have plenty of 20th century examples from such competent users of English as T. S. Eliot, Harry Truman, E. M. Forster, and W. H. Auden, and the use continues in the current century as well:

One of the members of the Senate committee—and I—my group and myself have been working with both committees in the House and the Senate and their staffs.
— Brigadier General David McGinnis, speaking on PBS News Hour, 21 May 2014

The use of myself as the object of a verb and as a predicate noun, as in the example "My mother has told Noah and myself that we make very good cakes," is likewise long-established:

... appointed Mr. Francis, then attorney-general and myself to draw up constitutions for the government of the academy.
— Benjamin Franklin, Autobiography, 1788

Our files have examples from the words of E. B. White, Flann O'Brien, Frank O'Connor, and Arthur Schlesinger, Jr., too. And it continues to be used:

We'd rented a house on the beach…. The "we" included the writer Ann Beattie; her husband, Lincoln Perry; and myself.
— David Wiegand, The San Francisco Chronicle, 22 Mar. 2016

The reflexive pronoun seems particularly popular after words whose status as preposition or conjunction is a matter of some dispute, words like as, than, and like:

... no one would feel more gratified by the chance of obtaining his observations on a work than myself …
— Lord Byron, letter, 23 Aug. 1811

They are no doubt people that you know—your acquaintances and neighbors. People, I'll admit, like myself.
— Alan Feuer, The New York Times, 26 Jan. 2013

But it is also historically and currently found as the object of ordinary prepositions:

The pheasant I gave to Mr. Richardson, the bustard to Dr. Lawrence, and the pot I placed with Miss Williams, to be eaten by myself.
— Samuel Johnson, letter, 9 Jan. 1758

... it will require the combined efforts of Maggie, Providence, and myself.
— Emily Dickinson, letter, April 1873

There are also two captions for Hokinson, one by myself and one by my secretary.
— James Thurber, letter, 20 Aug. 1948

Indeed I hope that you will have time, amongst your numerous engagements, to have a meal with my wife and myself.
— T. S. Eliot, letter, 7 May 1957

What we see after all this is that myself gets used where we expect to see me or I in the spoken or written words of poets, politicians, playwrights, novelists, essayists, and even lexicographers. It is not new and it is not rare. It's true that many of the examples are from speech and personal letters, suggesting familiarity and informality. But the practice is by no means limited to informal contexts. Only the use of myself as sole subject of a sentence seems to be restricted; all our examples of that particular use are from older poetry.

But what's going on here anyway? Why do we see a reflexive pronoun in places where other pronouns belong? Well, there are two theories, both of which are a bit technical.

The first has to do with syntax. When we look at languages as systems we see that there are "rules" that languages follow. These aren't rules that are imposed on a language; they're rules that describe how the language functions. In English, verbs and prepositions are said to govern the nouns that are their complements—that is, in very simple terms, they determine the form taken by the nouns (or pronouns) that complete their meaning. For example, the preposition for requires them rather than they in a sentence like "The cake is for them." Linguist Noam Chomsky has suggested that compounds like "Noah and myself" block the assignment of case (which determines the form required) by verbs and prepositions; this makes it possible for a pronoun in the compound to be other than it would be alone. In "talk to me," to governs the pronoun and requires me; but in "talk to Noah and __," the preposition to is blocked from its usual governing duties and the result is a variety of grammatical options: "talk to Noah and me," "talk to Noah and I," and "talk to Noah and myself."

The second theory involves a linguistic study called discourse analysis. As the examples we've shown demonstrate, almost all the instances of myself above occur in contexts where the speaker or writer is referring to himself or herself or to the listener or the reader as a subject of the discourse, rather than as a participant in it. According to discourse analysis this is the way that English ordinarily works. Discourse analysis doesn't explain third person reflexives very well, but, in spite of what the critics may think, this use of the first (and second person) reflexives is a common and standard, though not mandatory, feature of the language.

All this being said, it's still of course true that sometimes myself appears where me or I is usual because a writer or speaker thinks it simply sounds more sophisticated or "correct." There may also be an uneasiness with me generally for people who took to heart lessons that taught "my friend and I will be there" as preferable to "my friend and me will be there," without fully recognizing that "they saw my friend and me there" is also preferred. It may also be that some people think that myself is somehow gentler or more refined than the direct me or I; in its similarity to yourself, himself, and herself it perhaps suggests a parity between oneself and others.

Whatever the reasons for using myself in instances like those discussed, people who choose to employ it are in good company. There's no reason it shouldn't continue to hum along in the language for another few hundred years.