Yes, 'Positivity' Is a Word

Many people have feelings of negativity about 'positivity'

Users of this dictionary frequently have strongly held beliefs regarding whether or not one of the words we have defined is, in fact, a real word. We know this to be the case, as many individuals leave comments, outlining their position on the matter. One of the words that attracts a considerable amount of doubt is positivity. 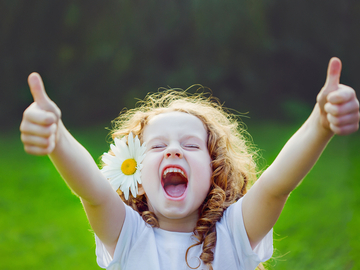 Though many people dislike 'positivity', we're positive that it's more than 350 years old.

Below are some of the comments that our readers have left about this word.

This should not be a word. It is an imposter word. It was made up by someone in 1999 and conned its way into the dictionary. Don't use it. You've been scammed.

sports news use it ...It's not a word really is it? Positive yes. you can't turn that into a verb

Before turning to the history of positivity it is worth addressing the issue of what makes a word "real." This is somewhat tricky, as the word word can be used in many different ways to mean many different things. However, it is not a great stretch to assume that when people say "that’s not a real word" they are referring to the sense of word as it is defined in this dictionary’s Simple Definition: “a sound or combination of sounds that has a meaning and is spoken or written.” Given that positivity has been a collection of sounds with a fairly consistent meaning in written use for over 350 years, it seems likely that we can say that it is indeed a word. Asserting that a collection of sounds or letters which are understood to mean a certain thing is "not a word" because you do not care for it makes no more sense than to assert that the 1975 Gremlin your grandparents gave you is "not a car" because you do not like the way it drives.

Positivity appears to have entered the English language in the middle of the 17th century. The earliest known use we have for this word comes in 1659, and oddly enough, it was used by three different writers that same year, all of whom employed it to refer to sin.

The Positivity of Sinne might be a Paradox or a truth, and so declared on either side without drawing me into the Quarrel, who have not hitherto engaged on the one side or the other.
—Peter Heylyn, Certamen Epistolare, or, The Letter-Combate, 1659

My fourth and last argument against the pretended positivity of sin I dispose in this enthymem, Original sin is not positive, ergo, sin as sin is not positive.
—Henry Hickman, Patro-scholastiko-dikaiösis, or A Justification of the Fathers and Schoolmen, 1659

And for the other branch of his discourse you may acquiesce in a confidence, that Master P. never intended to assert a positivity of every sin, not of sins of omission to be sure.
—Laurence Womack, Arcana dogmatum anti-remonstrantium. Or the Calvinists cabinet unlock'd, 1659

It is unclear why so many people feel that this is not a word. Few, if any, of the many hundreds of other words in English that end with -ity have attracted such skepticism. Most of the English-speaking people are fine with negativity (which, by the way, is a much younger word, not appearing until the 19th century), so why not welcome positivity? One possibility is that many spell-checking programs do not recognize it, and the red squiggly line it occasions makes people mistrust it. Another possibility may be that some view the word as belonging to the jargon of the self-help movement.

We do not rely upon the dictates of spell-check when choosing whether or not to include a word, and we do not avoid words that may have become popularized in a specific field. There is a considerable body of evidence showing that positivity has been in sustained and widespread use for over three hundred years, and so it is worthy of being defined.