Never mind is used as a conjunction to mean "let alone" and, imperatively, to suggest disregard—for example, "Never mind him" or "Never mind, I'll do it." The single-word or closed form nevermind is a noun meaning "concern" and is seen in the example "pay him no nevermind." While "never mind" is more common as two words, increasingly the imperative use is being seen as one word, and even the abbreviations nvm and nm are common in text and the internet. 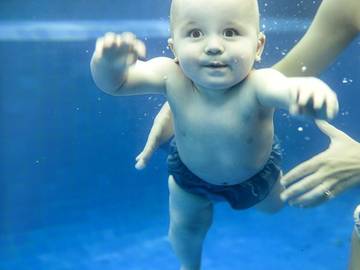 'Never Mind' as a Conjunction and an Imperative

There must be something very comprehensive in this phrase of "Never mind," for we do not recollect to have ever witnessed a quarrel in the street, at a theatre, public room, or elsewhere, in which it has not been the standard reply to all belligerent inquiries. "Do you call yourself a gentleman, Sir?"—"Never mind, Sir."
— Charles Dickens, The Pickwick Papers, 1837

Never mind has a conjunction function in English. It's a term that joins together sentences, clauses, other phrases, or words—and has nuances of meaning ranging from "much less" and "let alone." It is used in negative contexts, and it precedes an option, idea, situation, etc., followed by another that is less likely. Take for example, "With my injured knee I can hardly walk, never mind run" or "I can barely understand it, never mind explain it." The phrase is also used imperatively to tell a person to disregard or dismiss something said.

Never mind—I'll do it myself.

"What is that supposed to mean?" "Never mind."

I wouldn't mind having another piece of pie, but never mind—I already had two.

Do you know where my keys are? Oh, never mind. Here they are.

'Nevermind' as a Noun

Never mind is most often spelled as two words—unless it is used as a noun. The closed (or hyphenated) noun form, nevermind, is dialectal and has the meaning of "interest," "concern," or "attention." It, like its conjunction cousin, is used in contexts implying indifference, disregard, or dismissal.

That's no nevermind of yours.

The adverb never originates from Old English nǣfre (from ne, meaning "not," plus ǣfre, "ever"), and true to form it means "not ever" or "at no time," as in "I have never met her" or "Never in my whole life have I been so happy." The base word mind is a verb that is often used in idiomatic, usually negative, imperative constructions suggesting that someone should show (or not show) concern about something, worry (or not worry) about something, or pay (or not pay) attention to something.

I never minded her reminiscences of her younger years.

Never (you) mind that; we must be going.

(You) never mind (it)—there are more important things to deal with.

The noun mind is used with similar meaning often in the colloquial expression "Pay him/her no mind." Mind meaning "attention" goes back to, like nevermind does, the 20th century.

As a conjunction and an imperative, never mind is commonly spelled as an open compound; however, there is increasing evidence of it closed.

Nevermind that Harry Potter is responsible for a resurgence in children reading or that the books are about good winning over evil. I'm still trying to find the demonic activity in the six books we own because I really don't recall any.
— Walter Biscardi, Jr., The Atlanta Journal-Constitution, 17 Apr. 2006

Closing the spelling of compounds is a common linguistic phenomenon, and so is dropping vowels and inconsequential consonants in abbreviations when texting. In social media, never mind is abbreviated NVM (also NM) or lowercase nvm (nm) and is usually used to tersely say "Disregard my last comment."

can someone give the news a refresher course on pacing? as soon as i’m reading one story another one comes up like nm that guy quit actually lol & the stock market turned into rabbits k byeee

Never and mind are old words, but together they form a strong, long-standing conjunction, imperative, and verbal phrase but, more importantly, together they have adapted to social media truncation.