What is the Plural of 'Money?'

Money is typically a mass noun, which means it gets used with some and not with a, and lacks a plural form. However in some scenarios, especially when it refers to discrete sums of money obtained from a particular source or allocated to a particular cause, money can be pluralized as moneys or monies, with the latter being the more common spelling.

In most instances, we treat money as a mass noun or noncount noun—just like oxygen or mud or honesty. You can't have a single mud or four honesties, and in the same vein, we don't say a money or one money or twenty-six moneys. Even though it can be composed of discrete bills and coins, countable dollars and cents, the concept of money is treated as a mass in English. You either have money or you don't.

However, like common mass nouns such as water and sand, there are occasions when money is inflected with a standard plural, like any count noun. It tends to occur when the reference is to discrete sums of money, obtained from a particular source or allocated to a particular cause. 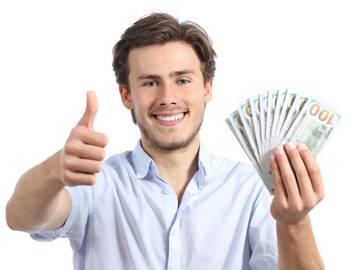 There are occasions when 'money' is plural.

The spelling in these instance can be moneys or, more commonly, monies:

Some of the 2009 stimulus monies for high-speed rail should end up in the California project and more may be coming.
—James McCommons, Waiting on a Train, 2009

Under Oregon's unique "kicker" law, if general fund revenue tops projections by more than 2 percent, the entirety of the above-projection moneys goes back to taxpayers in the form of a rebate.
—Connor Radnovich, The Statesman Journal (Salem, Ore.), 23 Aug. 2017

Most nouns that end in –ey take a standard -s plural: monkeys, chimneys, attorneys, turkeys. Moneys naturally follows that pattern. Some usage critics decry the spelling monies because it encourages a pronunciation akin to the plural nouns ponies or cronies, as though the singular noun were actually spelled mony. These days, however, monies is in fact the more common spelling.