The English language is, depending on one’s perspective, either blessed or burdened with a number of irregular verbs (most people likely feel that burdened is more applicable here than blessed). However, the correct way of conjugating verbs such as go and put is picked up quickly by children (and with somewhat more difficulty by those learning the language as adults). Most of us agree that we would say we have gone to the store (or that we went), and would not say that we goed.

The lack of an -ed ending on certain past participles appears to not give us much trouble. But what happens when one of these irregular verbs becomes the latter portion of a longer word? In some cases, such as with cast, it gets a bit confusing. 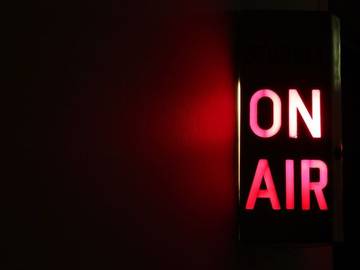 Cast is an irregular verb, and the past tense remains cast, rather than casted. A number of people and usage guides advocate in favor of extending this to other verbs which are formed with -cast at the end, such as broadcast, forecast, and typecast.

For example, "broadcast" is the same in the present tense and the past tense. ("Broadcasted" is not standard English.) "Yesterday, CNN broadcast a show."
— Christina Sterbenz, Business Insider (businessinsider.com), 27 Dec. 2015

#APStyle tip: Use forecast for the past tense of forecast, not forecasted.

On a technical point, you've got "typecast" wrong. Firstly it's "typecast", not "typecasted". And, secondly, I'm not clear whether you're using the word correctly.
— forum member ‘trollface,’ Digital Spy (‘New Dr Who Fan’), 28 May 2009

Although we give the uninflected -cast ending as the most common form for all the verbs ending with this, we also give the -ed ending for the past tense of the following words: broadcast, forecast, telecast, and simulcast. For the words miscast, recast, and typecast we do not list an -ed inflected form.

This inconsistency regarding -ed endings is not caused by whimsy on our part, or out of a desire to hurt your feelings; it is based on the way that people use the language. For instance, in the examples above Business Insider tells readers to avoid broadcasted, and the Associated Press similarly advises avoiding forecasted, yet both of these publications (and many others) regularly use these words. Broadcasted and forecasted are not as common as broadcast and forecast, but they are common enough that we list this as a variant past tense.

He also forecasted a warm winter, heavily based on weak snowfall in Siberia.
— The Associated Press, 18 Oct. 2018

The Fed also forecasted another rate hike by end 2018 and predicted that it will continue to tighten credit into 2020 to manage growth and inflation.
— The Associated Press, 2018

One could make the case that in order to avoid confusion a writer may simply stick with the -cast form of all of these words. While this is true, our job as a dictionary is not solely to help you avoid confusion; it is also sometimes to steer you directly into it and inform you on how other people use the English language. A substantial enough portion of them choose to place an -ed at the end of broadcast, forecast, telecast, and simulcast that we provide entries for these words. We promise it's not just a lexicographer's plot to mess with you. (There are enough of those already.)