What is proper usage worth to you?

Invaluable means “valuable beyond estimation,” making the word a near-synonym of valuable. This is because value as a verb can mean both “to prize or esteem” (“I value our friendship”) and also “to estimate or assign the monetary worth of” (“We value the painting at $1000”). It’s this second use that we find at the root of invaluable, meaning that its importance or worth is so great that it is impossible to calculate, close in meaning to priceless.

We're about to provide you with a valuable lesson on usage. One could even say that it's so valuable that it's invaluable.

How is that possible? 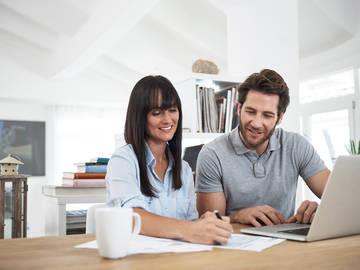 The satisfaction you get from knowing the difference between 'valuable' and 'invaluable'? Priceless.

Is this one of those deals like flammable and inflammable, where two words mean the same thing even though they look like they should be opposites, because while the prefix in- usually means "not," in this case it means something different?

The answer: yes and no. Valuable and invaluable do mean similar things, but the in- in invaluable isn't playing any tricks. It simply means "not."

We think of valuable as meaning "having a great deal of value," as in "valuable jewelry" or "learned a valuable lesson."

Invaluable, on the other hand, means "valuable beyond estimation." Much like priceless, it describes something that is of such a great value that it cannot fairly be quantified:

Great mentors have had an invaluable impact on my career success to date. These mentors have not only taught me about what is important (both personally and professionally); they have also provided meaningful opportunities for growth.
Chris Myers, Forbes.com, 9 June 2017

Whether she’s grinning her way through another exhausting run-in with boring British babe Gemma (Cecily Strong), lovingly making her boys some game day snacks, or playing some variation on a less-cool best-friend type, Bayer is as great at grounding scenes as she is on her many standout Weekend Update appearances, making her an invaluable SNL staple.
Samantha Pitchel, Vulture, 31 May 2017

So she enrolled in business-oriented college courses in shorthand, typing, and précis-writing, skills that qualified her for a variety of jobs over the next two decades that were not always rewarding in themselves but provided invaluable material for fiction, and probably helped to form her lucid, economical prose style.
David Lodge, The New York Review of Books, 19 Aug. 2010

I stayed there only a month or so but it was an invaluable experience, demonstrating the serendipitous manner in which life often works to a writer's advantage: that month's residence provided the inspiration for a novel I wrote much later, Sophie's Choice.
William Styron, This Quiet Dust and Other Writings, 1982

Invaluable is sometimes followed by to or in:

In Ethiopia a small, humpless, short-horned cattle breed called the Sheko is a good milk producer that withstands harsh conditions and has resistance to sleeping sickness.

Such adaptive traits are invaluable not only to local farmers but also to commercial breeders elsewhere in the world.
Charles Siebert, National Geographic, July 2011

Even if I'd not been shortlisted by SBC I would have found the experience useful as I got some phenomenal feedback and tips from experienced professionals and mentors that are part of their program. That was invaluable in developing my ideas. My company has gone from strength to strength since.
Becky Downing, CNBC.com, 12 June 2017

This meaning makes sense if you break down the parts of invaluable. While the verb value often means "to prize or esteem" (as in "I value our friendship"), it can also mean "to estimate or assign the monetary worth of" or "appraise." If something is of such a nature that its importance cannot be stated in monetary terms, that obviously makes it unable to be valued, or invaluable.

This meaning of invaluable dates to the 16th century. On a few occasions, invaluable actually has been recorded in the sense meaning "without value," but such use has been exceedingly rare and is practically nonexistent today.