The general rule in modern English of pluralizing nouns with the suffixes -s and -es descends from Anglo-Saxon (also known as Old English), an early language that is distantly related to German. That language is also the source of the rule of forming past tenses of verbs by adding -d or -ed, and of much of our more common vocabulary, such as the irregular verbs (eat, drink, sleep, run, swim, fight, bring, do, make, etc.), and function words like articles, prepositions, and pronouns. English is known for having many rules—as well as many exceptions, left turns, and downright headaches. Although adding -s or -es to form a plural sounds simple enough, there are cases in which it is not so straightforward. 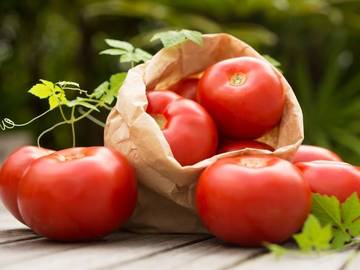 Tomatoes. With an '-es.' We'll explain why later.

The most basic rule is to pluralize a noun by adding the suffix -s (as in voters); however, if the noun ends in -s, -x, -z, -sh, or -ch (with the exception—see, we already have an exception—of words ending in -ch pronounced with a hard k, like monarchs and stomachs), the suffix -es is added in order to create an extra syllable to pronounce the plural—as in goddesses, anticlimaxes, blitzes, flashes, and torches. That's pretty easy to apply in one's writing, but not all nouns follow the general pattern. For example, there are the common singular nouns used unchanged as plurals ("caught two fish"), compound words in which the first element is sometimes pluralized and sometimes not (runners-up, close-ups), and words ending in -y and -o that only take the suffix -s? These exceptions became so common that grammarians were forced to lay out rules for the them.

The names of many fishes, birds, and mammals have both a plural that is formed with a suffix and one that is identical with the singular (partridges and partridge are plural forms and so are caribous and caribou). On the other hand, some have only one or the other: the plural of monkey is only monkeys; the plural of the fish known as shad is shad. Generally, those who hunt, fish for, or raise animals are most likely to use the unchanged form, and the -s form is often used to emphasize diversity of kinds. So whereas a fisherman would say "I caught three bass," a scientist would say "I'm researching the various basses of the Atlantic Ocean."

Most compounds that are made up of two nouns—whether they appear as one word, two words, or a hyphenated word—form their plurals by changing the final element only; a word like bookcase is pluralized as bookcases, book club as book clubs, and bird-watcher as bird-watchers. Nouns that are made up of words that are not nouns also form their plurals on the last element, as in the plurals breakthroughs and tip-offs. But you already knew that. Things get a bit more complicated than this, though.

If a compound is made of a noun with the -er suffix and an adverb, only the noun element is pluralized. This means that hanger-on becomes hangers-on, onlooker becomes onlookers, and passerby becomes passersby. For a compound made up of two nouns separated by a preposition, the first noun is pluralized to form the plural, as in attorneys-at-law, chiefs of staff, and bases on balls. And compounds made up of a noun followed by an adjective are usually pluralized by adding -s to the noun, as when heir apparent becomes heirs apparent. But if the adjective tends to be understood as a noun, the compound may have more than one plural form. In this way, both poets laureate and poet laureates are acceptable.

The question of whether to use the plural suffix -s or -es sometimes arises in those words ending in -y. Basically, if the noun ends in a "consonant + y," the -y is changed to -i- and -es is added (babies); if the noun ends in a "vowel + y," an -s is added ( galleys). There is an exception in the case of "vowel + y": words ending in -quy. Colloquy, for example, becomes colloquies and soliloquy becomes soliloquies. The -s suffix only applies to nouns ending in -ay, -ey, or -oy (parkways, donkeys, alloys). Another exception is the rule for proper nouns ending in -y, which is to add an -s—hence, Sundays, Bloody Marys, and Januarys.

Relatively speaking, the rule governing the pluralization of nouns ending in -o is simpler. Nouns ending in "consonant + o" take an -es (tomatoes); those ending in "vowel + o" take an -s (ratios). However, the rule has been broken countless times in regard to "consonant + o" words. Zeroes/zeros, cargoes/cargos, haloes/halos, and tornadoes/tornados are all established plurals, and there are many, many more. Nouns formed by shortening, such as combo and rhino, also break the rule since they tend to have plurals only in -s, as do many (but by no means all) words of very obvious foreign origin, such as kimono and espresso. If you're undecided about how to pluralize a noun ending in -o, we suggest you consult our dictionary.

We understand that much of this article is a refresher and that you probably "automatically" know when to use the -s and -es plural suffixes, but we hope that we have enlightened you on some of the rules (and the exceptions) of pluralization. Guidelines were set many years ago by grammarians—some have survived intact, some have been tweaked, and some (ahem, the nouns ending in -o) have been broken so many times that they seem nonexistent.