You know, the markings above and below letters.
7 Mar 2022

What Is a Diacritic, Anyway? 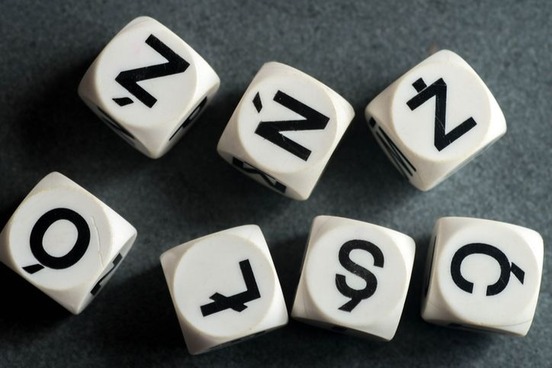 Diacritics are marks placed above or below (or sometimes next to) a letter in a word to indicate a particular pronunciation—in regard to accent, tone, or stress—as well as meaning, especially when a homograph exists without the marked letter or letters. For example, pâte refers to clay whereas pate refers to the head, and résumé or resumé is used for a work history versus resume, which means "to begin again."

Diacritical marks take such forms as a straight or curvy line or a dot or a pair of dots, and they are an integral part of spelling in many foreign languages. In English, words having diacritics are borrowings from other languages, and the marks are not a natural part of the English language itself. However, lexicographers have adopted diacritics to indicate English pronunciation and, of course, to show word etymologies. Although the English borrowings enter the language with their markings, they are often dropped from many spellings through Anglicization. Take, for instance, French naïve, which is commonly spelled naive in English.

The word diacritic is a derivative of Greek diakritikos, meaning "separative" or "able to distinguish," which is based on the prefix dia-, meaning "through" or "across," and the verb krinein, "to separate." The word was first used as an adjective in 17th-century English with the meaning "serving to distinguish" (as in "diacritic factors in demography"). It wasn't until the 19th century that it began being used as the name for a phonological diacritical (the '-al' spelling of the adjective being the most common) mark.

Diacritical marks are important in correctly pronouncing many foreign words that have migrated into the English language. Being a publisher of references on the English language, we feel it is important to give a tutorial on the more common diacritics that you will encounter in your pursuit of knowledge through reading. So, without further ado, let's begin. 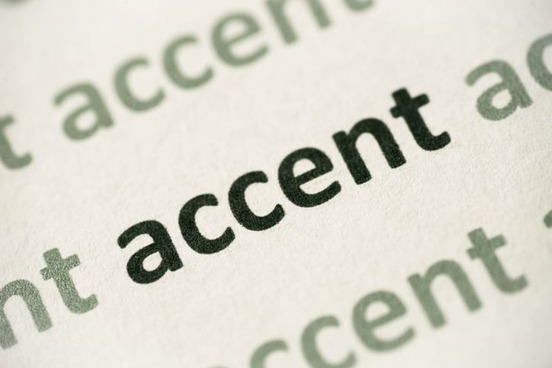 The forward-leaning acute accent (  ́ ) generally indicates a stressed syllable or raised pitch. It is commonly found above the letter 'e' in many French words and French borrowings in English, such as exposé, where it indicates that the 'e' is pronounced as a long 'a' and where it can serve to distinguish the word from another with the same spelling (compare English's expose). The acute accent is also placed over vowels in Spanish to mark that the syllable in which the vowel appears is stressed, as in adiós.

The backward-leaning grave accent ( ˋ ) is in contrast to the acute accent. It is a mark that is often used to indicate an unaccented syllable or a lower inflection, as French-derived à la carte, pied-à-terre, or crème. In poetic verse, it is used as an indicator of a falling inflection or a final syllable that is to be pronounced separately, for the sake of the meter, in words ending in the nonsyllabic '-ed.'

Margret stood in her chamber; / She'd sewn a silken seam. / She lookèd east an she lookèd west, / An she saw those woods grow green.
— "Tam Lin," The Singing Tradition of Child's Popular Ballads, 1972 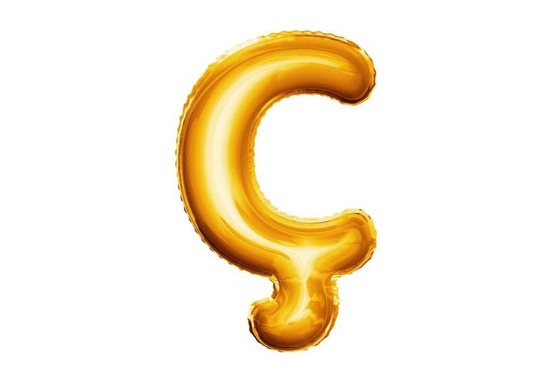 The cedilla is the diacritical mark (  ̧ ) that is placed under the letter 'c,' as in the spelling of the French words façade and garçon, to indicate that the letter is to be pronounced \s\, rather than \k\. Cedilla is from the name of the obsolete Spanish letter 'ç' and is a diminutive form of ceda, itself from zeda, which once denoted the letter 'z.' Actually, the 'ç' was used as a form of 'z' in the Middle Ages. In Late Latin, that letter was referred to as zeta. 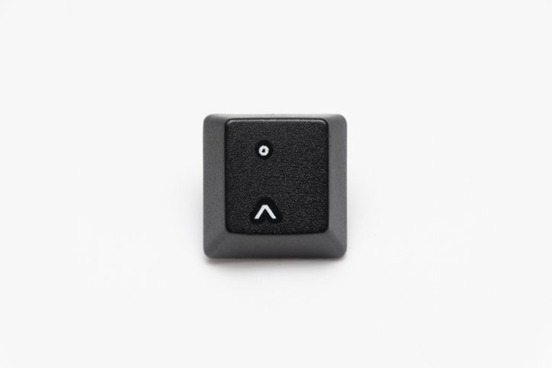 Today, circumflex most commonly refers to the mark ( ˆ ), but in ancient times it designated other "bent" marks ( ⌢ or ˜ ). The name derives from a Latin verb meaning "to bend around," and it is used for the symbol placed above a long vowel to indicate a rising-falling tone in Greek and to mark length, contraction, or another particular pronunciation of a vowel in other languages, such as French—for example, the pronunciations of château, crêpe, maître d', and rôle. 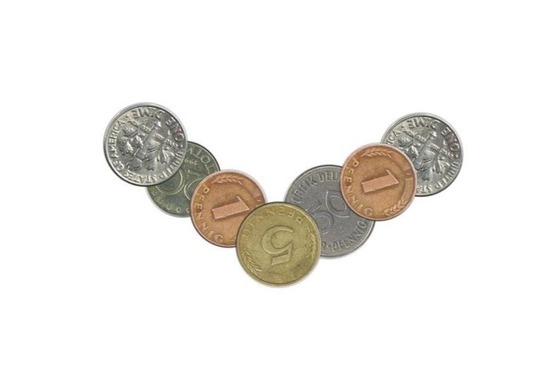 The breve ( ˘ ) is the rounded curved mark that is used by some dictionaries in pronunciations to indicate that a vowel is short, as in \kŭt\ for cut, or in poetic scansion to show that a syllable is unstressed in verse. It is similar to the haček ( ˇ ), whose name includes the inverted pointed circumflex over the 'c,' that is used in Baltic and Slavonic languages to indicate a change in pronunciation (the last name of the Czech author Karel Čapek bears the diacritic). The name haček is a Czech borrowing meaning, literally, "little hook." Breve is related to brief via Latin brevis, of similar meaning. 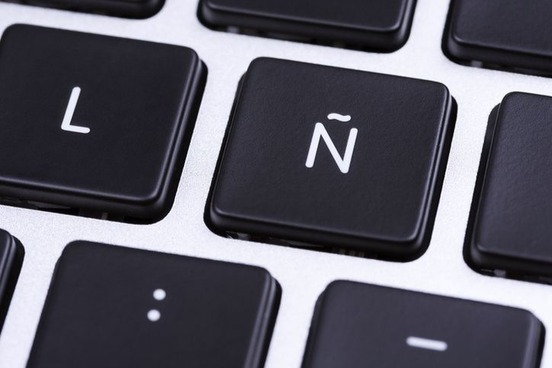 The tilde is the mark ( ˜ ) that is most often seen sitting over the letter 'n' (as in Spanish señor, meaning "sir," and mañana, "tomorrow"), where it indicates a blend of the sound of 'n' and 'y.' In Portuguese, it may appear over 'a' or 'o,' as in São Paulo, and indicates nasality in pronunciation.

The diacritic's name is a 19th-century borrowing from a Spanish word that traces back to Medieval Latin titulus, meaning "tittle." In English, tittle can refer to any point or small sign that is used as a diacritical mark. It has been applied to the dot over the letters 'i' and 'j,' and in the past, to the cedilla; it is also used in languages, such as Hebrew and Arabic, to point out accent. In Latin, titulus meant "title" or "label," which is fitting since the tittle tops the letter like a title to a piece of writing.

The tilde also occurs as a somewhat larger symbol that resembles the swung dash, that is set somewhat lower, and that is used independently of other characters. This tilde is sometimes used in front of a number to mean "approximately" (e.g., "in ~ 30 minutes"), and it has other advanced mathematical uses related to equivalency and negation. It also has a conventional use in URLs, where it indicates that the URL is a personal page residing on the institutional server whose address precedes the tilde in the URL. And print dictionaries use the tilde (a.k.a. "swung dash") to take the place of the entry word in verbal illustrations (example sentences) in order to save space. 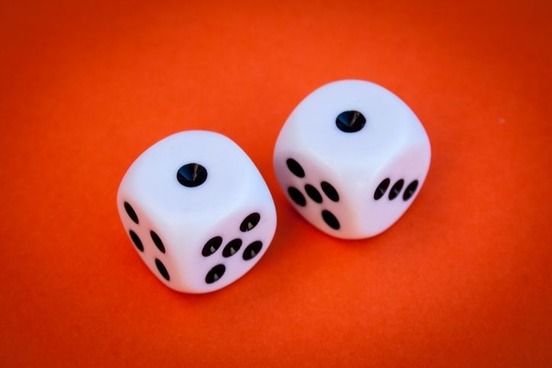 The diaeresis, or dieresis, is the mark ( ¨ ) that is often placed over the second of two adjacent vowels, which otherwise make a diphthong forming one speech sound, to indicate that the vowels are pronounced in separate syllables, as in French naïve and its derivatives; it may also be placed over a vowel to indicate that it is pronounced in a separate syllable, as in the family name Brontë (namely Charlotte and her sisters Emily and Anne) or Zoë. In the past, it also occurred in words having adjacent vowels that are the same to indicate that they are sounded separately rather than blended, as in coöperate and reëstablish (each of which have four syllables). Diaeresis is from a Greek word meaning, literally, "the act of dividing."

In German and Germanic languages (such as Swedish), there is the diaeretic mark called the umlaut, which is placed over a vowel to indicate a more central or front articulation, as in Götterdämmerung and Führer. (In orthography, the umlaut may be replaced by an 'e' following the vowel, as in Fuehrer.) Umlaut is a combination of German um-, meaning "around" or "transforming," and Laut, "sound." 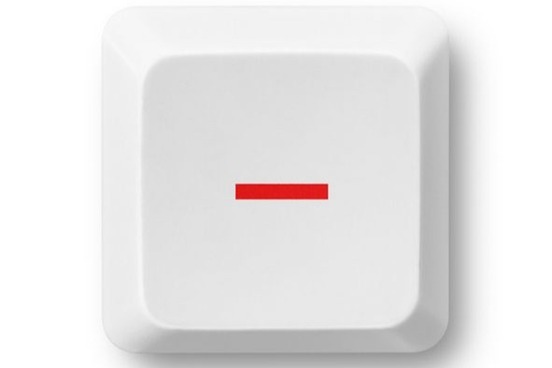 The macron is the mark ( − ) placed over a vowel to indicate that it is long or placed over a syllable or used alone to indicate a stressed or long syllable in a metrical foot or verse in poetry. You are most likely to encounter it in dictionaries, where it populates pronunciations of words that include a long vowel sound, as ā in the pronunciation of fate or ē in lead.