And Then to 'Thru' Again

Near the end of 2010, the Associated Press announced that its stylebook, used by many newspaper editors and writers, would now allow for the use of drive-thru instead of drive-through. At an editor's conference in 2014, there was an audible gasp in the room when this was mentioned (never mind that it was a few years old): the decline of English in action! 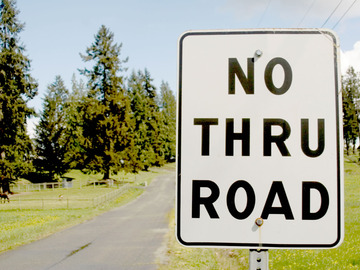 Hardly. The spelling of through has gone through a number of changes since it first appeared in English around 700 AD: acquiring an o, moving the r around a bit, claiming a g, dropping each of these things willy-nilly. In fact, the spelling thru predates through by over 100 years. Why?

When English first began its written life, words were spelled according to how they were pronounced. Through began life as the Old English word spelled either as thurh or thuruh. Old English, used from about 500-1100AD, was a completely phonetic language: in other words, you said every letter in the word. That began to change as English was influenced (through invasions and political upheaval) by Old Norse and French. Some words (like through) gained additional spellings that were based on the changing ways that words were pronounced throughout the English-speaking world. Scholars have found over 50 spelling variants of through, everything from thru to thorgh to thorth to throche to through.

How did we go from several dozen spellings of through to just two? Standardization. The introduction of the printing press in England began the process of standardizing spelling in the early 16th century, and this trend slowly continued until the 1800s. Spelling variants continue to exist, of course – witness thru – but we no longer have the abundance of them that we had in the 1500s.

We've come to think of English spelling as static, which is in part why the AP Stylebook's announcement drew so many gasps. All that said, thru is still considered an informal variant of through, despite its history and the AP's limited approval.