These words are always in the news. But do you know where they come from? 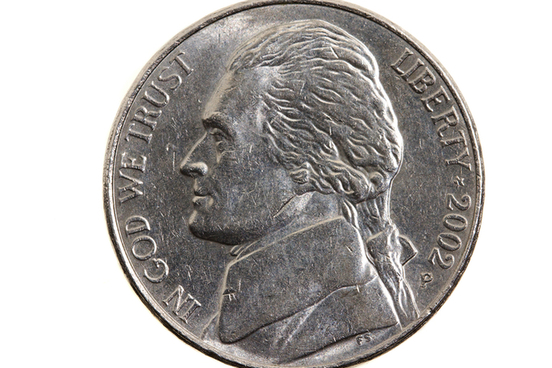 A 'picayune' was a coin of low monetary value in the 19th-century American South. When 'The Times-Picayune' was originally published as 'The Picayune' in 1837, it sold for about 6.25 cents.

As Found In: The Times-Picayune (New Orleans)

In the 19th-century American South, a picayune was a coin with a low monetary value. The word derives from picaioun, which means "small coin" in Occitan (a language spoken in Southern France). The Occitan word pica means "to jingle" and was created to mimic the sound of coins jingling. Originally published as The Picayune in 1837, the New Orleans paper was named for the price for which an issue was sold—about six and a quarter cents. Picayune can additionally mean "petty or trifling," as in "picayune complaints." 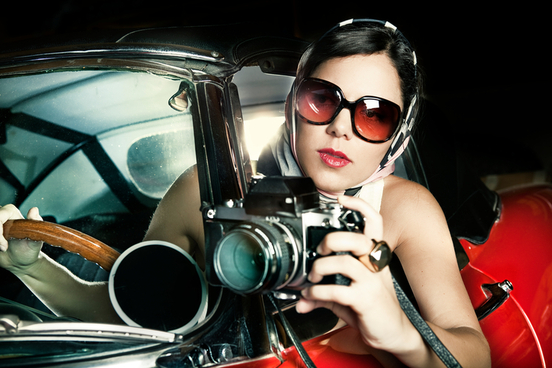 An 'intelligencer' is a spy.

As Found in the Name of: The Seattle Post-Intelligencer

An intelligencer can be a newspaper or news reporter. Originally, however, the word referred to someone who worked gathering field intelligence of a confidential sort—that is, a spy:

Up to this time, so our intelligencers reported, there had been many projects of invasion put forward, but all had been rejected.
—Sir Julian Stafford Corbett, England in the Seven Years' War, 1907

Both the "reporter" and "spy" senses date to the 16th century, and the word's use in newspapers dates almost as far back as well. 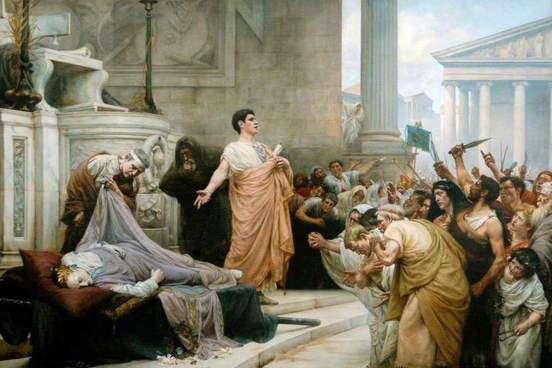 In ancient Rome, 'tribune' referred to any number of elected officials.

As Found In: The Chicago Tribune, The Salt Lake Tribune

In ancient Rome, tribune referred to any number of elected officials; their job was, in effect, to protect the citizens by providing a check on the authority of the senators. "In this character, and with the consent of the Roman, the tribune enacted the most salutary laws for the restoration and maintenance of the good estate," wrote Edward Gibbon in The Decline and Fall of the Roman Empire.

A close modern analogue to the Roman tribune is the ombudsman, who receives and investigates complaints made by individuals against the wrongdoing of public officials. Another sense of tribune refers to a dais or platform from which an assembly is addressed. 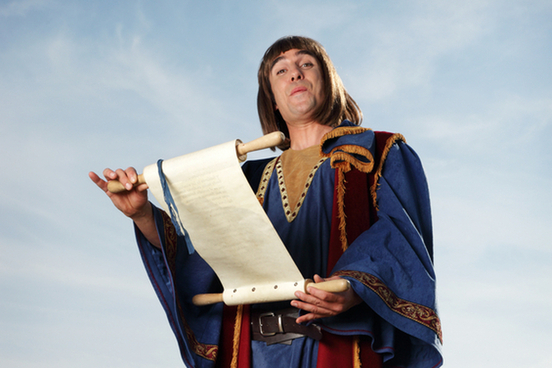 As Found In: The Miami Herald, The Omaha World-Herald

Many newspaper names hark back to the days of town criers and public messengers calling out the news of the day in public arenas. That's the case of herald, which in medieval times referred to the official that called out announcements at jousting tournaments. Similar words that describe the same kinds of duties include messenger _(as in _The Messenger of Fort Dodge, Iowa) and courier (as in The Post and Courier of Charleston, South Carolina). Even the name Mercury (in such papers as The Portland Mercury and The Mercury News of San Jose) fits in this category, since Mercury was the messenger of the Gods in Roman mythology. 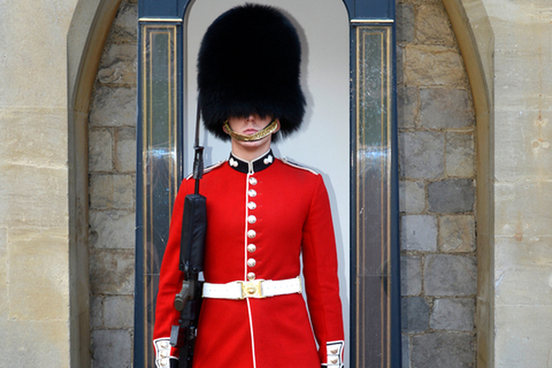 A sentinel is a guard or a person who keeps watch.

As Found In: The Orlando Sentinel, The Milwaukee Journal Sentinel

A sentinel is a guard or watchman, or it can describe a military watchtower. It is one of a number of words that, when used in the name of a newspaper, tie the work of a journalist with that of one keeping watchful eye on the events in a vicinity. Observer (as in the Charlotte Observer) and examiner (as in the San Francisco Examiner) are similarly named.

Sentinel derives via Middle French and Old Italian from the Latin sentire, meaning "to perceive." 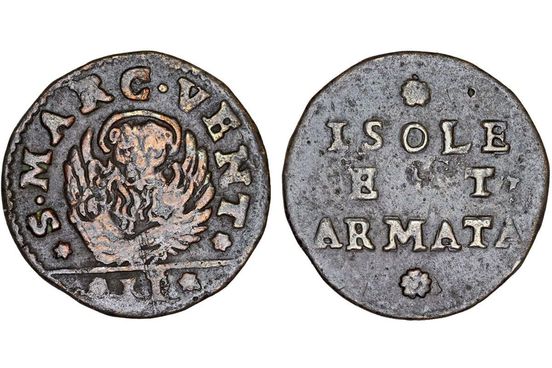 A 'gazzetta' was a coin in 17th-century Venice.

As Found In: The Pittsburgh Post-Gazette, The Arkansas Democrat-Gazette

The original Gazettes were a series of bulletins published in England in the 17th and early 18th centuries. These official journals contained notices of government appointments and promotions, as well as items like bankruptcies, property transfers, and engagements. The word derives via French from Italian gazetta, so called because in 16th and 17th-century Venice, such a periodical could be bought for a small copper coin called a gazzetta. 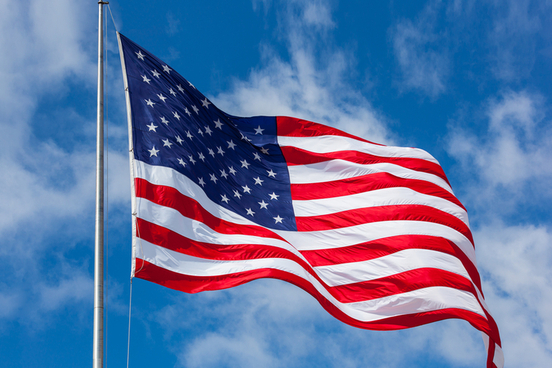 A 'standard' is a flag or banner used to mark a rallying point, especially in battle, or to serve as an emblem.

As Found In: The Post-Standard (Syracuse, New York)

Standard has many senses in English, but the applicable one here refers to a flag—originally, one bearing heraldic devices (as may be carried by a standard-bearer). Banner gets similar treatment in names such as the Athens Banner-Herald (Athens, Ga.). 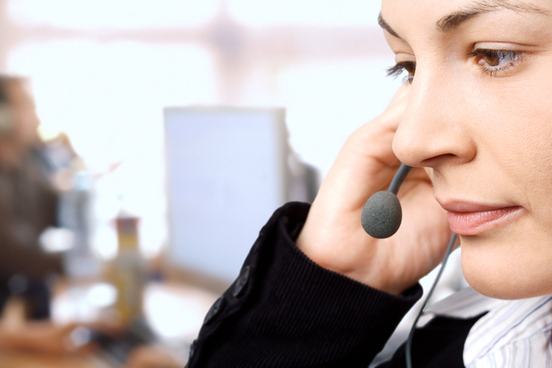 A 'dispatcher' is in charge of sending others away to do something.

As Found In: The St. Louis Post-Dispatch

To dispatch to send another away to do something, as in the case of ambulances or police officers. Additionally, a dispatch is a message sent off quickly. In military and governmental contexts, it refers specifically to a message sent in cipher, and later to a news item delivered from the field to a newspaper or news agency. This sense reinforces the notion of reporters as correspondents delivering updates back to the home base. 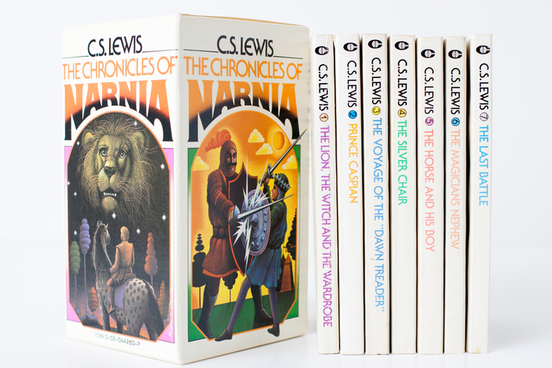 A 'chronicle' literally refers to an account of events in the order in which they happened. (Which, incidentally, doesn't really describe the Chronicles of Narnia, but that is neither here nor there.)

As Found In: The San Francisco Chronicle

Appearing in a number of literary titles (e.g., The Chronicles of Narnia; The Heidi Chronicles), chronicle, from the Greek chronika, literally refers to an account of historical events presented in the order they happened. Nowadays it is used more generally to mean "narrative."