Are Americanisms Rank and Vile, or Odious and Vulgar? 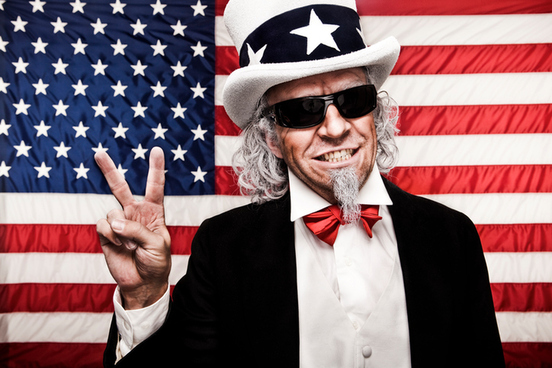 The American variety of the English language has contributed a great number of interesting and peculiar words to our vocabulary. Words such as riproarious (“hilarious”), flummadiddle (“nonsense”), and bodacious (“noteworthy”), all of which first appeared in the United States in the 19th century. Who doesn’t love a nice, juicy Americanism?

A great number of people, it turns out, many of whom are from the United Kingdom.

British writers have been mocking Americanisms for hundreds of years now, although in some cases the objects of their derision are not actually from North America (or even commonly used here). Which is fine, since an Americanism needn’t have originated in America; it is defined as “a characteristic feature of American English especially as contrasted with British English.”

Following are 7 cases where British writers have accused some word of having socially awkward parentage. 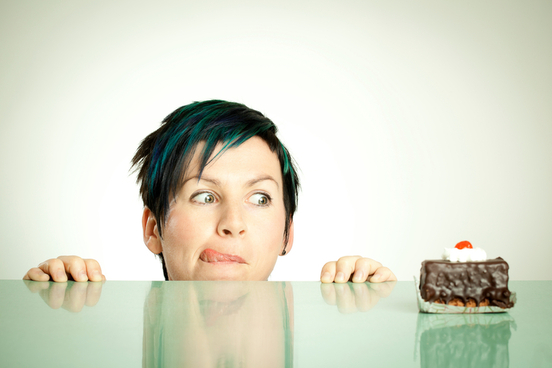 Definition: to entertain or express a wish to have or attain

What the learned gentleman chiefly desiderates (a vile Americanism for wants) is more concentration of purpose; like water spread upon a plain his great powers are lost by diffusion.
—The London Magazine, 1 Dec. 1826

Desiderate smells a bit like one of those jocular 19th century Americanisms, perhaps coined in the same region that gave us conversate or absquatulate. It is not. The word has been in use since the beginning of the 17th century, and for the first century or two of its life was primarily employed by British writers. It comes from the Latin desiderare (“to desire”), which is also the source of the lovely (and obscure) word desiderium (“an ardent desire or longing; especially: a feeling of loss or grief for something lost”).

Clemencie, the most dangerous companion that euer your Maiesty caried about with you, howsoeuer a part desiderated in many Princes.
—A Bonefire for His Maiesties Double Deliuerie, 1607 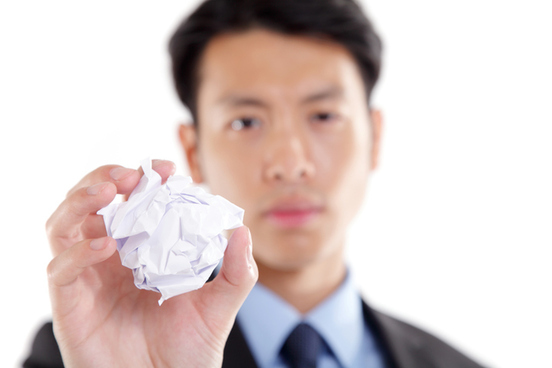 We tend not to convert nouns into verbs (avoid "to hospitalise," "to scapegoat," "to rubbish," "to debut").
—Entry on Americanisms, BBC News Style Guide (Web)

It is doubtless helpful to BBC reporters to know that they should not use rubbish as a verb. It is, however, somewhat curious that this admonition should appear in a section devoted to Americanisms, as we likewise do not use the word in this fashion. Our Unabridged Dictionary provides a definition for this word as a verb, noting that its use is British. Although a number of UK-based lexicographic concerns do offer definitions for rubbish as a verb, the word is curiously absent from most dictionaries compiled in the US. Because it is not an Americanism. So stop rubbishing us about it (is this how it’s used?)

David Beckham has rubbished claims that he and wife Victoria stay together because of "brand Beckham".
—BBC.com, 29 Jan. 2017 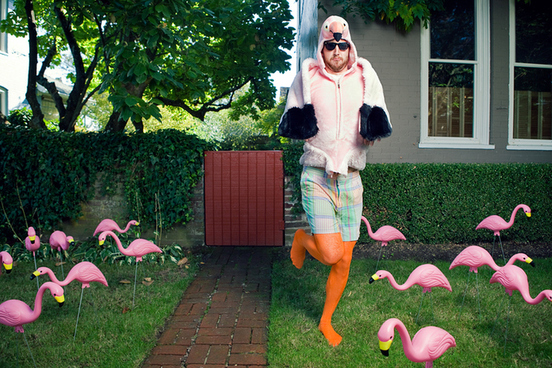 Definition: the quality or state of being ridiculous

I enjoy Americanisms. I suspect even some Americans use them in a tongue-in-cheek manner? "That statement was the height of ridiculosity".
—Bob (Edinburgh), BBC News Magazine, 20 July 2011

Ridiculosity was a submission entered in an article in the BBC News Magazine, titled “Americanisms: 50 of your Most Noted Examples.” While this article was a splendid way to encourage reader participation (there were many quibbling submissions sent in), it did not appear to have checked the offending words to see whether they had in fact originated in America. There is no way to be certain of this, but we suspect that many Americans would be happy if we were able to claim parentage of a specimen such as ridiculosity. Sadly, this is not the case, for the word has been in use in British writing since the middle of the 17th century, well before we began to use it.

Yea, is it not an impious ridiculosity to affirme it, when notwithstanding we do transgresse the Commandements of our Master a thousand ways?
—John Bastwick, The Church of England, 1645 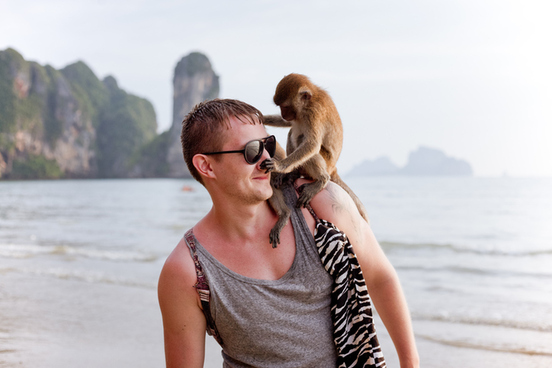 Mr. Farjeon writes without distinction; he disfigures his first page by the peculiarly rank Americanism of using “human” as a substantive, and some of his sentences would be the better for a more bracing sense of grammar.
—The Saturday Review (London, England), 31 Jan. 1891

The 19th century review quoted above does a fine job of sneering at poor Mr. Farjeon, and points must be awarded for style (“peculiarly rank Americanism” is a nice turn of phrase). However, points must also be deducted for inaccuracy. Whether the use of human as a substantive (“a word or word group functioning syntactically as a noun”) is “rank” is subject to debate; what is not is the history of the word. Human was first used in English as an adjective (around 1450), and later began to be used as a noun. The noun form has existed for considerably more time than America has (our records indicate it goes back to at least 1507). 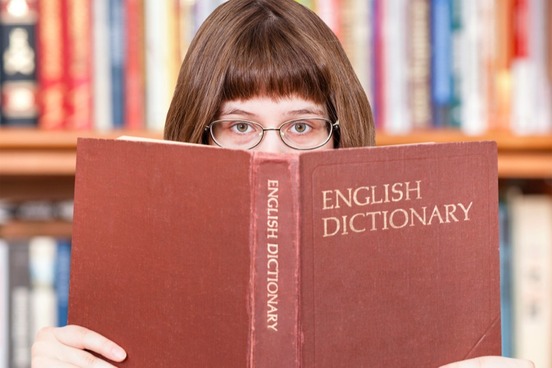 Definition: suitable or fit to be relied on : dependable

Sir,--“Telegram” may possibly be a useful word. I have heard the same utilitarian apology offered for the vile Americanism “reliable.” But there are times when etymologers must protest.
—Richard Shilleto, (letter) The Times (London, England), 15 Oct. 1857

The angry letter-writer quoted above was widely regarded as one of the finest Greek scholars in the 19th century (and before you snigger at his use of the word etymologer you should know that this is an acceptable, although rare, variant of etymologist). And before you snigger at him for asserting that reliable was a “vile Americanism,” you should know that it was not uncommon for educated people in the 19th century to make this claim (J. H. Friswell, in his 1870 book Modern Men of Letter Honestly Criticised, called it “an odious Americanism”).

Reliable is not an Americanism; it has been used to mean “fit to be relied on” since the middle of the 16th century. The Oxford English Dictionary does note, however, that the sense of the word which is often used to refer to dependability in goods or services does appear to have originated in the United States. 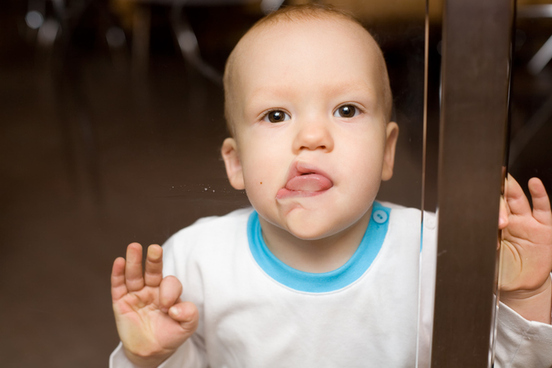 Definition: held by or as if by a spell

The occasion was the annual dinner of the Canning and Chatham Clubs, the nursery, as their names imply, of undergraduate Conservatism; and for nearly an hour Lord Cairns held us, to use an odious Americanism, spellbound.
—James Atlay Beresford, The Victorian Chancellors, 1908

When one encounters a sneering comment about an apparent Americanism, such as the one above, it often appears that the author is using Americanism to mean “word which I greatly dislike,” as opposed to “a characteristic feature of American English.” There is no indication that spellbound is peculiar to this side of the pond, and our earliest evidence of the word in use comes from a distinctly British source, the playwright and actor David Garrick.

He merits all our wonder, all our praise!
Yet ere impatient joy breaks forth,
In sounds that lift the foul from earth;
And to our spell-bound minds impart
Some faint idea of his magic art.
—David Garrick, Testimonies to the Genius and Merits of Shakespeare, 1769 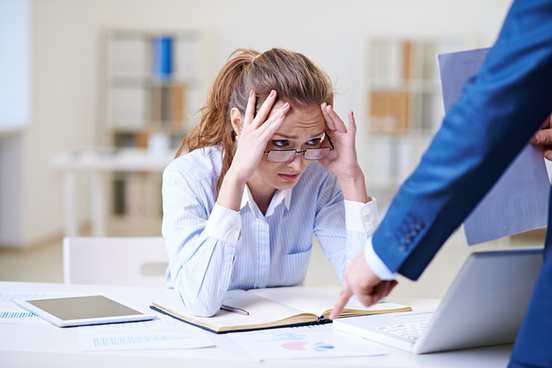 Definition: to speak slightingly of : disparage

What an expression!—It may be an elegant one in Virginia, and even perfectly intelligible; but for our part, all we can do is, to guess at its meaning.—For shame, Mr. Jefferson!—Why, after trampling upon the honour of our country, and representing it as little better than a land of babarism—why, we say, perpetually trample also upon the very grammar of our language? … Freely, good sir, will we forgive all your attacks, impotent as they are illiberal, upon our national character’ but for the future, spare—O spare, we beseech you, our mother-tongue!
—The European Magazine, and London Review (London, England), Aug. 1787

In all fairness to the British quibblers and scolds who have populated this list the word belittle does appear to be a genuine Americanism, coined by one of our most famous citizens, Thomas Jefferson. It is included in this list in large part due to the marvelously splenetic tone of the complainant; perhaps a day will come again when people quibble about language use with the phrase “O spare, we beseech you, our mother-tongue!”

So far the Count de Buffon has carried this new theory of the tendency of nature to belittle her productions on this side the Atlantic.
—Thomas Jefferson, Notes on the State of Virginia, 1782