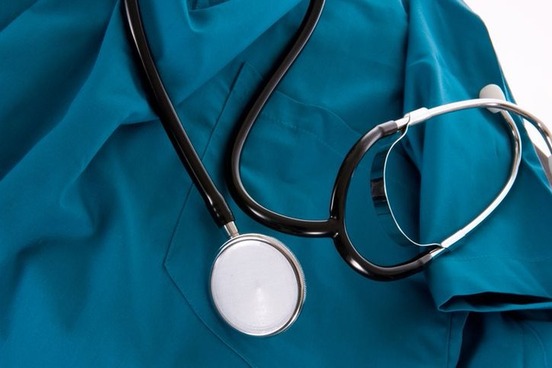 Most words develop abstract meanings from concrete ones, but garb is different: it developed the other way around.

Garb initially meant “stylish in looks or bearing” in English, a synonym of elegance or grace. It came from the Italian word garbo, meaning “grace, charm, good manners,” but it also had a more concrete use, meaning “form” or “contour of a ship’s hull.” This last meaning may have developed from a dialectal word for “model of a ship’s hull” that ultimately traces back to the Arabic word qālib meaning “mold” or “shoemaker’s last.”

Early English dictionaries included entries for garbo as a borrowing spelled as it would be in Italian:

Several decades later, the spelling had shifted to garbe:

Garbe, a sheaf of corn, from the french word gerbe, a bundle; also handsomness, graceful carriage, from the italian word garbo
— Edward Phillips, The new world of English words, or, A general dictionary containing the interpretations of such hard words as are derived from other languages, 1658

These early dictionaries missed an important usage of garb, however. Sometimes it simply meant “style” or “fashion” or “prevailing mode,” and Shakespeare used it that way, when Hamlet welcomes the troupe of players:

Gentlemen, you are welcome to Elsinore. Your hands, come then. Th' appurtenance of welcome is fashion and ceremony. Let me comply with you in this garb—lest my extent to the players, which, I tell you, must show fairly outwards, should more appear like entertainment than yours.

Shakespeare also used garb when referring to a person’s accent, in Henry V:

You thought, because he could not speak English in the native garb, he could not therefore handle an English cudgel: you find it otherwise; and henceforth let a Welsh correction teach you a good English condition.

Garb then made the leap to the concrete, referring to “style or manner of dress.” It wasn’t until the latter part of the 1600s that garb meaning “clothing” became common.

Today, garb connotes specificity. One rarely says “I always admired her garb,” or “The children wore their best garb to the party”; garb is nearly always modified to make it refer to a very particular type of clothing:

the traditional garb of the herdsmen out on the steppes 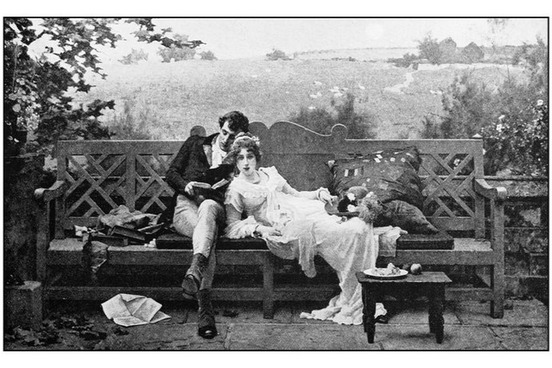 Using raiments to mean “clothes” gives writing a distinctly archaic tone. Like other archaic terms, it is sometimes used when describing archaic clothing; it adds antique color to descriptions:

Its use has broadened to mean exotic clothing of some kind or simply “costume”:

Black Panther costumes — whether the character’s full raiment or just his claws and mask — are on toy store shelves (and, of course, on Amazon) in anticipation of the film’s Feb. 16 release.
— Kwame Opam, The New York Times, 13 February 2018

If I met you I might briefly imagine you in 18th century clothing or the raiment of Utzi or pharaonic trappings.
— Annie Proulx, quoted in The Houston Chronicle, 23 September 2017

It is still occasionally seen these days, but more frequently to mean something closer to “style”:

When I am with him in the dim corner of our usual mamak joint, regret and remorse are the mournful raiment of his voice.
— David Christy, New Straits Times (Malaysia), 13 January 2018

They are displayed to the max in the production in which Aurora's 100-year slumber is paralleled by Russia's rejection of its traditional Slavic raiment and its ensuing passion for French culture.
— Allan Ulrich, The San Francisco Chronicle, 25 January 2018

Raiment is an alteration of arrayment, which comes from the verb array, whose original meaning is “to set or place in order” and later developed the meaning “to dress or decorate especially in splendid or impressive attire.” The noun array came from the original definition of the verb and came to mean “arrangement” or “grouping” as in “A large array of colors.” 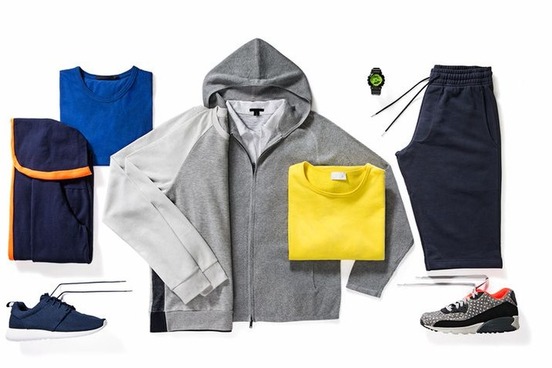 When a word enters one language from another, its development is very often split afterwards—the two words no longer share a cultural context, and divergent lexical paths ensue.

Such is the case with the French word appareil (pronounced \ah-pah-rehy), which became apparel in English. Appareil shares a root with apparatus; both are from the Latin verb apparāre meaning "to make ready, make preparations for." In English, apparatus came to mean “equipment” or “organizational structure” and apparel came to mean “clothing of a particular kind.” In French, appareil developed the way that apparatus did in English, meaning “device,” “appliance,” and specifically “telephone” (short for appareil téléphonique)—and there is no parallel “clothing” sense for the word in French.

As usual for Latin-derived words in English, there’s a technical tone to the usage of apparel, which is found in catalogs and categorizations in retail contexts (“women’s apparel”) but is rarely used as a synonym of the workhorse Anglo-Saxon word clothes. 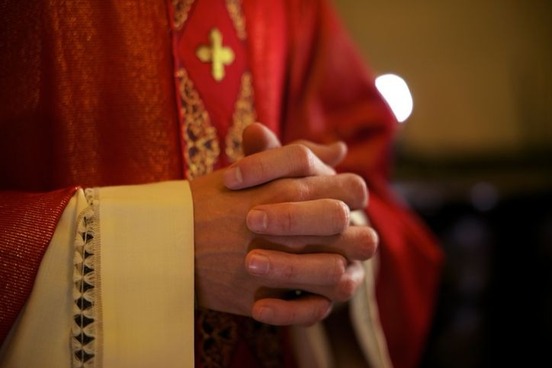 The word vestment is redolent of ceremony. It is overwhelmingly used today to describe religious clothing and is most frequently paired with the word ecclesiastical; other words like liturgical, papal, and royal are also frequently found modifying vestment. All of these modifying words have Latin roots, and most, like vestment, came to English through French. Its ultimate Latin root is vestire, meaning “to clothe.”

The narrow use of vestment in English isn’t the way that the French use it: in modern French, vêtement is the equivalent of clothes or clothing. Indeed, it was less specifically religious in early use in English, and Shakespeare uses it to describe both religious and non-religious garb.

Vestment is related to several other words that started out referring to clothes but have since developed other meanings. Vesture is used in similar religious contexts:

“The popularity of evensong suggests a longing for other forms of worship, with a focus on ceremony, ritualized behavior, and Anglican-like > vesture for the choristers."
— Religion Watch, 1 January 2018

Vesture is also used more generally to mean investiture, “the act of establishing in office” or “confirmation,” from the metaphorical “clothing” with the official robes of office:

The Blended Retirement System shatters the old paradigm in which a Marine was either a "first termer" or a "career" Marine by allowing service members to leave with some level of vesture for service short of 20 years.
— Carl E Mundy III, Travis Homiak, Justin W Dyal, Marine Corps Gazette, 1 January 2018

Both investiture and investment come from invest, which originally meant only “to clothe” but eventually came to mean “to commit (money) in order to earn a financial return” and, more generally, “to make use of for future benefits or advantages” (as in “invest your time wisely”). The root here goes back to Latin, where the word investire meant “to surround” as well as “to clothe.” Unlike the “clothing” senses of these words in English, which came from Latin through French, the “money” uses of invest came from Latin through Italian some three centuries after vestment. 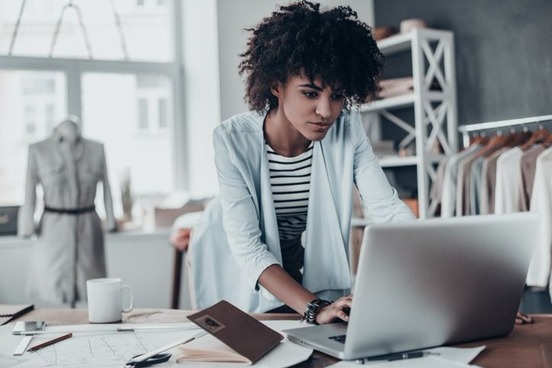 To garnish is to “embellish” or “decorate.” Decorating one’s body is perhaps a euphemistic way to say “getting dressed,” but that’s what we’re expressing—etymologically at least—when we use the word garment. The French verb garnir meant “to equip” or “to prepare” in the 14th century, when it came to English. It provided the root of the English words garnish, garniture, and garment. It’s interesting that Shakespeare used garment about twice as often as he used clothes.

As we have seen so frequently with such pairs of words, one derived from Latin and the other from Old English, garment is the word of choice for official or legal purposes, used in expressions such as garment industry, garment workers, garment manufacturers, etc. 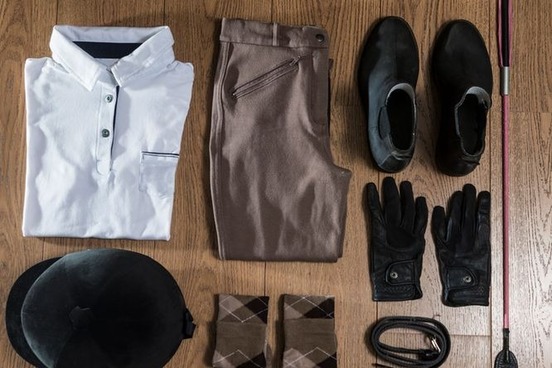 Togs is a British English term meaning “clothes.” Dating only to the mid-1700s, it comes from the use of tog meaning “short coat,” which is an abbreviated form of the slang term togeman (“cloak” or “loose coat”), which derives from toga, the loose outer garment of ancient Rome.

Togs is often used with reference to a specific kind of clothes: golf togs, riding togs, beach togs. A more general term meaning “clothing” is toggery, a word which can also mean “a clothing shop.” 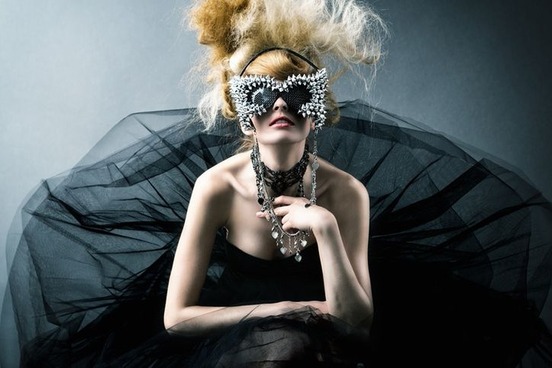 When we hear the word couture, we immediately think of the very high end of clothing: runway models and clothing as an art form more than a practical necessity. Nevertheless, the word itself brings us back to the most basic element of all for clothes: couture is French for “sewing.” It also means “needlework,” and the more general “dressmaking” as well as the specific “seam” (something that is joined by stitching).

Unlike most other French borrowings that refer to clothing—words that go back centuries, couture is a relatively recent addition to English—dating only to the early part of the 20th century. That’s one reason why its spelling and pronunciation has remained similar to that of modern French, though in French, couture is pronounced \koo-tewr\, and in English it’s often pronounced \koo-TOOR.

A slightly older borrowing is couturier, meaning “dressmaker” or “tailor” in French but now used to indicate a fancy (not to say fancy-pants) establishment or the designer of clothes for such an enterprise. 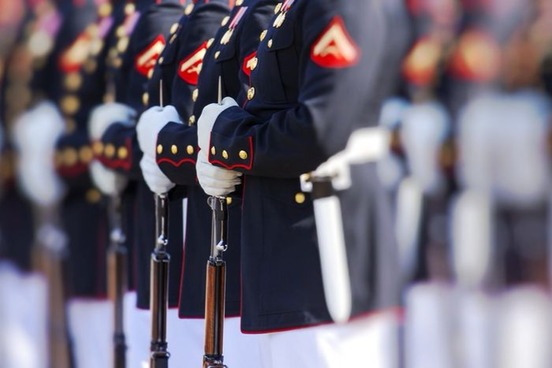 The word habiliments has a distinctly archaic flavor, and if it is ever used today as a synonym for clothes it’s done in a jocular tone. It was used for “clothes” and also, in its oldest sense, for “equipment” or “gear”—sometimes with a specific military meaning of weapons and ammunition. It later came to mean “clothes,” but often with a notion of the exotic or the special, as Shakespeare employed the word in Antony and Cleopatra:

She in the habiliments of the goddess Isis that day appear'd.

He also used it in the military sense with these lines from Richard II:

Both who he is and why he cometh hither

Thus plated in habiliments of war

Despite a superficial resemblance to another word that can mean “clothing,” habit, habiliments is not related to the word that we still use when referring to the outfit that a nun wears.

That the “equipment” meaning came first isn’t surprising considering the word’s history: it comes from the Old French verb abiller, meaning “to prepare” or “to equip,” itself derived from bille, meaning “trimmed wood” or “log.” It seems that in the Middle Ages, being well-dressed meant coming prepared to fight.