Some things require a little explanation

New meanings for existing words can slip into the language with little fanfare. They often reflect slight changes from the word’s established usage and enter the vocabulary gradually. Sometimes, language changes just fast enough that we notice, but usually it changes so slowly that we don’t. If a word’s new usage is useful, we use it, and it's the dictionary's job to catch up. Such is the case with explainer. 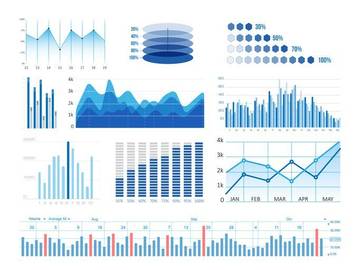 As you can see here, there are a lot of charts and graphs.

As an unremarkable word meaning “one that explains,” explainer has been around for more than 400 years. But now that we can learn how to fix plumbing or change a tire on YouTube or look up instructions and recipes online, it’s likely that when we seek an explanation for something today, we don’t necessarily need to find an expert, a consultant, a trusted colleague, or even a parent: we find the answer online. Indeed, whole genres of how-to videos exist, along with podcasts that explain complex economics and political stories and easy-to-read short essays that give instructions, with Google-friendly titles like “How to Fix a Leaky Faucet” and “How to Sew a Button.” Initially we saw explainer as a modifier:

At some point, the adjective slid over to the noun position: “explainer video” became “video explainer.” Finally, it stood by itself to mean “an article, podcast, graphic, etc., that explains something complex or not widely understood”:

Ten or fifteen minutes for an interview or a podcast or an explainer with maybe one or two small snippets of useful information is unbearable.
— Mother Jones, 22 September 2016

Should Scotland be an independent country? So what would a yes vote mean for the Scots? We have an explainer on the upcoming referendum.
— PBS Newshour, 5 September 2014

Selections range the gamut of literary explorations of tennis to explainers of genome science.
— Mashable, 5 December 2016

Explainer seems to have originated a term of art in the press for articles that purport to explicate complex matters of many kinds. The earliest uses of the term are connected with television journalism:

"We did a brief explainer at the beginning of our normal 6 o'clock newscast explaining on-air what the problem was with some videotape that showed the smoke boiling out of that underground transformer," Lynn said.
— Richard Wallace, The Miami Herald, 27 July 1986

You'll remember that First Secretary Fawn Hall was heard, from opening remarks to closing peroration, and that each of her words were dissected by the media explainers in service to television.
— Steve Daley, The Chicago Tribune, 24 September 1987

This explainer about the depression of the Central Artery and the construction of a third tunnel under the harbor isn't a bad effort by Channel 4; it's useful and enlightening, which is more than can be said about most things in life.
— Ed Siegel, The Boston Globe, 5 September 1989

Nothing happens in a vacuum—there’s a history of similar words used in journalism and especially in the world of newspapers and print publishing. Terms like kicker, chaser, header, footer, descender, ascender, and others are used daily as in-house publishing shorthand. And new terms keep coming, like backgrounder:

The quotes from the psychologists, who admittedly were not intimate with the Dukakis illness, did not go beyond those used in the types of backgrounders and explainers newspapers utilize to help enlighten readers about a specific problem involving a public figure.
— Robert Kierstead, The Boston Globe, 27 November 1989

Explain derives from the Latin word explanare, which literally means “to make level,” and the -plain part is ultimately from planus meaning “level, flat,” which is also the root of both plane and plain in English. It’s interesting that, etymologically, “to make level” came to mean “to make plain,” as in “to make understandable.” Also notable is that another Latin borrowing competes with explainer for a time in English: explanator was borrowed directly from Latin in the 1600s, meaning “one that explains.” It’s very rarely used, however, so like this new use of explainer it may require a bit of clarification.