'Exaggerate': An Accumulation of Meaning

From "pile up" to "overstate"

We've all experienced that combination of mild embarrassment and vexation, when, after having used a word in a commonly understood manner, some relative or acquaintance (or Internet stranger!) raises an eyebrow and offers an unsolicited correction. You know, one who will say “Ummm, when you say exaggerate, do you mean that the truth was overstated, or that things were accumulated and piled up?”

Silly, isn't it? To not accept that words change meaning, and to insist that someone use an outdated sense of exaggerate simply due to a misplaced adherence to etymological fidelity and a desire to correct others would be absurd (right, decimate?). But in case you want to be one of those people, let’s look at the history of exaggerate. 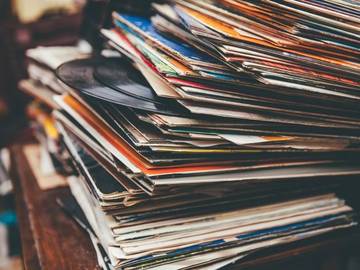 Our records indicate that when exaggerate was first used in English it was in the sense “to accumulate, heap up,” except that the things being heaped did not necessarily have to be physical objects; one could exaggerate a quantity of ideas, for instance.

…why you shulde suppose and thynke euery inobedience and transgression of euery commaundement thoughe never so smale: so to be exaggerate, heped, and iuged so great synne.
— Richard Whitford, Here Begynneth the Boke Called the Pype, 1532

Here ye rage, here ye exaggerate and heap vpon me a thousand blasphemies for saing ye trwthe, That chryst thought as he said, as he expressed his thought by his worde.
— George Joye, The Refutation of the Byshop of Winchesters Derke Declaration of his False Articles, 1546

Of course, it is quite possible that exaggerate was in use prior to the 1530s, and we just don't have any written record of it. If this is the case, we don’t really know what the first intended meaning of the word was. For example, Thomas More, that noted humanist and scholar, managed to use exaggerate in two different senses in two different books in just one year, 1533 (once meaning “to accumulate” and once meaning “to overstate”).

And how could it that haue made them wonder (that thyng I say that he speketh of, and so sore exaggerateth to encrease the wonder) that ys to wytte that his fleshe sholde be eaten in forme of bred, and that as long as thycke, as depe, and as brode, as yt was whan yt hanged on the crosse.
— Thomas More, The Answere to the Fyrst Partye of the Poysened Booke, 1533

But & yf he wold nedes walke playnly forthe and take no such bye wayes, he wold not yet at the leste wyse not accumulate & exaggerate the greuys, and by all the meanes he myghte, make the letter greues appere many, great, and mooste odyouse.
— Thomas More, The Apologye, 1533

If you really want to be that person (or, more accurately, that person...) you'll need to know exaggerate’s etymology: the word comes from the Latin exaggerare (meaning “to heap up”), which is itself composed in part of agger, meaning “heap.” But the downside to weaponizing that knowledge is that you’d then have to insist that aggravate means “to weigh down” (since it comes from the Latin aggravāre, with the same meaning), whenever people described your behavior.

Your best bet, as always, is just to learn a new thing and be cool about it.