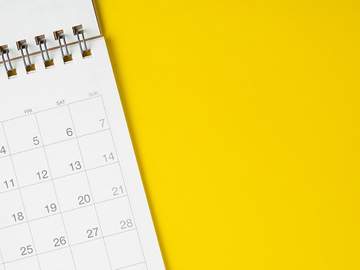 Check here daily until you have them figured out.

We all make decisions about which words to use when we write every day.

It’s one of the maddening complexities of English that we easily agree to make compound words—words composed of other words mashed together—but we don’t agree on easy or even consistent guidelines for doing so: sometimes we write this sometime adjective, when it’s used as a noun that expresses duration, as some time. Or we might write “Call me anytime” at any time. And have afternoon tea, but only if it’s actually after noon.

How to Use Most Compound Words

There is, however, a hint of a method to this spelling madness. In cases like these, when words that seem to have competing forms appear sometimes closed or sometimes separately, the closed versions (those written as a single word) are words that describe or modify other words:

He was a sometime actor. ADJECTIVE

I never go there anymore. ADVERB

When the constituent words appear separately, these terms are nouns that are modified by the words that precede them (like some, any, or every).

I’ll see if I can find any more. NOUN

Every day I have the blues. NOUN

This is pretty straightforward. Except, of course, for the exceptions (this being English).

Because there are also words like evergreen or thoroughbred that are closed, both as nouns and as adjectives.

And anywhere is written in the same form, whether as an adverb (“Go anywhere you like”) or as a noun (“Easy to find from anywhere”).

Or words like everybody and anyone which are closed as pronouns and not used as adjectives or adverbs.

Then, of course, there are compound nouns that have different meanings when closed or open. After all, a superhero is often different from a super hero. Underpants still should be worn under pants.

There’s even a sneaky category of words that behave like adjectives in some situations, like afternoon (as in “an afternoon nap”), even though they are technically nouns. When used this way, these nouns are called attributive, because we never say afternoonest or claim that one hour is “more afternoon” than another.

So, despite the sometimes confusing pairings of altogether different words that are nevertheless spelled with the same letters, the simplest advice is: avoid confusing these everyday words every single day.