1 : having foliage that remains green and functional through more than one growing season — compare deciduous sense 1
2a : retaining freshness or interest : perennial
b : universally and continually relevant : not limited in applicability to a particular event or date This morning writer Erin Gloria Ryan tweeted, "It has not been a good 24 hours for masculinity." It's a sort of evergreen tweet that might be true at most times over the last several thousand years.— James Hamblin He'll spend a good chunk of the special talking about his family, and some time discussing politics, too, though he has been admonished to stay close to "evergreen" material for re-runs.— Michael. K. MacIntyre

Definition of evergreen (Entry 2 of 2)

1 : a plant having foliage that remains green and functional through more than one growing season If temperatures are above 40 degrees, spray broadleaf evergreens with an antidesiccant to ward off winter dehydration and windburn.— Jessica Damiano especially : an evergreen conifer Evergreens, on the other hand, endure winter's ice with hard, tough-skinned needles that continue food production throughout the seasons. — Richard Wolkomir
2 plural : twigs and branches of evergreen plants used for decoration
3 : something that retains its freshness, interest, or popularity
Did you know? More Example Sentences Phrases Containing evergreen Learn More About evergreen

Which adjective do you think has existed longer in English, evergreen or perennial? If you count the hyphenated form ever-green (which of course means "always green"), then evergreen is older; its earliest known use dates from the 16th century. The hyphen-free form is first seen in writing from the 17th century as an adjective as well as a noun, meaning "conifer." The earliest known use of perennial as an adjective meaning "remaining green all year long" appears in the first half of the 17th century. Evergreen also wins in the more general "long lasting" sense. It began appearing in figurative use circa mid-17th century, whereas perennial began to be used with that "enduring" meaning in the early 18th.

Examples of evergreen in a Sentence

Adjective Most pines are evergreen trees.
Recent Examples on the Web: Adjective Obviously the evergreen Italian titans—Emporio and Giorgio Armani, Prada, Dolce & Gabbana, Fendi, Etro, Brunello Cucinelli et al—will be present in full effect (with some as yet unannounced side-activations to be revealed). — Luke Leitch, Vogue, 18 May 2022 From evergreen forests to the high desert, Oregon’s smorgasbord of landscapes offers something for everyone. — Sunset Magazine, 5 May 2022 Lamb’s ear is an evergreen perennial with velvety silver leaves that’s low maintenance and deer resistant. — Jennifer Rude Klett, Milwaukee Journal Sentinel, 5 May 2022 For instance, nighttime fire detections were dominant in temperate evergreen needleleaf forests, where 38 percent of fire detections occurred at night. — Washington Post, 16 Feb. 2022 Oregon state park campgrounds were packed in 2021, as locals and tourists alike left the comforts of their homes to sleep under the stars, among evergreen forests and beside the gentle roar of the ocean. — oregonlive, 27 Jan. 2022 The lake, renowned for its bright blue hues and the evergreen forests that surround it, was smothered in a slate of sickly orange-gray haze. — BostonGlobe.com, 31 Aug. 2021 The lake, renowned for its bright blue hues and the evergreen forests that surround it, was smothered in a slate of sickly orange-gray haze. — New York Times, 31 Aug. 2021 Amid thinning evergreen forests and cattle ranches, Weed can have the feel of an Appalachian coal mining community searching for a new industry to sustain itself. — Thomas Fuller, Arkansas Online, 25 May 2021 Recent Examples on the Web: Noun In front, shrouded by an evergreen, was an old treehouse that Hunter and Bodie had played in as boys. — Stephen Rodrick, Rolling Stone, 1 May 2022 The small trees are a ubiquitous landscape plant in home gardens and commercial properties, popular for their glossy evergreen, leaves, edible fruit and their heat and drought tolerance. — Richard A. Marini, San Antonio Express-News, 7 Apr. 2022 My original evergreen-hued Exercise Dress has a thinner lining, and sweat shows up within 20 minutes. — Jenifer Calle, SELF, 22 Apr. 2022 One of the most popular Hindi films songs ever, it was sung by Mohammad Rafi, another evergreen, and Kalyanpur—not Mangeshkar. — Harish Pullanoor, Quartz, 13 Feb. 2022 So try the paradise pajaro manzanita, a bold evergreen with dramatic dark red bark with white, pink and startling red flowers. — Los Angeles Times, 19 Jan. 2022 Considering the ongoing drought in Southern California, a low-water, low-maintenance, deer-resistant evergreen, boon-to-native-wildlife addition to the landscape is just what the doctor ordered. — Michael Harrelson, San Diego Union-Tribune, 8 Jan. 2022 Décor included 30 evergreen trees and tree stumps from the province of Alberta, as well as custom sofas, pillows and lamps of Mr. Connelly’s design that were upholstered and sewn in Toronto. — New York Times, 18 Feb. 2022 This blanket comes in two colorways: cream with hints of blue and yellow woven throughout, and deep evergreen with pink, yellow, and purple notes. — Ariel Scotti, PEOPLE.com, 6 Jan. 2022 See More

These example sentences are selected automatically from various online news sources to reflect current usage of the word 'evergreen.' Views expressed in the examples do not represent the opinion of Merriam-Webster or its editors. Send us feedback.

First Known Use of evergreen

The first known use of evergreen was in 1579

Listen to Our Podcast About evergreen 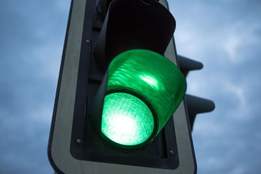 From colorfully-eyed monsters to naivety, this quiz is about all things green.

: a plant (as a pine or a laurel) having leaves that stay green through more than one growing season

Kids Definition of evergreen (Entry 2 of 2)

: having leaves that stay green through more than one growing season

More from Merriam-Webster on evergreen