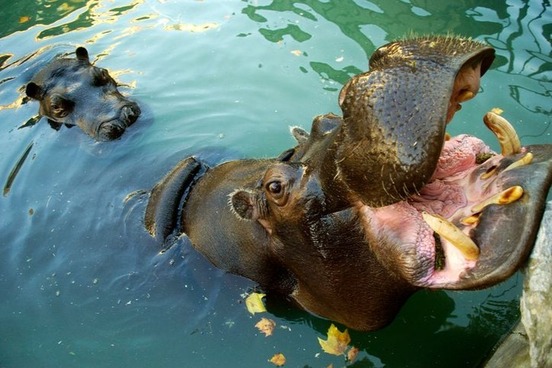 In the Book of Job, behemoth (from Hebrew via Middle English and Late Latin) describes a mysterious beast that resides in the current of a raging river. The clues given about the creature’s description—that it “feeds on grass like an ox”; that the “sinews of its thighs are close-knit”; and that its tail “sways like a cedar”—has led some biblical scholars to conclude that the creature in question may have been a hippopotamus.

Now behemoth is used to refer to something that is either physically large (like an oversized truck) or simply has a large presence:

Some writers have also used the word in a way that gives the perception that behemoths are slow and clumsy:

Only her family knew she was lazy as a behemoth, untidy about her person, and as sentimental as a hungry shark.
— Edna Ferber, “The Maternal Feminine,” in One Basket, 1919 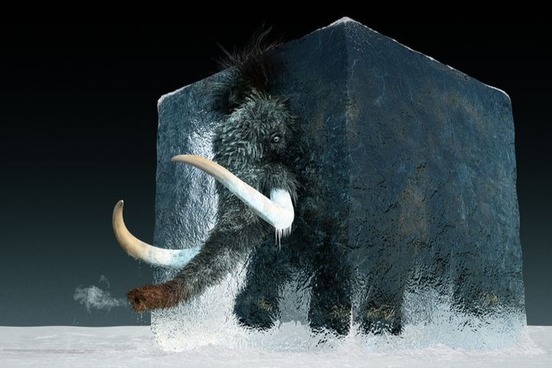 We know the mammoth to be the now-extinct ancestor of the elephant, active during the Pleistocene epoch. Unlike modern elephants, mammoths typically had highly ridged molars, long tusks that curved upward, and well-developed body hair.

Preservation of the animals’ carcasses in the frozen Siberian tundra have allowed researchers to study them in detail. It's also the reason that the name of the animal comes from Russian: mamont, mamot, perhaps from a Yakut word for the earth. Although it’s a mammal, mammoth does not derive from mammal.

Reflecting the animal’s immense size, mammoth can be a noun for a very large thing of its kind (as in “a mammoth of a linebacker”), but you’re more likely to see it used as an adjective meaning “very large” or “daunting”:

Installing the slide onto the side of the building was a mammoth undertaking. Angelenos could see the project unfolding before their eyes, when the slide was airlifted to the 69th-floor terrace in March. A fire department helicopter that could carry the slide's weight and size was hired to do the job.
— Sonya Hamasaki, CNN.com, 12 July 2017 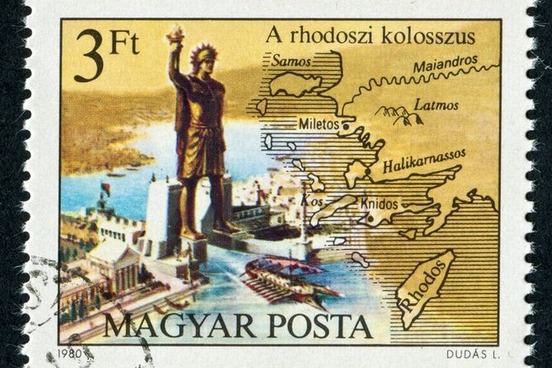 The Colossus of Rhodes, depicting the sun god Helios, was made of bronze and is said to have stood 70 cubits (approx. 105 feet) high. Erected in 280 B.C.E. by Chares of Lindos to celebrate the successful defense of Rhodes from a siege by the ruler of Cyprus, it stood until 226 B.C.E., when it was destroyed by an earthquake.

Colossi referred originally to this and other larger-than-life statues erected by the Greeks and Romans. Now a colossus can be anything of immense size or strength:

Any country living beside an economic and cultural colossus tends to shore up its separate identity by emphasizing its differences and ignoring its similarities. Few nations have mastered this better than Canada, which for decades has seen itself as a kinder, gentler counterpart to the United States. But under Stephen Harper, Canada's Conservative prime minister since 2006, the two countries have been converging.
— The Economist, 19-25 June 2010 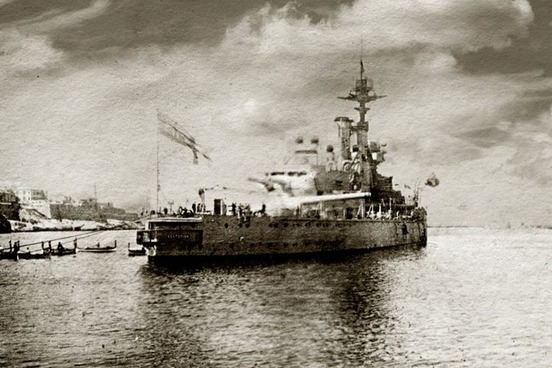 Among the things dreadnought has referred to is something that isn’t large at all: a garment made of wool, also called a fearnought, worn as a protection from the elements on ships. When the British Navy, in 1906, launched the HMS Dreadnought, the first battleship to have a main armament consisting entirely of big guns all of the same caliber, it soon followed that all ships of this type were called dreadnoughts.

When dreadnought is used for something of gigantic size, it’s often referring to something (such as an enormous car) comparable to a boat or ship:

But a plain old Pontiac Bonneville, dating from the mid-'60s, is more impressive for its latent historical integrity. It's a hulk that defies decoration, with a bulk that shrugs off slow metal oxidation in the uncaring elements. In my neighborhood, this dreadnought from the V-8 era of pre-EPA profligacy has been haunting the curb for months.
— Brian Miller, Seattle Weekly, 23 Mar. 2011 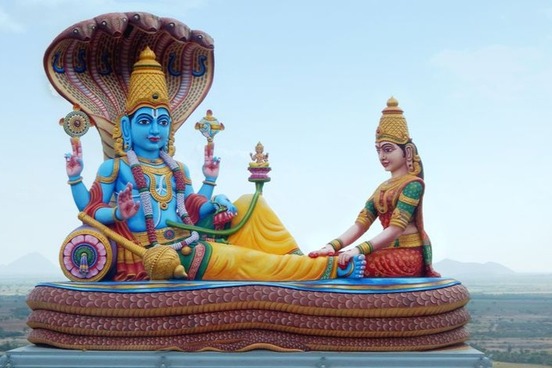 Juggernaut sounds on first hearing like it might be related to dreadnought—particularly when the word is applied to a moving force—but the words aren’t related and the –naut in juggernaut has nothing to do with sailing. The word derives from Hindi. In the 14th century , a Franciscan missionary named Friar Odoric spread the story of an enormous carriage bearing the image of the god Vishnu through the streets of India during religious processions. Vishnu’s title was Jagannath, which translates to “lord of the world,” and the story went that worshippers were so overwhelmed by Vishnu’s presence that they threw themselves beneath the wheels of the carriage as a sacrifice.

That story might have been an exaggeration, but juggernaut now undoubtedly carries the meaning of something (such as a streaking sports team or idea exploding in popularity) whose momentum cannot be stopped. 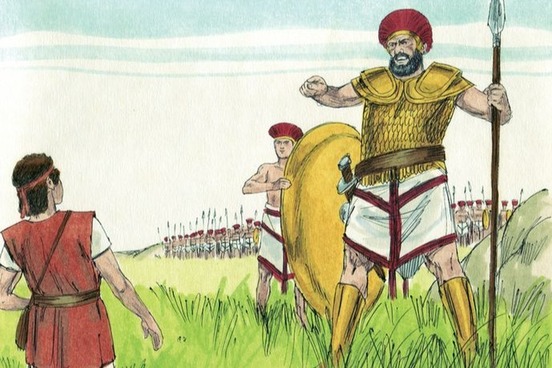 We go back to the Bible for Goliath, the Philistine champion “whose height was six cubits and a span” (KJV 1 Samuel 17:4). When Goliath issued a challenge to Saul’s people, only David, armed with a slingshot and pebbles, answered the call, defeating the giant; based on that story, the pair are often alluded to when one speaks of an underdog managing to overcome a mighty favorite, especially one positioned as an antagonist:

Of the 169 workers who cast ballots, 104 — or 61.5 percent — voted in favor of having the International Association of Machinists union represent them in collective bargaining.

"They stood up to a Goliath of a company," said Mike Evans, the IAM's lead organizer. "They were in a very nasty campaign where they attacked individuals. We stayed on course with education and opportunity and respect and dignity going forward, and here we are today with a win. We're very excited."
— David Wren, The Charleston (S.C.) Post and Courier, 31 May 2018 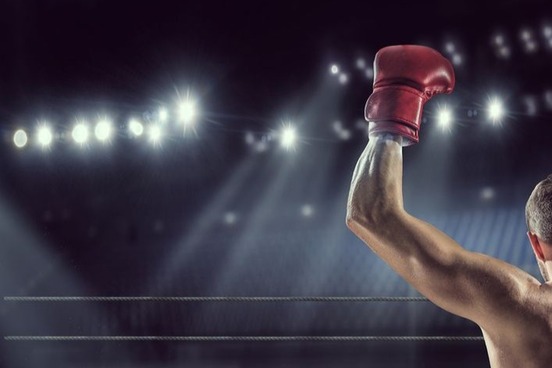 Whopper comes from whop, a verb meaning “to beat or strike” or “to defeat totally” and which itself derives from an alteration of the Middle English verb wappen, meaning “to throw violently.” The word carries the suggestion of something big enough to topple another, but even early uses of whopper could refer to something of great size that stands quietly, or that might make a great noise if toppled:

"Tom, you recollect that whopper of a saguaro up here where Carter's trail branches off the main trail to Casita? Well, I climbed it an' left my hat on top for a woodpecker's nest."
— Zane Grey, Desert Gold, 1913

In politics as well as other areas, whopper has come to mean a substantial or serious lie:

“Well---- As long as I can sit and play pinochle with Bea, and tell whoppers to Olaf about his daddy's adventures in the woods, and how he snared a wapaloosie and knew Paul Bunyan, why, I don't mind being a bum.”
— Sinclair Lewis, Main Street, 1920

The use of a word for something of great size to refer specifically to a falsehood might be connected with the idea that some lies are so blatant or obvious that they cannot avoid being noticed. 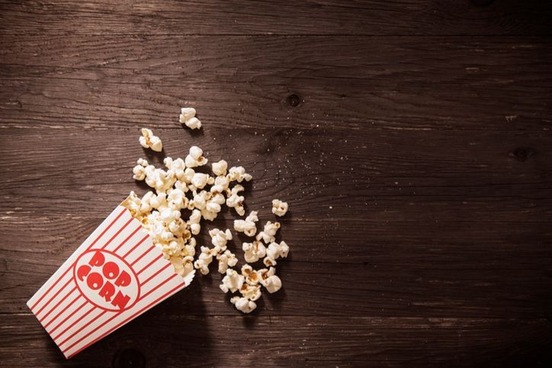 While the bomb was very much in the news, its name was used somewhat archly by journalists to describe anything whose stature diminished those around it:

The blockbusters of sport — Joe Louis, Ted Williams, Joe DiMaggio, Hank Greenberg, Donald Budge, Sam Snead, Tommy Harmon, Norman Standlee, Cornelius Warmerdam, Stew Iglehart — are now setting new records exclusively for Uncle Sam, but competitive sports carry on, safe for the moment at least from the wartime limbo to which the second cup of coffee and the pleasure ride have been consigned.
— Allison Danzig, The New York Times Magazine, 23 May 1943

The heavyweight boxer Rocky Marciano used “The Brockton Blockbuster” as one of his nicknames. The film industry began using blockbuster in its own marketing language by the 1950s. The word can also refer to something that upsets a balance, such as a significant trade involving star players in a sports league.