And your medals, and mettle, too. (We won't meddle.)

In metal, medal, mettle, and meddle, we have four words that see all kinds of overlap. Their basic meanings, however, are distinct. 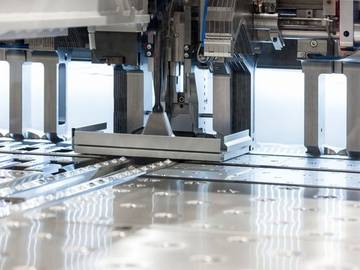 Their pronunciations, however, are not so distinct.

Metal refers to a substance that is often lustrous, conducts electricity and heat, and can be melted and reshaped. Iron, aluminum, lead, and platinum are classified as metals. There are elements classified as metals for the properties they share, and other kinds, termed alloys, that are formed by combining two or more metals.

Medal refers to an object that resembles a large coin, is often stamped with an image or design, and that is given as an award for excellence or achievement. The Congressional Medal of Honor rewards meritorious actions involving the risk of life during military combat. The Fields Medal honors scholarly achievement in the field of mathematics.

It’s understandable for medal to get confused with metal—after all, the awards given for military excellence or athletic prowess are often made of gold, silver, or bronze, all of which are themselves metals. (The first two are elements, categorized with the metals on the periodic table; the third’s an alloy.) But medal is not related to metal—the former derives via Middle French, Old Italian, and Vulgar Latin from the Latin medius, meaning “middle.”

Here is an example that shows distinctive use of both words:

His bonnet displayed a medal of gold, he wore a chain of the same metal around his neck, and the fashion of his rich garments was not much more fantastic than those of young gallants who have their clothes made in the extremity of the existing fashion.
— Walter Scott, Quentin Durward, 1823

Now let’s get to meddle and mettle. The verb meddle has seen increased use in popular media due to accusations of Russian interference in the 2016 U.S. Presidential Election. It means “to interest oneself in what is not one's concern” or “to interfere without right or propriety.”

Some have argued that meddle is too benign a term for the actions for which the alleged operatives are accused, and they are right in that it’s traditionally reserved for matters of a more personal nature, such as butting your nose into your neighbor’s scandalous affair or asking your teenager annoying questions about her dating life.

Let’s be clear, the Russians did not meddle in our election. They committed an act of cyber warfare against the very foundation of our democracy.

Mettle might be the most literary of the four words, referring to a temperament or spirit that is often strong, or the ability of a person or thing to last or endure.

In the dozen years since Fantasia Barrino claimed victory on "American Idol," the singer has more than proved her mettle. She has sold millions of records, released a New York Times best-selling memoir, won a Grammy, anchored a hit reality series and become a Broadway star.
— Gerrick D. Kennedy, The Los Angeles Times, 17 Aug. 2016

Mettle implies durability, so perhaps it’s not surprising that the word was at one time simply a variant spelling of metal, used even to refer to the substance. Occasionally, the figurative sense of mettle would be couched in phrasings that treated it as though it were a material:

But she said gently, "No, it won't kill your mother. She's made of finer mettle than that. …”
— Lucy Maud Montgomery, Rilla of Ingleside, 1921

Over time, however, mettle came to be its own distinct word, referring to the character trait and losing its literal sense altogether. Metal sometimes sees occasional use in this way.

And let’s of course not forget metal as the adjective for something impressive that alludes to the musical genre known as heavy metal.