1
: a small usually metal object bearing a religious emblem or picture
2
: a piece of metal often resembling a coin and having a stamped design that is issued to commemorate a person or event or awarded for excellence or achievement

: to win a medal
medaled in figure skating

Noun He was awarded a medal for his heroism. the display case held an impressive array of military medals from World War II Verb She medaled in figure skating in the Olympics.
Recent Examples on the Web
Noun
The businessman, Mahfouz Marei Mubarak bin Mahfouz, was awarded a Commander of the British Empire medal by then-Prince Charles in a private ceremony in 2016; the Metropolitan Police launched an investigation earlier this year.

Nabih Bulos, Los Angeles Times, 17 Sep. 2022 Gordan has come back every year with the medal around his neck.

Renata Cló, The Arizona Republic, 11 Sep. 2022 The bronze medal went to a World team comprised of players from various nations, some of whom were just learning the sport.

Steve Megargee, ajc, 5 Sep. 2022 The latter medal was first bestowed in 1938 to celebrate an artist's illustrations.

Domenica Bongiovanni, The Indianapolis Star, 30 Aug. 2022 He was awarded the medal of valor in 2002, police records show, though details were not available.

Peter Hermann, Washington Post, 30 Aug. 2022 Any prize that is not purely objective—as, say, the gold medal for the hundred-metre dash is objective—is bound, at some point, to go to some suspect recipients.

David Remnick, The New Yorker, 28 Aug. 2022 The Redeem Team, about the U.S. Olympic men’s basketball team looking to reclaim the gold medal for Team USA at the 2008 Olympic Games in Beijing.

Etan Vlessing, The Hollywood Reporter, 19 Aug. 2022 For Nedoroscik, who missed last year’s Olympic team but redeemed himself by winning the first gold medal for an American at a World Championships since 2011, this week’s nationals mark his first major competition of the season.

Kat Cornetta, BostonGlobe.com, 17 Aug. 2022
Verb
Kibler will have a chance to medal in Thursday’s 800 freestyle relay.

David Woods, The Indianapolis Star, 20 June 2022 Mantia will have an opportunity to medal in four events.

Steve Gardner, USA TODAY, 3 Feb. 2022 Anderson also has a chance to medal in the big air event, in which snowboarders fly high and do heart-pounding tricks while airborne.

Washington Post, 2 Feb. 2022 All eyes are now on Valieva to replicate her team event performance for an individual Olympic gold during the women single skating, where she's expected to medal, alongside ROC teammates Anna Shcherbakov and Alexandra Trusova.

Cydney Henderson, USA TODAY, 7 Feb. 2022 For the first time in their history, The Boston Crusaders are positioned to medal at finals.

NBC News, 4 Mar. 2022 Johnson, a former Oregon Duck, was a favorite to medal in the event while Ali was the world champion in 2019.

These example sentences are selected automatically from various online news sources to reflect current usage of the word 'medal.' Views expressed in the examples do not represent the opinion of Merriam-Webster or its editors. Send us feedback.

Middle French medaille, from Old Italian medaglia coin worth half a denarius, medal, from Vulgar Latin *medalis half, alteration of Late Latin medialis middle, from Latin medius — more at mid

1979, in the meaning defined above 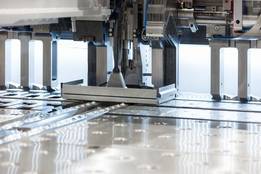 And your medals, and mettle, too. (We won't meddle.)

: a piece of metal often in the form of a coin with design and words in honor of a special event, a person, or an achievement

More from Merriam-Webster on medal