A hypothesis is an assumption made before any research has been done. It is formed so that it can be tested to see if it might be true. A theory is a principle formed to explain the things already shown in data. Because of the rigors of experiment and control, it is much more likely that a theory will be true than a hypothesis.

As anyone who has worked in a laboratory or out in the field can tell you, science is about process: that of observing, making inferences about those observations, and then performing tests to see if the truth value of those inferences holds up. The scientific method is designed to be a rigorous procedure for acquiring knowledge about the world around us. 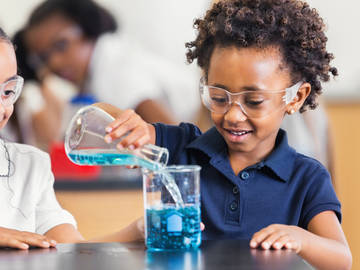 In scientific reasoning, a hypothesis is constructed before any applicable research has been done. A theory, on the other hand, is supported by evidence: it's a principle formed as an attempt to explain things that have already been substantiated by data.

Toward that end, science employs a particular vocabulary for describing how ideas are proposed, tested, and supported or disproven. And that's where we see the difference between a hypothesis and a theory.

A hypothesis is an assumption, something proposed for the sake of argument so that it can be tested to see if it might be true.

What is a Hypothesis?

A hypothesis is usually tentative, an assumption or suggestion made strictly for the objective of being tested.

When a character which has been lost in a breed, reappears after a great number of generations, the most probable hypothesis is, not that the offspring suddenly takes after an ancestor some hundred generations distant, but that in each successive generation there has been a tendency to reproduce the character in question, which at last, under unknown favourable conditions, gains an ascendancy.
Charles Darwin, On the Origin of Species, 1859

According to one widely reported hypothesis, cell-phone transmissions were disrupting the bees' navigational abilities. (Few experts took the cell-phone conjecture seriously; as one scientist said to me, "If that were the case, Dave Hackenberg's hives would have been dead a long time ago.")
Elizabeth Kolbert, The New Yorker, 6 Aug. 2007

What is a Theory?

A theory, in contrast, is a principle that has been formed as an attempt to explain things that have already been substantiated by data. It is used in the names of a number of principles accepted in the scientific community, such as the Big Bang Theory. Because of the rigors of experimentation and control, its likelihood as truth is much higher than that of a hypothesis.

It is evident, on our theory, that coasts merely fringed by reefs cannot have subsided to any perceptible amount; and therefore they must, since the growth of their corals, either have remained stationary or have been upheaved. Now, it is remarkable how generally it can be shown, by the presence of upraised organic remains, that the fringed islands have been elevated: and so far, this is indirect evidence in favour of our theory.
Charles Darwin, The Voyage of the Beagle, 1839

An example of a fundamental principle in physics, first proposed by Galileo in 1632 and extended by Einstein in 1905, is the following: All observers traveling at constant velocity relative to one another, should witness identical laws of nature. From this principle, Einstein derived his theory of special relativity.
Alan Lightman, Harper's, December 2011

In non-scientific use, however, hypothesis and theory are often used interchangeably to mean simply an idea, speculation, or hunch (though theory is more common in this regard):

The theory of the teacher with all these immigrant kids was that if you spoke English loudly enough they would eventually understand.
E. L. Doctorow, Loon Lake, 1979

Chicago is famous for asking questions for which there can be no boilerplate answers. Example: given the probability that the federal tax code, nondairy creamer, Dennis Rodman and the art of mime all came from outer space, name something else that has extraterrestrial origins and defend your hypothesis.
John McCormick, Newsweek, 5 Apr. 1999

In his mind's eye, Miller saw his case suddenly taking form: Richard Bailey had Helen Brach killed because she was threatening to sue him over the horses she had purchased. It was, he realized, only a theory, but it was one he felt certain he could, in time, prove. Full of urgency, a man with a mission now that he had a hypothesis to guide him, he issued new orders to his troops: Find out everything you can about Richard Bailey and his crowd.
Howard Blum, Vanity Fair, January 1995

And sometimes one term is used as a genus, or a means for defining the other:

Laplace's popular version of his astronomy, the Système du monde, was famous for introducing what came to be known as the nebular hypothesis, the theory that the solar system was formed by the condensation, through gradual cooling, of the gaseous atmosphere (the nebulae) surrounding the sun.
Louis Menand, The Metaphysical Club, 2001

Researchers use this information to support the gateway drug theory — the hypothesis that using one intoxicating substance leads to future use of another.
Jordy Byrd, The Pacific Northwest Inlander, 6 May 2015

Fox, the business and economics columnist for Time magazine, tells the story of the professors who enabled those abuses under the banner of the financial theory known as the efficient market hypothesis.
Paul Krugman, The New York Times Book Review, 9 Aug. 2009

This mistake is one of projection: since we use theory in general use to mean something lightly speculated, then it's implied that scientists must be talking about the same level of uncertainty when they use theory to refer to their well-tested and reasoned principles.