How they overlap and where they differ

A disease can be declared an epidemic when it spreads over a wide area and many individuals are taken ill at the same time. If the spread escalates further, an epidemic can become a pandemic, which affects an even wider geographical area and a significant portion of the population becomes affected. 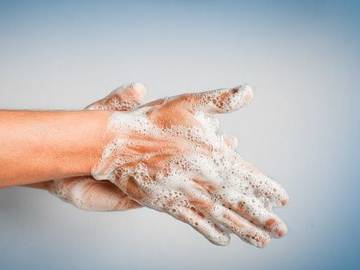 An epidemic is defined as “an outbreak of disease that spreads quickly and affects many individuals at the same time.” A pandemic is a type of epidemic (one with greater range and coverage), an outbreak of a disease that occurs over a wide geographic area and affects an exceptionally high proportion of the population. While a pandemic may be characterized as a type of epidemic, you would not say that an epidemic is a type of pandemic.

Both words have functions and meanings in addition to the ones given above. Each word entered English as an adjective before being used as a noun, beginning in the 17th century.

An  Epidemick plague, is a common and popular sicknesse, hapning in some region, or countrey, at a certaine time, caused by a certaine indisposition of the aire, or waters of the same region, producing in all sorts of people, one and the same kind of sicknesse.
— Thomas Lodge, A treatise of the plague, 1603

These Praedicates certainly are not convertible with the fore-mentioned Diseases, and therefore ought not so rashly to be pronounced the Scorvey; which moreover is Endemick, the others Epidemick and Pandemick.
— Gideon Harvey, The disease of London, 1675

Epidemic began being used as a noun later in the 17th century; pandemic did not undergo this functional shift until the 19th.

CHAP. X. Of Pestilential and malignant Feavers, together with the small Pox, and such other Epidemics, as are Communicated by infection.
— Anon., Pyretologia, 1674

Those diseases which have some strong resemblance in their general characters, and attack many individuals in a large extent of country at about the same time, are commonly called epidemics. If all, or about all the inhabitants of a country be similarly attacked, at or near the same time, with a particular complaint, it is more properly called a pandemic.
— J. A. Allen, The Boston Medical and Surgical Journal, 5 Sept. 1832

Origins of Epidemic and Pandemic

Epidemic, which may be traced to the Greek epidḗmios (“within the country, among the people, prevalent (of a disease)”), may carry broader meanings, such as “excessively prevalent,” “contagious,” or “characterized by very widespread growth or extent” (often used in a non-medical sense). Pandemic is less often encountered in a broad and non-medical sense, but does have additional senses, including “affecting the majority of people in a country or a number of countries”, “found in most parts of the world and in varied ecological conditions,” and “of or relating to common or sensual love” (in this last sense the word is usually capitalized). Pandemic comes from the Greek pandēmos (“of all the people”), which itself is from pan- (“all, every”) and  dēmos (“people”).

On the Novel Coronavirus

Some organizations and scientists had recommended calling the coronavirus a pandemic in the weeks prior to the World Health Organization deciding to do so. It is worth noting, however, that there is no clear line distinguishing an epidemic from a pandemic. The latter is, from a public health perspective, worse than the former, but there is sufficient overlap between the two that at certain points consensus is unlikely. The coronavirus has, unfortunately, spread now to such a global extent, and with such severity, that we appear to have moved past the point of semantic ambiguity; the disease has taken on pandemic proportions. 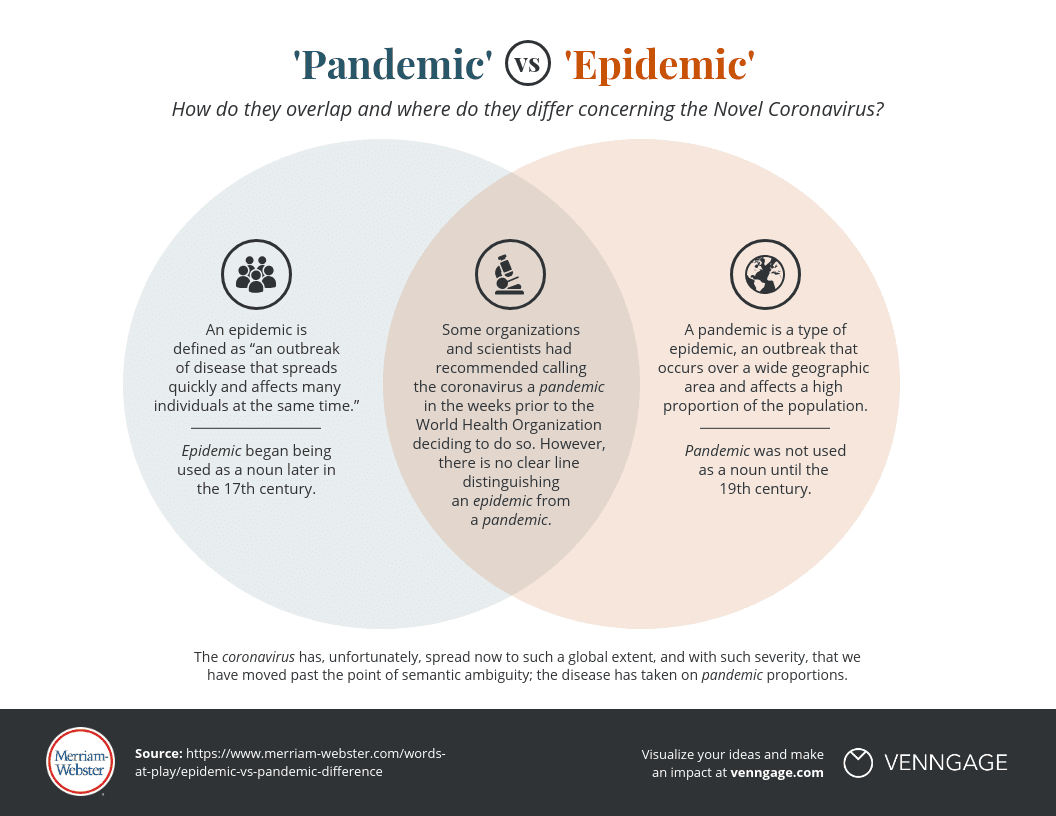