Cure usually refers to a complete restoration of health, while treatment refers to a process or procedure that leads to an improvement in health or the recovery from injury. Cure comes from the Latin word meaning “to care,” and treat shares Latin roots with words that refer to written documents like treaty and tract.

The verb treat came to English from French soon after the Norman Conquest, borrowed from the French verb traiter. Although treat is by no means the only verb in English that has several meanings, this is a case where each meaning seems both distinct and quite common. 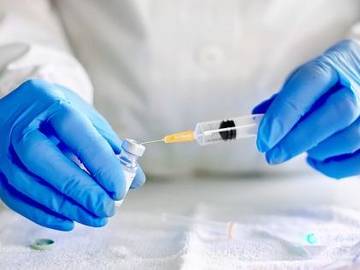 The medical use of 'treat' is among the newest meanings of the term, beginning in the 1700s.

The Origin of 'Treat' and Related Words

Treat comes from the Latin word tractare, meaning “to drag about,” “to handle,” or “to deal with”; the English word tract meaning “a pamphlet of political or religious propaganda” comes directly from this root.

Other cousins of tract in English make the family resemblance with treat quite clear: treaty and treatise. The first uses of treat as a verb were more connected to the way we use these terms, meaning “to deal with in speech or writing,” a synonym of expound or address, as in “the author treats the subject objectively” or “he treats everything I say like a joke.” The related word entreat is also connected with treaty, originally meaning “to negotiate.”

The meaning then moved from words to actions, taking on the sense “to think of and act toward (someone or something) in a specified way,” as in “try to treat everyone as equal.” This was followed by the meaning “to provide with free food, drink, or entertainment,” as in “they treated us to lunch.” The medical use of treat, as in “treat a disease,” is actually among the newest meanings of the term, and it was first seen after all of these others, beginning in the 1700s.

Treatment, when used to mean “medical care,” comes into the language at almost exactly the moment that treat begins to be used in medical contexts—an unsurprising development, filling the need for a noun to correspond with the verb’s new use. Up until that point, it was used in phrases like “harsh treatment” or “favorable treatment,” but by the late 1700s, the Oxford English Dictionary records a use that seems strikingly modern: “the pathology and treatment of disorders of the nerves.”

Interestingly, this vocabulary development—the medical specificity of a Latin-based word—corresponds with the moment when many shifts in the language relating to the modern categorization of knowledge and science takes place: chemistry splits from alchemy, astronomy splits from astrology, physics becomes the field of study of matter and energy (having previously included medicine), and the word biology itself was coined.

The Origin of 'Cure'

The word cure also came to English through French after the Norman Conquest, and ultimately derives from the Latin word cūra, meaning “care.” This “care” could be divided into the physical and the spiritual, since cure was used to mean “spiritual care” or “pastoral charge of a parish” (connected to curate and curé) as well as “recovery from a disease.” Both of these senses date to the 1300s. The use of cure that refers to preserving meat or fish began to be used some 300 years later.

Although usage in medical contexts does overlap, in general cure is used in more absolute ways to refer to a complete restoration of health (“the disease has no cure”), whereas treatment most often refers to a process that leads to an improvement in health (“the most effective treatment”) that may or may not include the complete elimination of disease or consequences of injury.