When it comes to words, we're the descriptive sort. 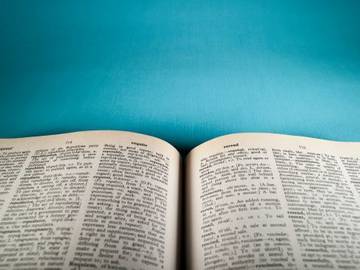 We call it how we see it.

Readers of our online content might occasionally encounter the juxtaposition of two basic schools of thought in lexicography: descriptivism and prescriptivism. At Merriam-Webster, we embrace the descriptive approach—that is, we write definitions that describe or, if you will, reflect how words are actually used by writers and speakers of the English language. Prescriptivism, on the other hand, is an approach that attempts to prescribe (some might say recommend or even dictate) how words ought to be used. A purely prescriptive dictionary would disregard usage of the living language and instead rely on ideas of "correctness" set forth in "rules" that the prescriptivist imagines should be imposed upon the language.

There are two main approaches to the study of usage: prescriptive and descriptive. Prescriptivism involves the laying down of rules by those claiming to have special knowledge of or feeling for a language. Prescriptive advice tends to be conservative, changes being regarded with suspicion if not disdain. Descriptivism involves the objective description of the way a language works as observed in actual examples of the language. Descriptive advice—almost an oxymoron—about the acceptability of a word or construction is based solely on usage. If a word or expression is not found in careful or formal speech or writing, good descriptive practice requires the reporting of this information.
— Jesse Sheidlower, The Atlantic, December 1996

Dictionaries that record and catalogue the language thus cannot ever be prescriptive; they must always be entirely descriptive, telling of the language as it is, not as it should be.
— Simon Winchester, The Meaning of Everything, 2003

The task of the descriptive lexicographer is to record the existence of words in the living language and to discover and define how they are used by searching through linguistic corpora (corpora is the plural of corpus, a word for a searchable text database). The corpora of a language provide the lexicographer with usage evidence of words, including that which may be considered incorrect or objectionable by some people, to mull over in their defining work.

In cases in which a particular word is largely disparaged (for example, ain't and irregardless), the descriptive dictionary consultant is given guidance that informs them that usage of the word may be received unfavorably. At the entry for irregardless, we provide a paragraph in which we note that the use of the word is still met with considerable objection, and we even go so far as to advise the reader to use regardless instead—which is about as close as we get to offering a usage prescription in our dictionaries.

As language descriptivists, we aim to provide unbiased and accurate reports on the ways words are used today and how they were used in the past. We are chroniclers of the English language, not prescriptivists, and we are happy to share our findings with you.