Corps refers to a group, such as the Marine Corps. Its spelling does not change in the singular or plural, but it is pronounced \KOR\ when singular and \KORZ\ when plural. Core can be a noun, verb, or adjective, but usually refers to the center or most important part of something. Corp is short for corporal or corporation and is pronounced \KORP\. Finally, corpse is the dead body of a human, pronounced \KORPS\. 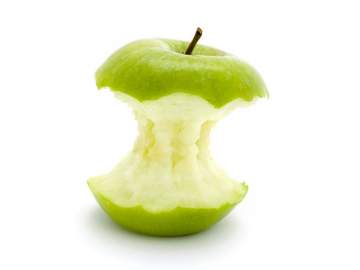 We'll get to the center of it all.

How to Use 'Corps'

The word corps has several meanings in English, all of which refer to some kind of group, such as “the Marine Corps” and “the press corps.” In English, corps can be either singular or plural: “a corps of reporters,” “two corps of reporters.” Its spelling doesn’t change, but when the word is singular, it is pronounced \KOR\ play , and when the word is plural, it is pronounced \KORZ\ play . This is not your dictionary’s fault; it is the fault of the French language. In case you require a thorough treatment of this unfortunate situation, we are pleased to have this explainer at the ready.

How to Use 'Core'

The word core sounds just like corps: when singular it is pronounced \KOR\ play ; when plural it is pronounced as you’d expect: \KORZ\. It functions as a noun, a verb, and an adjective, but it’s most familiar as a noun used to refer to the central or most important part of something (“the core of the problem”; “the Earth’s core”), or to the central and usually inedible part of some fruits (“an apple core”).

How to Use 'Corp'

Corp is an abbreviation for either corporal or corporation. It is pronounced as one would guess: \KORP\.

How to Use 'Corpse'

The word corpse, pronounced \KORPS\ play , refers to a dead body, and especially to the dead body of a human. It’s also sometimes used figuratively, as in “the corpses of rusting machinery.” Before the eighteenth century, corpse could and often did also refer to a living body. Knowing this makes reading John Milton somewhat less disturbing. You’re welcome.