'Skedaddle', 'ginormous', and other words that served in the military 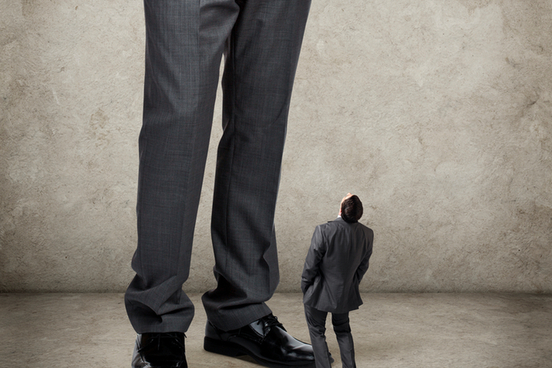 Ginormous, a portmanteau of gigantic and enormous, traces back to World War II and was first recorded in a 1948 British dictionary of military slang (though recent research has found the word used in British newspapers as early as 1942). Examples of its use found in a 1962 dictionary of sailors' slang include "a ginormous brush with the enemy," "a ginormous raid," and "a ginormous party in the mess." Now demobilized, ginormous is used to describe anything humongous.

"The park is so ginormous—840 acres, about 10 times the size of Disneyland—… that families could take several trips and still not see it all."
—Cindy Carcamo, The Los Angeles Times, 17 July 2016 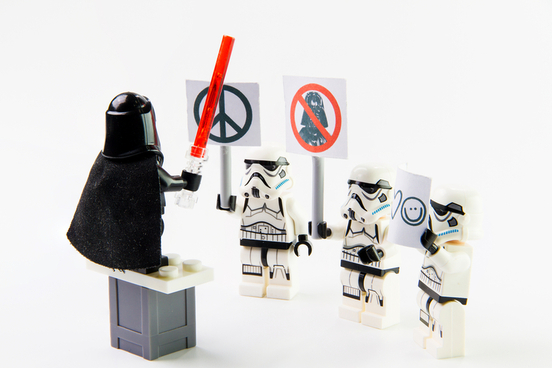 Definition: a person posted for a demonstration or protest

Picket was enlisted into the English language in the late 1600s as a word for the pointed stakes used to mark out an area for building fortifications. The picket was also used in a form of military punishment in which the offender was made to stand on top of it with one foot. The word was also called upon as a name for a detachment of soldiers serving to guard an army from a surprise attack. That use may have influenced today's pickets who try to persuade workers to support a labor strike.

"Confusion, surprise and anger played at box offices, and dispossessed theatergoers shared the sidewalks with grim pickets yesterday as the stagehands' strike shut down most of Broadway's plays and musicals."
—Robert D. McFadden, The New York Times, 11 Nov. 2007 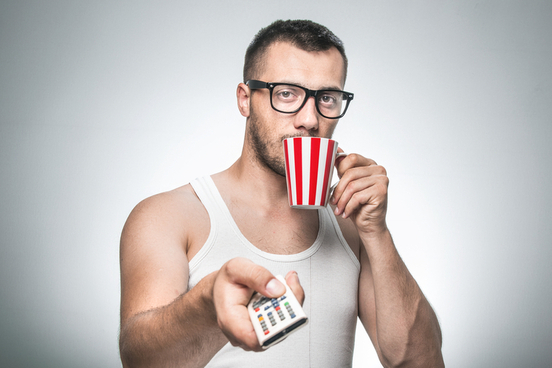 Jamoke is an alteration of jamocha. Both words originated in naval slang in the late 1890s and quickly found a home in the parlance of hobos and gangsters. They blend Java and Mocha, names for two places where coffee has long been grown. By World War I, jamoke had gained another slang sense, "a stupid or inconsequential fellow" or, more generically, "a man." One wag claims that transition happened when military personnel started to use jamoke jokingly for colleagues they felt weren't any more important than a cup of coffee.

"When it comes he mumbles a word of thanks [and] downs the strong, black 'jamoke' in three gulps…."
—John Bishop, Harper's, May 1943

"A loss is a loss…. But it didn’t have to happen. Sure, there were some jamokes out there dropping balls and missing tackles, but that’s not a surprise."
—Bill Burt, The Eagle-Tribune, 7 Dec. 2015 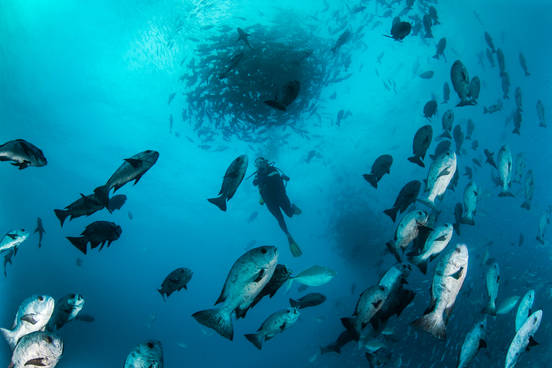 Umpteen derives from umpty, an early-20th century slang word used in the military for an indefinite but fairly large number. Umpty was probably created by analogy to actual numbers, such as twenty and thirty, and was originally used as a handle for the dashes, or long signals, in Morse code. Umpty is infrequently used these days, but umpteen abounds.

"Stephen King is beloved by fans of the horror genre for his umpteen bestselling books, many which were made into blockbuster movies."
—Sam Swantek, Parade, 10 June 2016 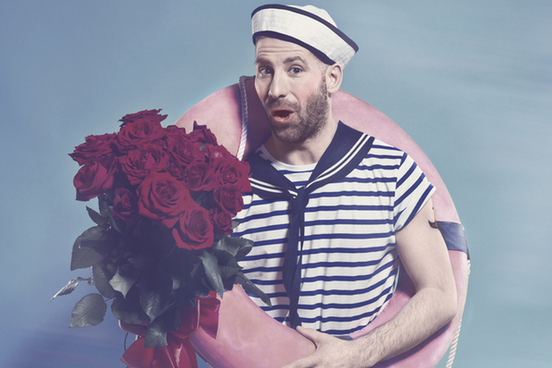 Raunchy first appeared in the 1930s as a slang term used in the United States Army Air Corps to describe cadets who were unkempt. The word's exact origin is unknown, but some etymologists suggest it originated among cadets from Texas who might have been familiar with the Mexican-Spanish word rancho, meaning "farm," and perhaps associated the filth of farm animals with untidiness. Raunchy began being used to describe smut by the early 1940s.

"Fox is … reaching back into the 1970s to remake another beloved musical: The Rocky Horror Picture Show, the raunchy 1975 cult classic that still manages to shock and titillate after all these years."
—Dave Nemetz, billboard.com, 22 July 2016 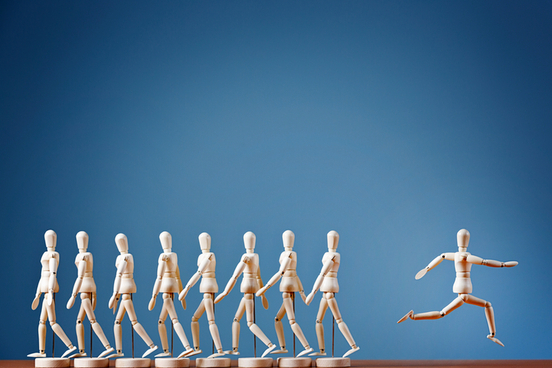 Definition: run away, scram; especially : to flee in a panic

Etymologists believe skedaddle is an alteration of scaddle, a word used in British dialect for someone running off in a fright or for a wild or skittish animal. The first use of skedaddle is attributed to the Union troops during the American Civil War who used it to describe Confederates in retreat. Off the battlefield, the word is applied to any hasty leaving or departing.

"Folks occasionally make a mistake and overdraft a checking account. … But there is a shameless segment that will deliberately write bad checks, hand them to merchants and skedaddle."
—Scott Reeder, The Chicago Tribune, 3 Feb. 2016 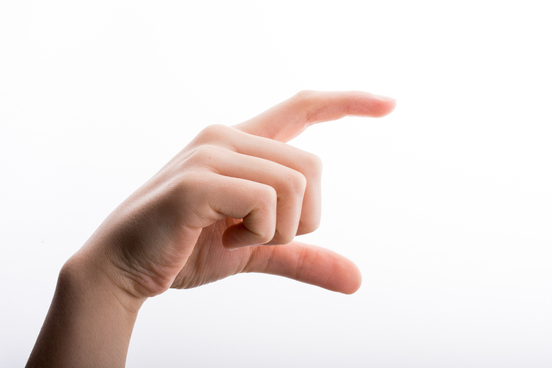 Skosh comes from the Japanese word sukoshi, which is pronounced "skoh shee" and means "a tiny bit" or "a small amount." The Japanese word was shortened by U.S. servicemen stationed in Japan after World War II, and, later, in the Korean War, a small soldier was often nicknamed "Skosh." In civilian-speak, skosh is used for any small amount.

"Johnny Morris, … whose creative dreams resulted in Bass Pro Shops, Big Cedar Lodge and Top of the Rock, has spent years converting a less-celebrated historic canyon that spans the Arkansas-Missouri border into 10,000 emerald acres akin to the Garden of Eden. I might exaggerate a skosh, but not much…."
—Mike Masterson, The Arkansas Democrat-Gazette, 3 July 2016 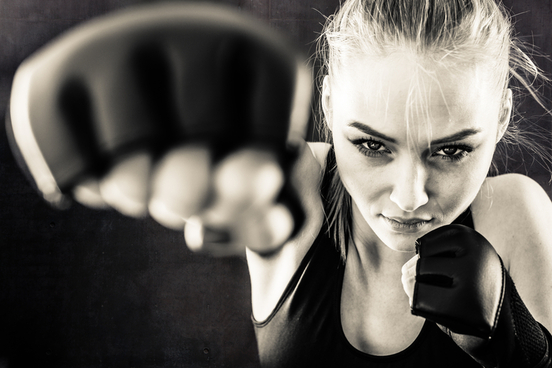 Pilots of the British air force during the 1940s were supposedly the first to throw around the punchy verb clobber. If a plane was badly shot up (or shot down), it was said to be "clobbered." The forceful action implied by the verb no doubt influenced the use of clobber for other poundings, literally—as in "clobbering a home run"—and figuratively, as when a candidate is clobbered in an election or a film is clobbered by critics. 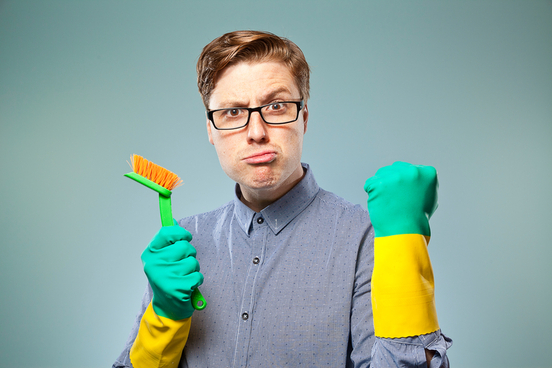 Spit and polish was first recorded in 1895. The term originated in the meticulous cleaning by military officers to maintain their required spick-and-span image, which often involved polishing objects, such as their shoes, by spitting on them and then rubbing them with a cloth. Notably, the Victorian British navy was commonly referred to as the "Spit and Polish Navy" for the thoroughness in which they carried out this order.

"I spent the next hour cleaning as if spit and polish alone could save the house."
— Donna Andrews, The Real Macaw, 2011 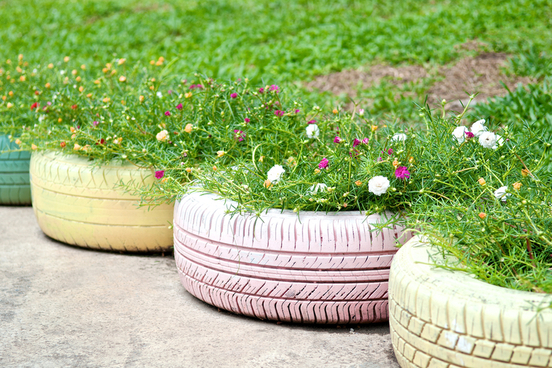 Definition: to make use of (a part taken from one thing) in building, repairing, or creating something else

During World War II, military personnel often used salvageable parts from disabled vehicles and aircraft to repair other vehicles and aircraft. This sacrifice of one thing for the sake of another of its kind must have reminded some folks of cannibalism by humans and animals, because the process came to be known as "cannibalizing." The armed forces of this time were also known to cannibalize—that is, to take away personnel from—units to build up other units. It didn't take long for this military slang to be employed in the dog-eat-dog world of business.

"A study … highlighted three key traits for ongoing innovation: a willingness to cannibalize current successful products; a comfort with embracing risk; and a focus on future markets."
—Harvey Schachter, The Globe and Mail (Canada), 10 Apr. 2013