ˌəm(p)-ˈtēn
: very many : indefinitely numerous
Stephen King is beloved by fans of the horror genre for his umpteen bestselling books …—

Harvey Steiman
Innumerable GIs were taught how to ask for a hamburger in umpteen different languages.—

"I'll go to bed and I'll not get up for umpty-eleven months." You know the feeling. The speaker here is war-weary Bill, a character in Patrick MacGill's early 20th-century novel The Great Push. His "umpty" originated as military slang around 1905 and stood for an indefinite number, generally largish. (It was probably created by analogy to actual numbers such as "twenty.") Soon, there followed "umpteen," blending "umpty" and "-teen." "Umpteen" usually describes an indefinite and large number or amount, while the related "umpteenth" is used for the latest or last in an indefinitely numerous series. We only occasionally use "umpty" these days (and even more rarely "umptieth"), but you're bound to hear or read "umpteen" and "umpteenth" any number of times.

Recent Examples on the Web Yet the interior lights up like a raving party with umpteen tones of ambient LEDs in dazzling patterns while the Sky Lounge feature’s multicolor beams that strafe through the glass overhead. —

Ronald Ahrens, Robb Report, 28 Dec. 2022 And these had their umpteen popular secular counterparts, often no less absurd or tragic. —

Michael Robbins, Harper’s Magazine , 9 Nov. 2022 After umpteen tellings of the wooden-boy tale, and coming on the heels of Robert Zemeckis’ wretched Disney remake, Netflix’s rival adaptation has to announce itself as something different. —

Guy Lodge, Variety, 15 Oct. 2022 There are umpteen ways to benefit from such open source initiatives. —

Deepak Syal, Forbes, 3 Aug. 2022 In one-brand systems, the sonic picture starts to come into focus in a way that rarely happens when products from umpteen manufacturers are thrown into the blender with the hope of achieving a unified sonic whole. —

Robert Ross, Robb Report, 2 Aug. 2022 And in one, two or umpteen decisions, there exists the potential of conflict with an important stakeholder. —

Pamela Mcclintock, The Hollywood Reporter, 7 June 2022 Not long after, the pair, who were most recognized at the time for helming 2016’s Swiss Army Man, called Hsu to discuss their sci-fi action comedy Everything Everywhere, which could also be described in umpteen other ways. —

These example sentences are selected automatically from various online news sources to reflect current usage of the word 'umpteen.' Views expressed in the examples do not represent the opinion of Merriam-Webster or its editors. Send us feedback.

blend of umpty (such and such) and -teen (as in thirteen)

1898, in the meaning defined above 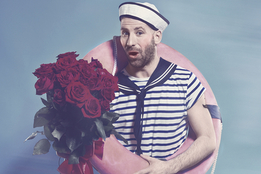