Cite, site and sight are often confused in usage. Cite, which is often used when making reference to something, typically functions as a verb (“to cite a source”). Site can be either a noun or a verb referring to a place or the act of finding a place for something. Sight is usually concerned with the act or action of seeing (as in “a beautiful sight”).

All of us, no matter how persnickety we are about grammar and usage, will occasionally manage to confuse such words as cite and site.

You bore us. If science is a “commitment to truth” shall we site all the historical non-truths perpetuated by scientists ? Of course not. It’s not science vs Philosophy ... It’s Science + Philosophy. Elevate your Thinking and Consciousness. When you measure include the measurer. https://t.co/hsZzHNwJ0M

And while all homophones can be tricky, in this case the two words mentioned above are joined (and complicated further) by a third, one that is less orthographically similar, but nonetheless identical in sound (sight). 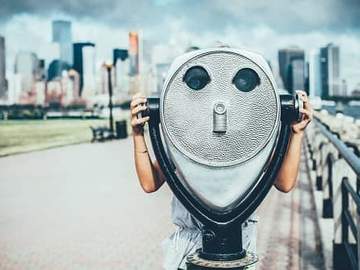 There's the usage advice, right over that way.

The Meaning and Usage of 'Cite'

Cite typically functions as a verb (although it is occasionally found as a shortening of the noun citation, with such meanings as “to quote by way of example, authority, or proof,” “to name in a citation,” and “to order to appear in a court of law.” The word comes from the Latin citare (“to rouse, call on, summon”) and is often found used on the sense of making reference to something.

The Meaning and Usage of 'Site'

Site can be either a noun (such as “a space of ground occupied or to be occupied by a building” or “the place, scene, or point of an occurrence or event”) or a verb (“to place on a site or in position”). The word comes from  the Latin sinere (“to leave, allow”), and is generally used in reference to a location (even in cases, such as an internet site, where that location is somewhat incorporeal).

The Meaning and Usage of 'Sight'

Most of the senses of sight are concerned with the act or action of seeing (it comes from the Old English gesiht, meaning  “faculty or act of sight, thing seen”). A wonderful spectacle might be described as a sight, as might the general capacity to see anything (“my sight is not as good as it once was”).

Lest you think that this is the sort of mistake one only finds on Twitter, or in hastily written school reports, all three words are routinely found used incorrectly in published and edited prose.

A portable toilet unit on the construction cite also fell into the hole in the street.
— The New York Times, 28 Sept. 1970

An Easy Way to Remember 'Cite'/'Site'/'Sight'

If you still have trouble distinguishing between these three words try to associate cite with citation, sight with eyesight, and site with situate.