Can you start a sentence with 'however'?

Or is it a vulgarism?

Usage guides will tell you not to start a sentence with however, but writers have been doing it for centuries. It's a stylistic choice that's fine to make.

Some people stride through our language, wearing heavy boots of confidence and armed with a certainty that they have a commanding grasp of the rules and regulations of the English tongue which is sufficient enough that they never worry about things such as whether they should use that or which. And then there are the rest of us, stumbling about and carrying with us a dim and perpetual sense of worry that every linguistic choice we make, no matter how innocuous it might seem, is fraught with peril. However….actually, before addressing this sense of worry, let’s look at the first word of this sentence, which is the sort of thing that makes us fret.

What could possibly be wrong with using however? So, so much. 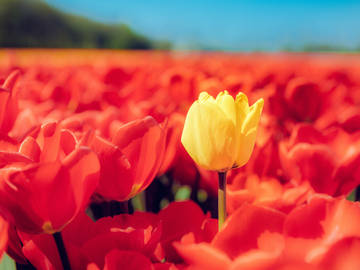 Usage experts have been advising people not to begin sentences with 'however' for at least a hundred years. However, many famous writers—including Jane Austen and Charlotte Brontë—have used the word this way.

However. Bury it between commas, or replace it with but or nevertheless.
—Sheridan Baker, The Complete Stylist, 1966

But its use for how and ever as, “However could he do it?” should be avoided as a vulgarism; while its employment in the sense of “at any rate; at all” … is provincial and archaic.
—Frank Vizetelly, A Desk-Book of Errors in English, 1920

Avoid starting a sentence with however when the meaning is “nevertheless.”
—William Strunk Jr. & E. B. White, The Elements of Style, 1959

Is There a Rule Against "However"?

In case there is not enough there to make you pause every time you use however in the future, there’s more: in his 1926 A Dictionary of Modern English Usage, H. W. Fowler helpfully arranges his quibbles about the use of however into four main categories, addressing the issues of when however comes too early in a sentence, too late, and whether or not but however is redundant (spoiler alert: he thinks it is).

We are not certain when the restrictions on however began, although an article in the Chicago Daily Tribune from 1920 includes a parenthetical statement of “a purist tells us that one should never begin a sentence with however,” so it has apparently been around for a century or more.

The main thing about however that many people seem to remember is that there was some sort of issue with putting it at the beginning of a sentence. Often this is simply phrased as “do not begin sentences with however,” and other times the prohibition is slightly more nuanced (as was the position of Strunk & White), specifying that however should not begin a sentence when the meaning is “nevertheless,” “yet,” or “but.”

"However" at the Start of a Sentence

This is a stylistic choice, more than anything else, as we have a considerable body of evidence of writers using however to begin sentences, frequently with the meaning of “nevertheless.”

“However, I am sure James does not drink so much."
—Jane Austen, Northanger Abbey, 1818

However, he still persisted in his care of him, and made him an offer of his Horse to carry him to the next Town, where he might have Conveniences for drying his Clothes, and getting some inward Refreshment.
—Mary Davys, The Cousins, 1725

Oh, there is no accounting for the caprice of women. However, I was talking about Miss Moore.
—Charlotte Brontë, The Duke of Zamorna, 1838

However, as a Spectator I gain’d Admittance, and with the rest entred directly into the Temple.
—Silence Dogood (Benjamin Franklin), Letter to The New-England Courant, 14 May, 1722

Although there have been many restrictions proposed for how however is used, there has never been any strong agreement on them, and somehow we all appear to have muddled our way through communicating with each other using this word. However may be used to begin a sentence, it can be used in conjunction with but, and you can place it pretty much anywhere you want in a sentence, so long as you do so with care.

So pull on your boots of confidence and stop worrying about using however. There are better things in life on which to spend your time.