Which one should you choose?

In today's usage which and that are both used to introduce restrictive clauses, those which cannot be removed from the context of the sentence, and which is also used to introduce nonrestrictive clauses, those which provide additional information but can be removed without the sentence falling apart. These rules are actually older than the words themselves, which were frequently interchangeable until the 18th century.

Do you suffer from low self-esteem? Do you have anxiety, or difficulty making decisions? Do you find yourself unable to decide whether you should use that or which when composing a sentence? In the event that you answered “yes” to either of the first two questions you have our sympathies, but as a dictionary we can offer little else. However, if the source of your trouble is the issue of that and which we may be of some small assistance. 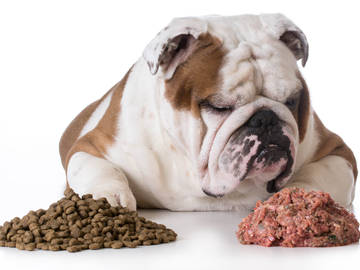 Before we begin, you should be warned that it’s time to put your grammar pants on, since we’re about to dive into the world of restrictive and nonrestrictive clauses. (If you don’t know what grammar pants are, they are itchy woolen slacks that are too tight, and magically make you mildly dissatisfied with the choices of everyone around you.)

Once upon a time, long ago, when the English language was still basking in its Edenic youth, that and which were freely interchanged. Everyone was very happy.

Render therefore unto Caesar the things that are Caesar's, and unto God the things which are God's.
—Samuel Sturmy, The Mariners Magazine, 1669

Render therefore unto Caesar the things which are Caesars: and unto God the things that are Gods.
—Richard Hollingworth, An Exercitation Concerning Usurped Powers, 1650

The careful reader may have noticed that in the four examples given above, all published within a span of four decades, each of the authors writes what is essentially the same sentence, but uses that and which in a manner that is different from each of the others. The mid-17th century was apparently a period of syntactical free love. Then the rules on restrictive and nonrestrictive clauses came along.

If you would prefer a sartorial analogy, the nonrestrictive clause functions like a silk scarf; you may wish to wear one when leaving the house, but your day won’t really be affected if you decide to leave it at home. The restrictive clause, however, is more akin to pants; your day will have a decidedly problematic tone if you leave home without them.

That underwent a period of decline at the end of the 17th century, then made a comeback several decades later. When it reappeared, that was used for nonrestrictive clauses much less frequently than it had previously been (although some writers, such as Thackeray and Tennyson, still used it in this way quite often).

Rules for 'Which' and 'That'

Soon, grammarians tried to establish a set of rules to govern the use of these words. As is so often the case when a grammatical rule is established based on the preference of usage writers, rather than actual usage, there was a great deal of disagreement as to what the rules should actually be. In 1906 the Fowler brothers (Henry Watson and Francis George) published The King’s English, and came up with a firm set of guidelines which were adopted by many subsequent usage guides (the Fowlers used the terms defining and non-defining instead of restrictive and nonrestrictive).

That should never be used to introduce a non-defining clause.

…Which should not be used in defining clauses except when custom, euphony, or convenience is decidedly against the use of that.

There are some problems with these rules. The main one is that they don’t really work. Some twenty years after the brothers first issued them, Henry Watson wrote another book on usage. He plaintively expressed his feelings on the way that people were treating that and which:

…if writers would agree to regard that as the defining relative pronoun, & which as the non-defining, there would be much gain both in lucidity & in ease. Some there are who follow this principle now; but it would be idle to pretend that it is the practice either of most or of the best writers.
—H. W. Fowler, A Dictionary of Modern English Usage, 1926

It has been pointed out that if most of your language’s writers do not follow a rule (and the best writers seem to disregard it as well) then you may have to accept that it’s not much of a rule. Another issue with the Fowler’s dicta is that if you say that your rule can be ignored for reasons of “custom, euphony, or convenience”, it would appear to be more of a mild suggestion than a rule.

Another way of looking at this is that if your clause is bracketed by commas (“the article on grammar, which I started while eating lunch, seemed to never end”) it is likely a nonrestrictive clause, and you can give it a which. If it is not surrounded by commas, then it is most likely a restrictive clause, and you can choose to give it a that or a which. If anyone questions your decision, you can say that you are following the advice of the Fowlers, and are making a decision based on custom, euphony, and convenience.