Will the new sense of 'burner' stick around, or will people burn through it?

Burner is a fine old word, one that has been warming the cockles of English-speaking hearts for hundreds of years. However, in recent decades the word has been stirring and stretching, and appears to be in the process of trying out a new meaning, one that is largely unrecorded in dictionaries. 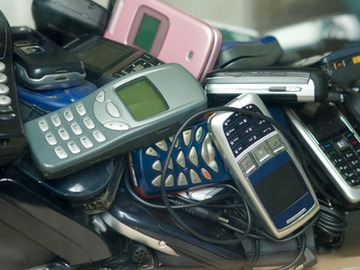 'Burner' in this sense refers to something disposable, or that cannot be traced.

This newest sense of burner often functions as what we call an attributive noun, which is a fancy way of saying that it is a noun that modifies another noun—like the word couch in couch potato, or boob in boob tube. Other times, burner stands alone as a simple noun; in either event it serves to refer to something that is disposable, or that cannot be traced.

This usage seems to have entered the mainstream through the HBO show The Wire, a crime drama that was on the air from 2002 to 2008. In the series, reference was often made to burners, or burner phones: disposable cell phones which drug dealers bought at convenience stores and used to avoid being wiretapped.

The writers of The Wire did not invent this term. Evidence of its use can be found at least as far back as 1996, when the rapper Kingpin Skinny Pimp used it on the song One Life 2 Live: “Talkin’ on the burner phone, bumpin’ hutch.”

At about the same time that it was describing phones, burner was also being applied to other things that one might wish to use with a degree of anonymity or a lack of commitment, such as email accounts or usernames for Internet sites. A search of Google Groups archives shows a message from 2001, saying that a member “is offline at the moment…so he won't be receiving any mails sent to his burner account.”

It remains to be seen if this recent sense of burner will stick around long enough to merit inclusion as a word in Merriam-Webster and other dictionaries. However, there are signs that it is making its way into print media. Burner phone is now frequently seen in newspapers. And an article in the Washington Post from August of last year used burner account (“…writers now have to deal with trolls who are…using anonymous burner accounts whose IP addresses are not recorded.”) Another sign of the word’s possible acceptance is perhaps also the most inevitable: there is now an app called Burner that provides temporary phone numbers to its users.