You Won't Believe These 10 Words Come From Birds 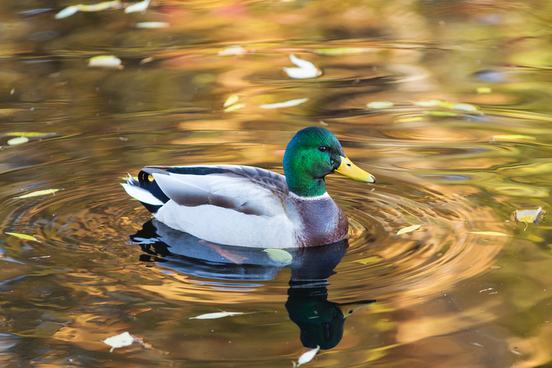 A canard is "a false or ungrounded report."

Canard refers to a duck in French (as in French dishes like confit de canard), via the Old French quanart, meaning "drake." The connection to rumor and untruth follows a route of creative phrasing. A 16th-century French idiom was vendre des canards à moitié—literally, "to half-sell ducks," but used as a colorful way of saying "to fool" or "to cheat." No one really knows how one half-sells a duck, or where the idiom originated, but the expression was perpetuated enough for canard to carry the meaning of something commonly accepted as true that is actually unfounded:

Although Cheever published 121 stories in the magazine during his lifetime, it is worth remembering that The New Yorker was long regarded as a compromisingly middlebrow place to publish, and the insecure Cheever was always vulnerable to the canard that serious fiction only came in the form of a novel.
— Jonathan Dee, Harper's, April 2009 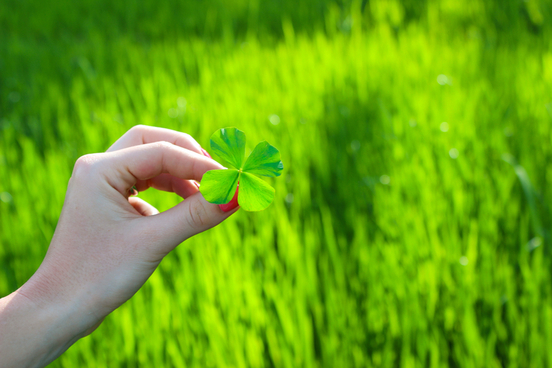 Auspicious means "promising success" or "favorable," as in "the rookie pitcher's auspicious debut."

In Latin, auspex means "bird seer," formed from the noun avis ("bird") and the verb specere ("to look"). In ancient Rome, these "bird seers" were priests, or augurs, who based their prophecies on the flight and feeding patterns of birds.

The English noun auspice, which originally referred to this practice of observing birds to discover omens, also comes from auspex. Today, the plural form auspices is often used with the meaning "kindly patronage and guidance" (as in "a summit organized under the auspices of the State Department"). 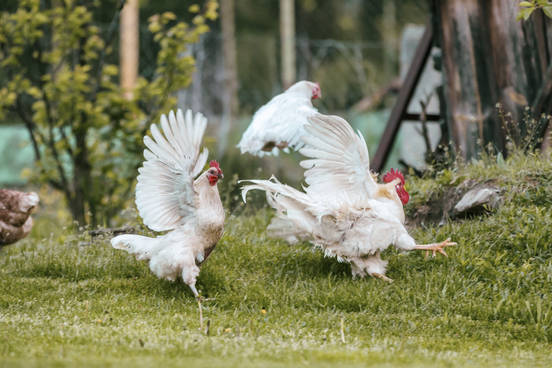 The association of chickens with cowardice goes back several centuries, but poltroon has carried its cowardly sense since it entered English in the early 16th century. English picked up poltroon via Middle French from Old Italian poltrone, where it already meant "coward." The Latin pullus, a root of poltrone, is an ancestor of pullet (a young hen) and poultry.

"Caroline, you may laugh at me, but you can't change me. I am a poltroon on certain points; I feel it. There is a base alloy of moral cowardice in my composition."
— Charlotte Brontë, Shirley, 1849 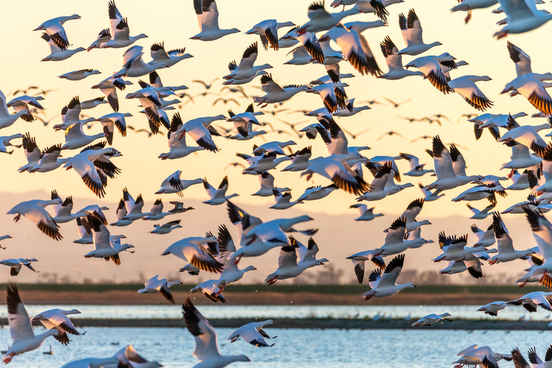 In its most widespread use, volatile means "characterized by quick or unexpected changes." In less common uses, it can mean "passing off as vapor at relatively low temperature" or "having the power to fly."

Four centuries ago, volatile was used as a noun, a general term referring to birds or other flying creatures (such as butterflies):

(It should be noted that Chambers also uses volatile in the term volatile salts (known more commonly as smelling salts) throughout the same volume.)

The connection of volatile to flying comes by way of the Latin volare, meaning "to fly." 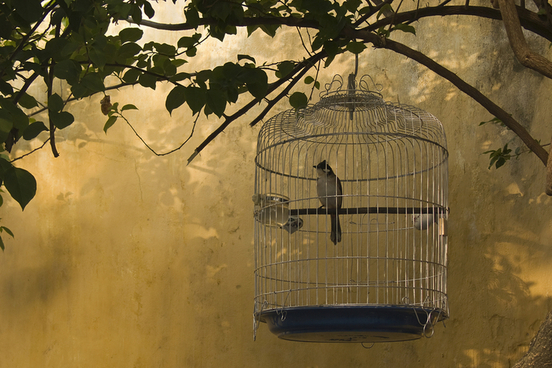 The verb cajole means "to persuade with flattery or gentle urging." Its French ancestor, cajoler, means the same thing, as well as "to chatter like a jay." Some etymologists connect cajoler to not one but two different words for cages—the Latin caveola ("little cage") and the Anglo-French gaiole ("birdcage"). Anglo-French speakers had a related verb, gaioler, which meant "to chatter like a jay in a cage." It's possible that cajoler is a combination of gaioler and either caveola or cage, but the connection to persuasion and flattery is not certain. 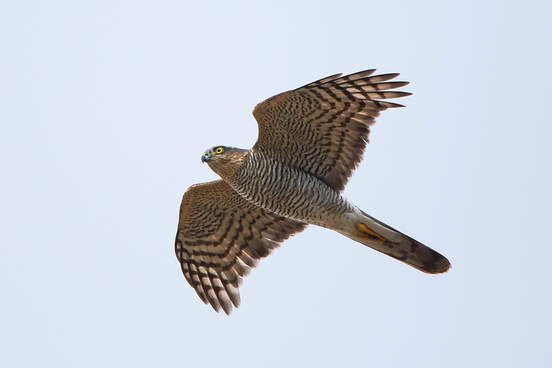 A musket is a muzzle-loading shoulder firearm used primarily in the era before rifles.

Less well known, however, is that the word musket can also refer to a male sparrow hawk. This is consistent with the word's etymology: musket derives from the Old Italian moschetto (meaning either "small artillery piece" or "sparrow hawk"), which is a diminutive of the noun mosca, meaning "fly."

Supposedly, many early arms were named for the creatures engraved on them, which was more or less comparable to the size of the ammunition the gun used. The musket was not the only early firearm named for a bird of prey: the falconet, a very small cannon used in the 16th and 17th centuries, was named for the falcon. 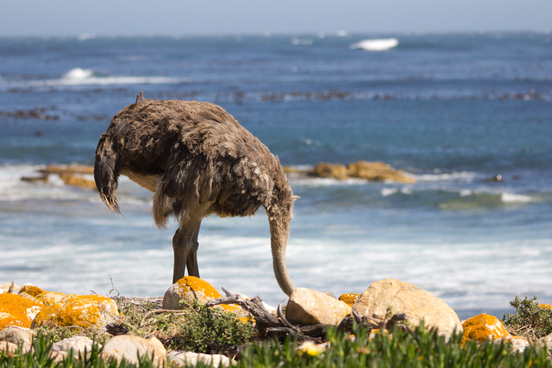 Struthious means "of or relating to the ostriches and related birds," and more specifically, "ignoring something that needs attention."

The ostrich (scientific name: Struthio camelis) has a reputation for burying its head in the sand, but ostriches don't actually do this. The bird’s habit of lying down and flattening its neck and head against the ground to escape detection gave rise to the misconception.

Nevertheless, that hasn't stopped struthious from developing a figurative connotation that ties to the common idiom bury/have/hide one's head in the sand. When you have your head in the sand, you ignore something unpleasant that needs attention, and thus struthious has come to describe such acts of willful blindess:

In particular, the determination to ignore or deny genuine sources of influence may have further implications, for this struthious habit has continued to characterize both the scientific community and what is now referred to as the educated general public, with consequences for the design of curricula and the funding of research, among other things.
— Harriet Ritvo, The Platypus and the Mermaid, 1997 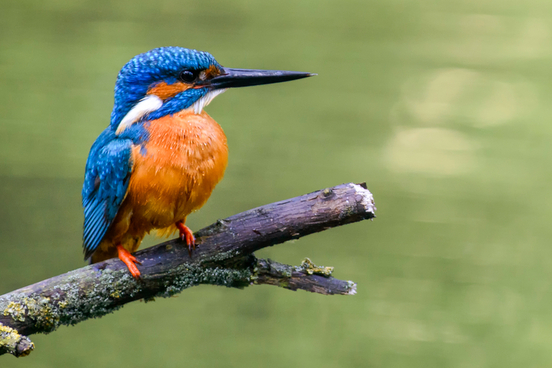 Halcyon means "calm or peaceful," as in "a halcyon lake," or "happy or golden" when used in phrases such as those halcyon days. In ancient times, the word referred to a bird now identified with the kingfisher.

In Greek myth, Alkyone, the daughter of Aeolus, the god of the winds, became so distraught when she learned that her husband, Ceyx, had been killed in a shipwreck that she threw herself into the sea and was changed into a kingfisher, later named alkyon or halkyon.

The kingfishers built floating nests on the sea, where they so charmed Aeolus that he created a period of unusual calm that lasted until the birds' eggs hatched.

This legend prompted people to use halcyon both as a noun naming a genus of kingfisher and as an adjective meaning either "of or relating to the kingfisher or its nesting period" or "calm." While halcyon days once referred to a time when storms did not occur, the phrase now connotes a past time looked back upon with fondness, sometimes with a tang of irony:

Remember the halcyon days of Facebook, when no one was concerned with who might peep their drunken pictures and angsty missives, and discussions of privacy settings were met with a mix of dismissiveness and apathy?
— Jessica Roy, BetaBeat, 3 May 2012 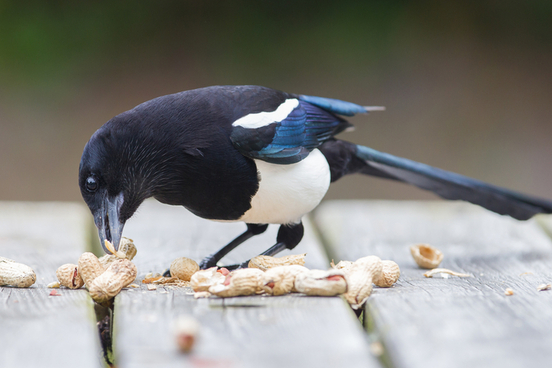 Pica is an abnormal condition that causes a person to want to eat substances that are not food, such as chalk or soil.

In Latin, pica means "magpie," and the scientific name for the Eurasian Magpie is Pica pica. Related to the crows, the omnivorous magpie is known for its indiscriminate eating habits, foraging on anything from berries to insects to carrion.

There is some question whether the magpie is also related to the 12-point printing type known as pica. That term purportedly comes from a collection of church rules called pica, whose black-on-white printing pattern may have resembled the coloring of the bird. 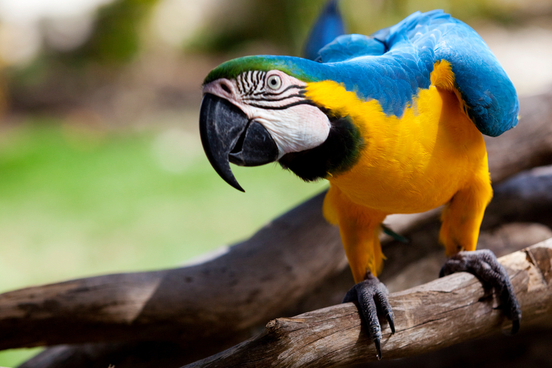 Popinjay is defined in English as "a strutting supercilious person."

But by the 1500s, parrots had become more commonplace, and their gaudy plumage and habits of mimicry became more closely associated with a vulgar lifestyle. That helped popinjay develop the pejorative sense we use today. The word has most often been used to describe foppish men given to meaningless talk:

And, as ill-luck would have it, there did not seem to be any decent young fellows left in the world. When he looked around in the club he saw only a lot of conceited popinjays too selfish to think of making a good woman happy.
— Joseph Conrad, The End of the Tether, 1902

Canary in a Coal Mine 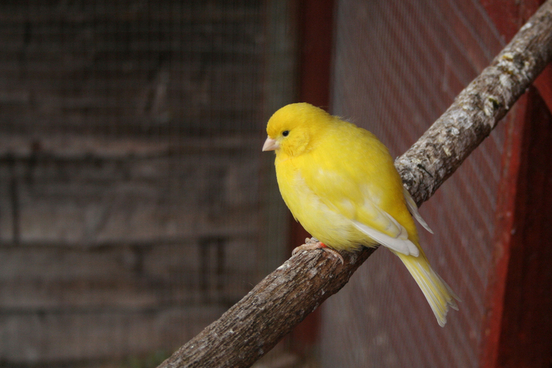 A canary in a coal mine is an early indicator of imminent danger.

Due to their small size, along with their ability to fly up into hard-to-reach spaces, canaries became a useful aid for miners to determine whether the air in the mines they entered was safe. If carbon monoxide or other odorless poisonous gases were present in the mine, the canary, due to its tight body structure and efficient breathing processes, would suffer ill effects before humans would, and the miners would know to evacuate.

Hence, the phrase is now used for anything that serves as a harbinger of a hazard:

As a species, jellyfish are a canary in a coal mine — their numbers can increase as water quality decreases. “Loss of biodiversity may be aiding them,” Ms. [Mary] Carman said. “Jellyfish can handle poor water conditions, like the increased acidity and warming temperatures that come with climate change. The past few years there have been jellyfish blooms all over the world, not just here."
— Barry Stringfellow, MVTimes.com (Martha's Vineyard, Mass.), 17 Aug. 2016