It's not that often that affection and affectation get confused. They're words with very different meanings used in pretty disparate situations—but how did we arrive at these two similar-looking but quite separate words? 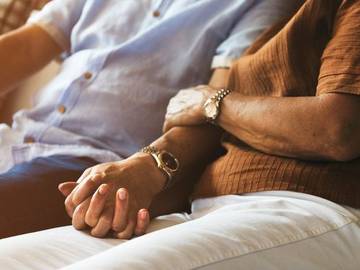 'Affection' is defined as "a feeling of liking and caring for someone or something."

You probably know what affection is, and if you don't, we can only say there's a lot of time for you yet.

Such expressions, assisted as they were by every thing that look and manner could do, made Emma feel that she had never loved Harriet so well, nor valued her affection so highly before.
— Jane Austen, Emma, 1815

And you probably already know what an affectation is. It is defined as "speech or conduct not natural to oneself : an unnatural form of behavior meant especially to impress others," and can describe anything from talking in a phony accent to vaping to pretending not to care what other people think about the fact that you vape (when you almost certainly care what other people think about your vaping).

She was on "Nightline," she was on all the TV shows, and there was even a craze for "Mary Welcome shades" because Ms. Welcome wears (and, on her, they do not seem an affectation) enormous, square dark glasses.
— James Baldwin, The Evidence of Things Not Seen, 1985

I've had a nice time drinking a mint julep or other muddled drink out of a metal straw designed for that purpose, but that's obviously an affectation in which only certain bars can indulge.
— Zach Geballe, Seattle Weekly, 30 Aug. 2017

There's a lot of affecting going on here. Let's start with the base in common. Affect is one of the most frequently looked-up words in the dictionary, primarily because of its regular confusion with effect. The short rationale that you often hear when it comes to distinguishing the two is that effect is usually a noun and affect is a verb. The breakdown isn't all that simple, however, and what makes things even more confusing is that there are two verb entries for affect.

One entry is for the sense meaning "to produce an effect upon (someone)" or "to act upon (a person, a person's mind or feelings, etc.) so as to effect a response." This is the sense that applies to affection, as in "She was affected by the young man's heartfelt speech."

The sense of affect that applies to affectation is defined as "to make a display of liking or using : cultivate" or "to put a pretense on : feign." It is used in relation to things like styles or mannerisms:

He was the sort of teenager who affected a German accent after reading Nietzsche and who claimed to identify with Tonio Kröger, Mann's fictional aesthete.
— Michael Kimmelman, The New York Review of Books, 7 Oct. 2004

The two verbs meaning affect took different etymological paths from the same origin. The posturing sense of affect derives via Middle English and Anglo-French from the Latin affectāre, meaning "to try to accomplish, strive after, pretend to have." Affectāre is the frequentative derivative of afficere, which means "to produce an effect on, exert an influence on" and gives us the sense we speak of when we are talking about affection.

Oh, and sorry about that vaping thing. We don't really care if you do it or not. We just said that to sound cool.