When many countries share the same name for a buck
Last Updated: 13 Apr 2022 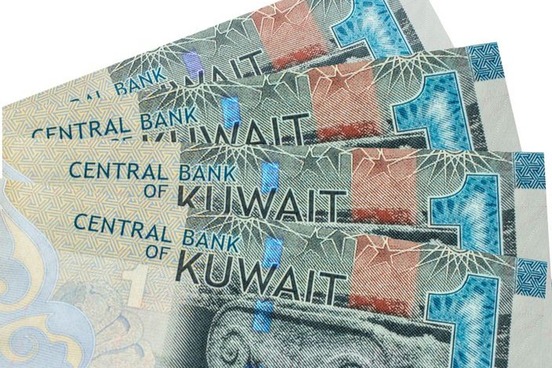 Today the dinar is the main currency in eight countries formerly belonging to the Ottoman Empire: (from west to east) Algeria, Tunisia, Libya, Serbia, Jordan, Iraq, Kuwait, and Bahrain. The first dinars were issued in A.D. 696 by the great Caliph Abd al-Malik ibn Marwan, who enforced its use as the lone currency of exchange throughout the Muslim world, just as he decreed Arabic to be the official language. The name was taken from the Roman denarius, a coin that had been in use for many centuries, whose name, with its “ten” root, originally referred to the value of ten donkeys.

“Seeing this, the fisherman rejoiced and said, ‘If I sell it in the brass-bazaar, 'tis worth ten golden dinars.’”
— Anon., trans. by Richard Burton, Arabian Nights, 1885 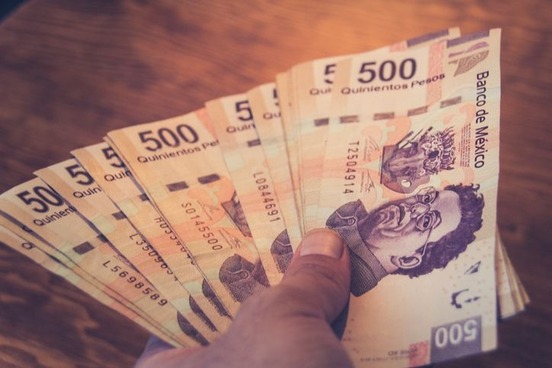 Eight former Spanish colonies—Argentina, Chile, Colombia, Cuba, Dominican Republic, Mexico, Philippines, and Uruguay—today use the peso as their national currency. For a thousand years, up to the present, peso has meant “weight” in Spanish—here referring to the weight, and thus the value, of a coin of gold or silver. (Cf. the British pound, below.) 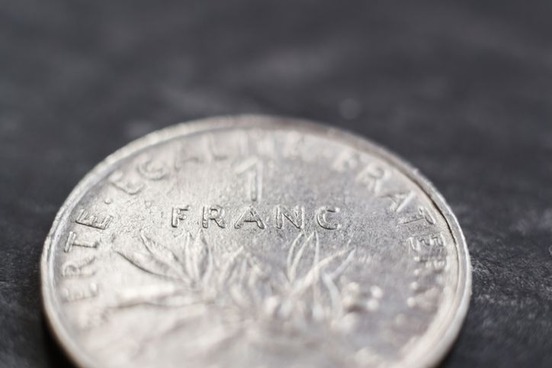 The franc is today the basic monetary unit of Switzerland, Liechtenstein, and twenty African nations, all of them once part of the French colonial empire. But originally it was the currency of France itself. Francs were first minted in 1360 for the ransoming of the captured King John II from the English, showing the king astride his charger brandishing a sword, with the words Francorum Rex (“King of the Franks”) forming part of the border. It is often claimed that franc comes from franc à cheval, or “free on horse,” apparently an early name of the coin. (Another coin, showing the king standing, was known as the franc à pied, or “free on foot.”) Alternatively, some believe franc was a shortening of Francorum. But the simpler explanation is that, in those years, franc merely meant “French.”

“He is still worth at least 50-000 pds—being what is called here a ‘Millionaire’ that is in Francs & such Lilliputian coinage.” – George Gordon, Lord Byron, letter, 23 June 1816 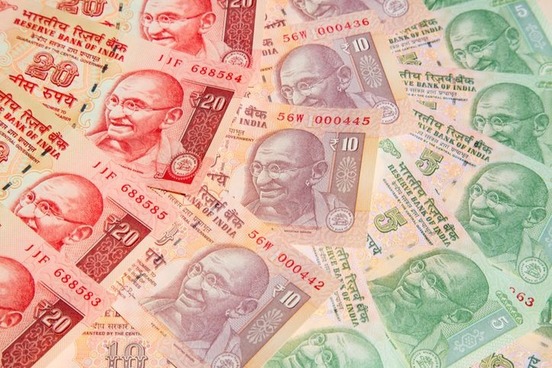 The rupee is today the basic monetary unit of India and Pakistan, two of the world’s most populous countries, as well as the much smaller Nepal, Sri Lanka, Seychelles, Mauritius, and Bhutan. (Indonesia’s currency is sometimes spelled rupee but more often rupiah.) The ancient Sanskrit word it comes from means “coined silver.” The first coin called the rupee was minted in northern India around 1540. 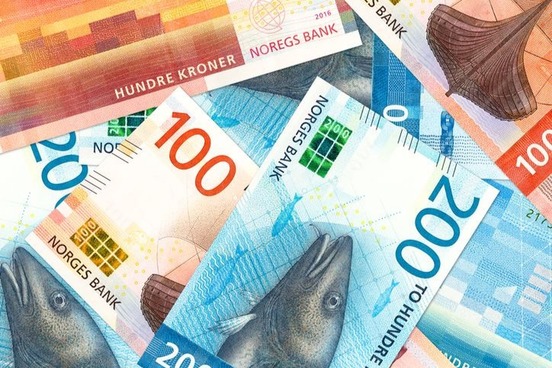 Many European monarchies historically chose to use a crown, representing their monarch, as an emblem on their principal coins. Though several “crown” currencies have been supplanted by the euro, the basic monetary units in five European countries still derive their names from the Latin corona: in Denmark and Norway, the krone; in Sweden and Iceland, the krona; and in the Czech Republic, the koruna. No matter that these last two are no longer monarchies.

“Just look at that old stingy-beans, that old miser, sitting there with his five hundred kroner all counted out ahead of time!”
– Knut Hamsun, August, trans. Eugene Gay-Tifft, 1931 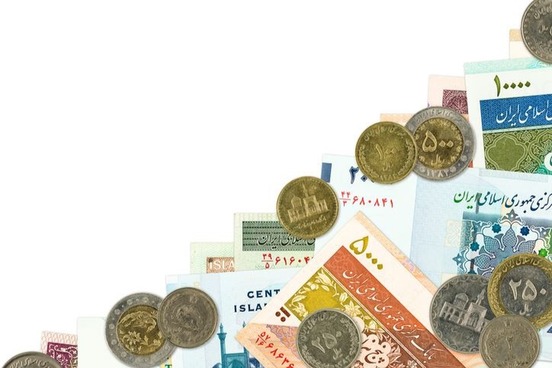 In Iran, Oman, and Yemen, the basic currency unit is the rial; in Qatar and Saudi Arabia, it is the riyal. Westerners may find it slightly surprising that Latin was the source for both words, as it was for dinar. In the Muslim world both riyal and rial are far younger words than dinar, riyal not being recorded in use in the Middle East until 1856 and rial not until 1930. But coins named rial had been minted in France and Britain as long ago as the 15th century, and its basic meaning in those European countries—like that of the slightly later Spanish real, these words' most immediate ancestor—was “royal.”

“I paid for two deck passages eighteen Riyals, my companions seven each, whilst Saad secretly entered himself as an able seaman.
- Richard Francis Burton, Personal Narrative of a Pilgrimage to El Medinah and Meccah, 1857 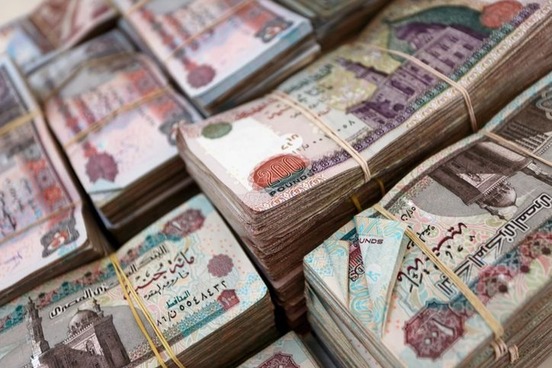 Pound is the name of the basic currencies not only of the United Kingdom but also of Egypt, Sudan, South Sudan, Lebanon, and Syria. Like peso, pound originally referred to weight, as it still does today. The Latin libra pondo meant “a pound by weight,” and libra survives today both in the £ symbol for the British pound and in the abbreviation lb. meaning “pound” in the weight sense. (Lira, the name of both the old Italian currency and the current Turkish currency, likewise derives from libra.)

“She would write her memoirs and include in them faithful records of her association with every noble lord who failed to pay hush money to the tune of two hundred pounds.”
– The Economist, 9 Nov. 1957 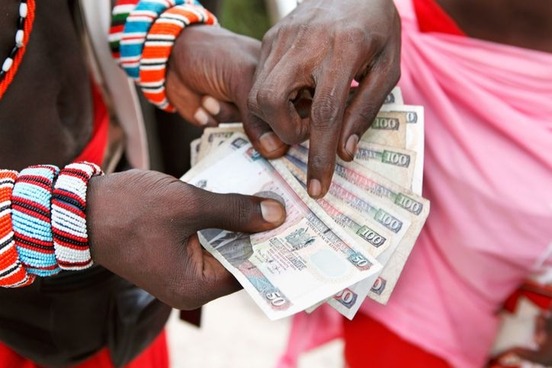 Today, shilling is the name of the basic currency of four former British colonies in Africa: Kenya, Somalia, Tanzania, and Uganda. (It was also once the basic monetary unit of Ireland, Austria, Australia, and New Zealand.) Nevertheless, Americans are most likely to know it as the old British denomination worth one-twentieth of a pound, or twelve pence. Its name traces back to a gold coin known in Old High German as the skilling.

“Indeed, civil servants and others in positions to do so seem quite content extracting a pocketful of shillings (Kenya currency) here and there from expatriates, Asian businessmen, white Kenyans, whom they view as no more than walking money to be taken, and even fellow black Africans, who can ill afford to pay chai (tea), as bribes are euphemistically called here.”
– Chicago Tribune, 11 Jan. 1987 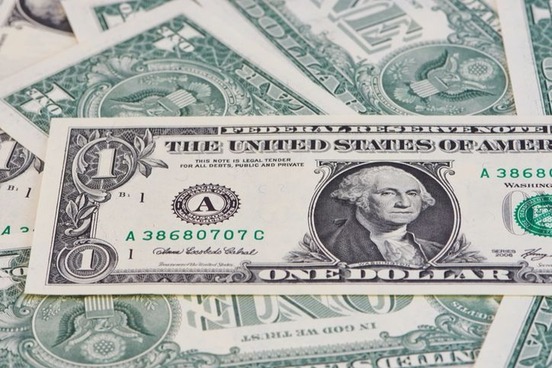 Finally, the currency name adopted most widely in the world, even more widely than the modern euro: the dollar. Eight countries use the U.S. dollar itself as their currency, while 27 others use dollars of their own. The word’s unlikely source is the old Bohemian silver-mining town of Sankt Joachimstal (“St. Joachim’s Valley”), now Jáchymov, where the silver was turned into coins called Thalers or Talers. Taler and its variant daler were already being used for various coins circulating in the American colonies when the latter achieved their independence from Britain, and the national government soon chose the name for its new currency.

“Steadily they played at a dime ante, and a dollar better, till the funds of the deacon were all exhausted, and he was forced to ante up tools.”
- Pensacola Gazette, 12 Oct. 1850