9 words and phrases from above and below 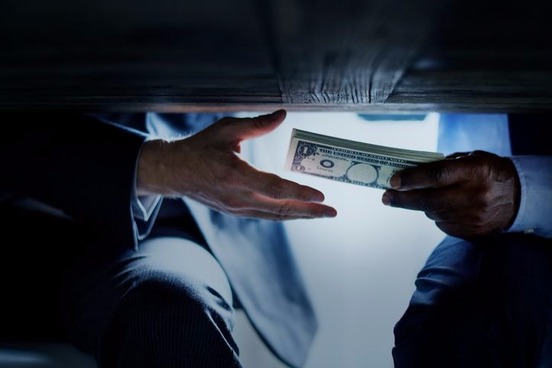 Definition: in a covert manner

Under the table may mean either “in a covert manner” or “into a stupor,” as in “We accepted the bet, for who could have guessed that a marmoset would drink us all under the table?” The “covert” sense is fairly recent, dating in use to the early 20th century. We have been drinking each other under tables for far longer than this, as evidence of this use goes back to at least the beginning of the 17th century.

And also in an other kinde of vnfaithfulnesse is in riotous seruants, that can rid of no worke, but meat and drinke, to carowse and drinke healths, and drinke one an other vnder the table; let them alone they be men of proofe, for such matters, but if it be to doe any thing of good seruice to the familie, that the master should be the better for it, yet can doe nothing.
— John Dod, The Bright Star Which Leadeth Wise Men to our Lord, 1603 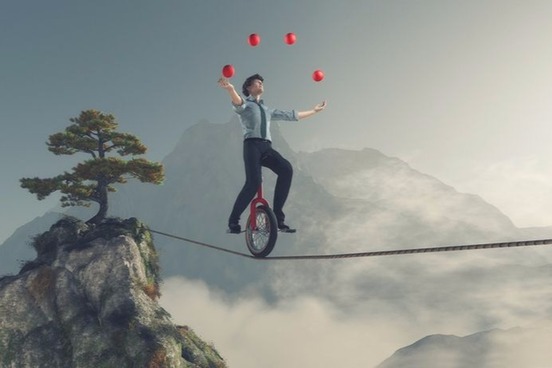 Over the top is today most often encountered as a way of indicating an excess of something, but the term has gone through a few iterations of meaning over the years. In the early 20th century it was used in reference to the trench warfare of World War I, in which soldiers would climb over the top of the parapets and into battle.

There will also be present men who have seen actual life in the trenches, and who will tell “over the top” experiences.
— The New York Tribune, 11 Nov. 1917

Throughout much of the 20th century over the top was also often found used to indicate that fundraising or production efforts had been successful to such an extent that goals or expectations were exceeded.

In an “over the top” effort, 20,000 Massachusetts farmers have been urged to tackle their biggest production job of the war thus far—the meeting of the 1943 food-for-freedom goals.
— The Christian Science Monitor (Boston, MA), 9 Jan. 1943

By the middle of the 20th century over the top had come to the sense in which we most often find it used today.

Feb. 10 ’til wee hours Fred Staton and his boys, fifty lovely hostesses and an all-star floow show will be out with their best to what is bound to be an “over the top” affair.
— The Pittsburgh Courier (Pittsburgh, PA), 3 Feb. 1945 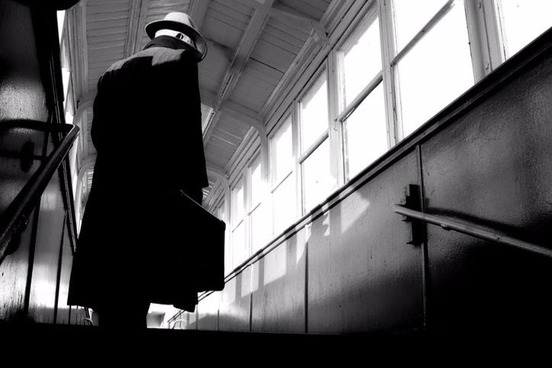 Definition: in a quiet or unobtrusive manner

We have been using underhand to refer to a surreptitious or clandestine manner since at least 1538, when Thomas Elyot used it in a definition of his Latin-English dictionary (defining the word suppilo as “to steale vnderhand or craftily”). And while overhand is also a word, it appears to have not taken on the same figurative and judgmental range of meaning as underhand.

Neuertheles this king proceeding vnderhand with his accustomed subtelties, made show that he desired more then euer the warre agaynst the Moores, from which his owne profire or particuler interest did not draw him, but onely a holy deuotion which he had alwayes borne to the sea Apostolike.
—Francesco Guicciardini, The History of Guicciardin (trans. by Geffray Fenton), 1579 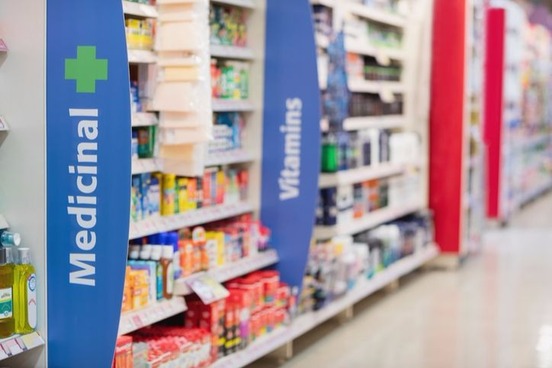 The earliest adjectival meaning of over the counter, beginning in the 19th century, was “in or through a broker's office rather than through a stock exchange.” The term does not seem to have gained currency as a descriptor of medicines until the 1920s. Under the counter (“by surreptitious means”) has been in use since the early 20th century.

Several years ago before the system was installed any goods that were a surplus on order were chucked under the counter and sold on the quiet by one of the clerks.
— Hardware Dealers’ Magazine (New York City, NY), 1 Jun. 1913 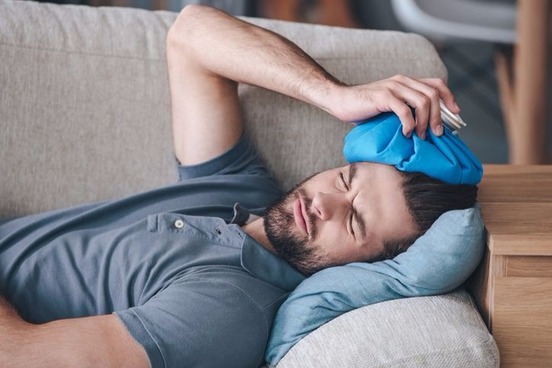 Pop quiz! Which of the following is the definition of under the weather? A. ill B. drunk C. ill from being drunk D. all of the above.

This is a bit of a trick question, since the actual answer can be both A or B (though C may come in handy as a polite excuse for why you're canceling plans the day after a night out). Under the weather has been used to mean both “ill” and “drunk” over the years, making it not as useful as it might otherwise be (since the English language has a decided surplus of synonyms for both drunk and ill). If this semantic ambiguity bothers you allow us to suggest a different set of words for these conditions: all-overish usefully refers to the state of being “slightly indisposed,” and glorious is memorably defined in our Unabridged dictionary as “hilariously drunk.”

I did not half like this kind of talk, but being under the weather a little, for peace sake, I promised, if I could not get my money soon, to follow her advice.
— The Evening Fire-Side (Philadelphia, PA), 9 Mar. 1805 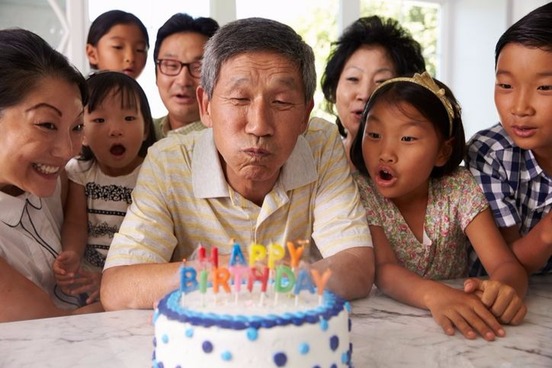 It is curious that over the hump is employed in the favorable sense of “past the most difficult part of something,” but over-the-hill is restricted to the much less fun (to some, at least) meaning. If you yourself are over-the-hill, and have need of a self-referential term but would prefer something a bit more obscure, the Oxford English Dictionary helpfully includes paracme: “ A point or period at which the prime or highest vigour is past.”

Savold, now an over the hill fighter, has beaten and been defeated by some of the better known boxers, including Joe Baksi and Tami Mauriello.
— The Hartford Courant (Hartford, CT.), 28 Mar. 1947

Haul/rake (someone) over the coals 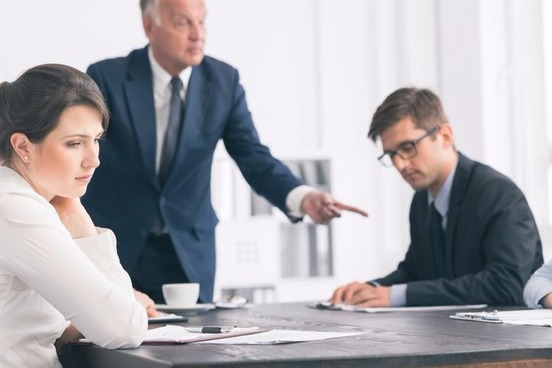 Definition: to criticize (someone) very severely

The earliest uses of putting someone in a position of uncomfortable proximity to coals are regrettably literal, as they date to the middle of the 16th century and are primarily in reference to the treatment of heretics. Eventually the English-speaking people stopped using hot coals as a means of ecclesiastical persuasion, but the expression lived on. In early use it is more common to see people fetched or hauled over the coals; getting raked over them didn't really become a thing until the middle of the 19th century.

The Williamson Journal, of yesterday, thus rakes us all over the coals about that miserable lease business. It is mighty rough, but, alas! in most respects too true!
—The Republican Banner (Nashville, TN), 12 May 1871 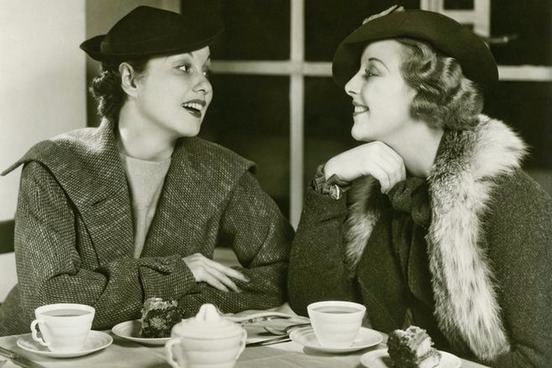 Definition: so as to be barely audible

Under one’s breath is not the only such phrase in which under makes a quiet appearance. English has borrowed the Italian sotto voce (“under the breath, in an undertone; also: in a private manner”) which comes from words meaning “under the voice.”

Madam I finde folks here kind to me, but in the night, &  under their breath; my masters cause may not come to the crown of the causey, others are kind according to their fashion, many think me a strange man, & my cause not good; but I care not much for mans thoughts or approbation: I think no shame of the crosse.
— Samuel Rutherford, Joshua Redivivus, 1664 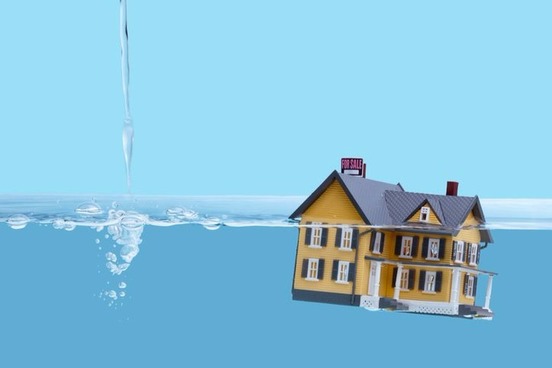 Definition: having, relating to, or being a mortgage loan for which more is owed than the property securing the loan is worth

Underwater has enjoyed a range of figurative meanings as an adverb for hundreds of years now, sometimes in reference to financial peril, but more often indicting a general state of danger.

As occasion served, I reflected indeed on the time when the Church of England was under water, tho' not drowned.
— (Anon.), A Pretended Visitor Visited, 1690

The specific use of the word as an adjective is a recent addition to our language, occurring in the 1970s.

Every shutdown of an auto plant, every failure of a metal price increase, and every foreclosures (sic) of an underwater real estate mortgage, is greeted with cheers.
— Eliot Janeway, The Chicago Tribune, 21 Oct. 1975

Similarly, drowning also has a figurative sense of "overwhelmed."