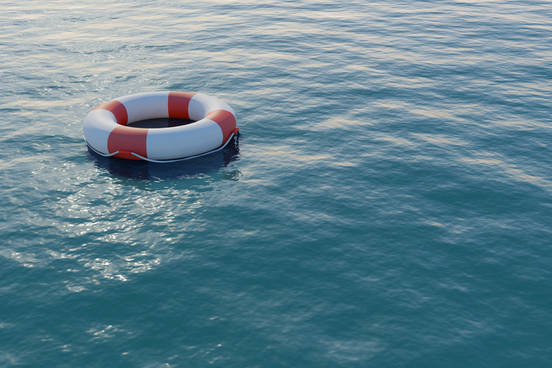 Definition: a call or request for help or rescue

SOS entered our vocabulary in 1910, and, despite what you may have heard/cleverly figured out on your own, it has nothing to do with saving our souls, ships, or any other word that begins with S.

SOS was proposed, and adopted, as it is an easy sequence to type in Morse code (‧ ‧ ‧ - - - ‧ ‧ ‧), then the preferred method of communication for ships at sea. It replaced the existing distress code, which was CQD (The CQ indicated an alert, and the D indicated danger). Had the code not switched to SOS it seems likely that we would have come up with some fanciful origin stories for the initial signal (“Come Quick, Dammit!”) 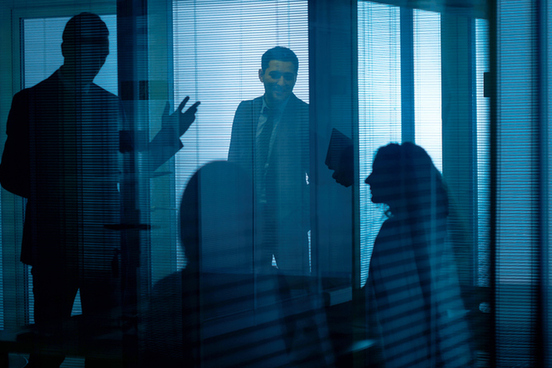 Definition: the contrived schemes of a group of persons secretly united in a plot (as to overturn a government)

A popular story about cabal is that the word comes from the initials of five dastardly plotters (Clifford, Arlington, Buckingham, Ashley, and Lauderdale), high ranking officials in the government of King Charles II. This tale, which appears to have sprung from the pen of Charles Dickens, sounds plausible enough that it is still encountered today.

However, cabal is not an acronym; it comes from the Late Hebrew qabbālāh, meaning “received (lore),” and has been in use in English since the 16th century, well before Charles II came to the throne. The initial meaning of the word was concerned with Jewish interpretation of the Old Testament, and the sense relating to plotters emerged in the middle of the 17th century. 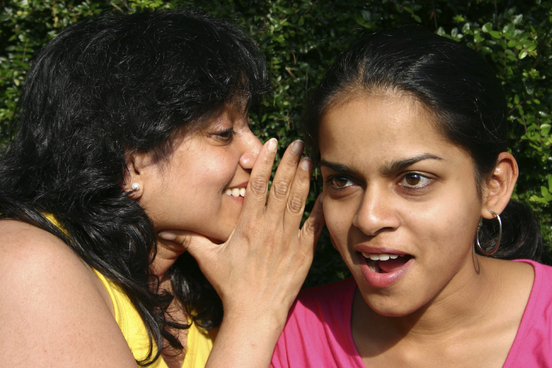 Definition: rumor or report of an intimate nature

Many of the etymological myths we come across are based on an imaginary significance of initials. The imaginative origin of gossip differs from this model, insofar as it is thought to be part of a compounded phrase, rather than initials. The proposed origin for gossip is that once upon a time politicians who were interested in learning what their constituents were thinking about would send their surrogates out to taverns to eavesdrop, with the directive “go sip some ale.” There are some problems with this explanation.

The first problem is that we have no actual evidence of the phrase being used in writing with this apparent meaning; virtually all the mentions of it come up as theories for the origin of gossip. Additionally, these theories only begin to be seen in the late 20th century. We do have evidence of gossip being used from before the 12th century, well before there would have been politicians sending their lackeys to the local tavern. Gossip comes from the Old English word godsibb, which was a person, such as a godparent, who was a sponsor at baptism. 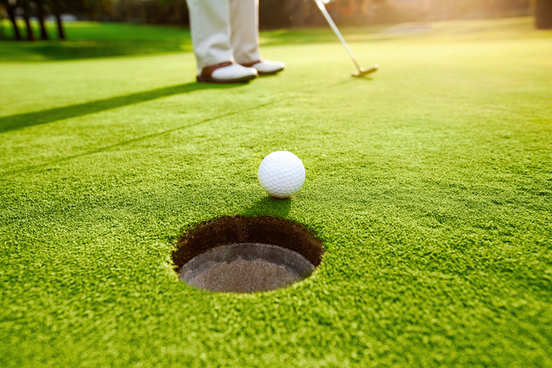 Definition: a game in which a player using special clubs attempts to sink a ball with as few strokes as possible into each of the 9 or 18 successive holes on a course.

We are not entirely certain about the origins of the word golf. We do know that it comes from the Scots variety of Middle English, but past that things get a little hazy. What we are certain about is that it is not an acronym for the phrase “gentlemen only, ladies forbidden.” How do we know this?

The game of golf is thought to be quite a bit older than its name, but there is evidence of the word in use from almost 600 years ago. There is no evidence of “gentlemen only, ladies forbidden” until the late 1980s. The chance of a pithy phrase such as this serving as the basis for a common word (but never having been mentioned for over 500 years) is slim enough to not merit consideration. 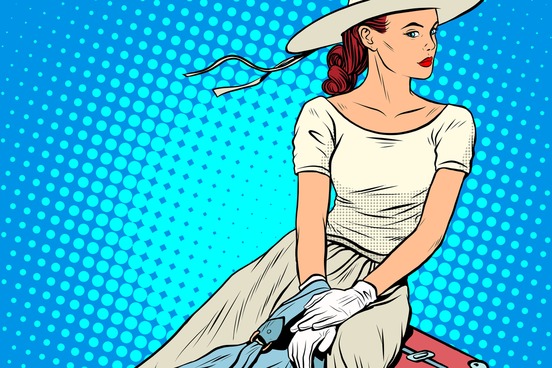 The notion that posh is an acronym for “port out, starboard home” is one of the more enduring myths of English etymology, resistant to common sense, probability, and copious amounts of research. This phrase is not the origin of posh.

"Port out, starboard home” is thought to refer to the desirability of certain cabin accommodations on ships traveling between Britain and India; on the way out the port side of the ship would be preferred, as it received less sun, as was the case with the starboard side on the way back. Despite what you may have heard, tickets (or at least all the surviving ones from that time) were not stamped with the letters POSH.

We do have a good deal of evidence of the word’s use from the early 20th century, and one thing about it that is striking is that most of it comes from the British military. These uses were generally by lower-ranking troops, not the sort who would be picking which cabin they wanted for a liner voyage to India. The actual origin of the word is unknown.

The Regiment was inspected by the G.O.C. Commanding 2nd Army. The parade looked very “posh” and everything appeared to pass off satisfactorily.
—The East Kent Yeoman, 1915

And there is a compensation for the hard work. It consists of our “posh” clothes. When you see a swanky looking lad in an officer’s uniform wearing a white band round his cap, you will know that he is one of us.
—The Times of India (New Delhi, India), 2 Nov. 1917

Sir,—Your contributor “O. S. P.,” in his article “War Words and Phrases,” omits one word in common use among soldiers at the front. It is the word “posh,” which appears to have more than one meaning, as in the case of “strafe.” I have heard a good meal described as “very posh,” and it is also use as a substitute for “swank” on occasion.
—J. Wallace Black, (letter) Daily Mail (London, England), 3 Nov. 1916 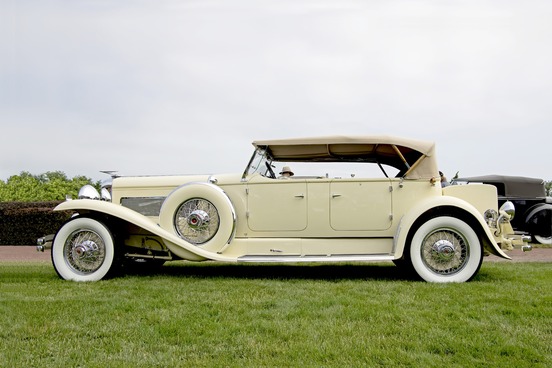 Definition: an extraordinary one of its kind

The Duesenberg car company produced very fine cars in the early 20th century. The word doozy appears in writing somewhere near the beginning of the 20th century. Therefore doozy must be a shortening of Duesenberg, mustn’t it? Isn’t this how etymology works? No, it mustn’t, and no, it isn’t.

The obvious problem with saying that doozy comes from Duesenberg is that the former is older than the latter. The car company did not start producing vehicles until 1920, and the word had been in use for more than 20 years by that time. The argument that the name of the car may not have come first but possibly helped doozy become popular is also problematic, as we have no evidence linking the two terms in the early 20th century. Doozy most likely came about as an alteration of daisy, which in 19th century slang was something or someone considered the best.

The Democratic party would soon become what Cy. Lyle might call a “doozy” under the leadership of such men as Mr. Davis.
—The Comet (Johnson City, TN), 17 Mar. 1904

He nailed a “doozy” toward center field which looked like a hit.
—Daily Illinois State Register, (Springfield, IL), 25 Aug. 1907 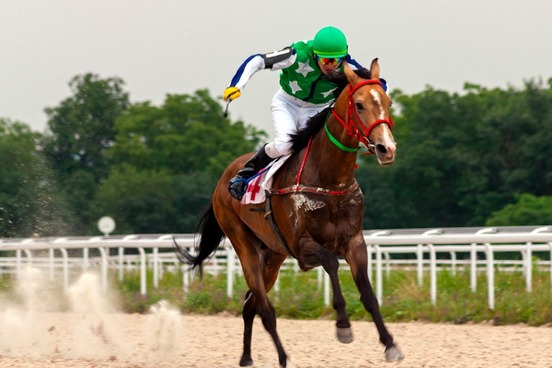 Definition: a race or contest in which an artificial advantage is given or disadvantage imposed on a contestant to equalize chances of winning

Yes, handicap does come from “hand in cap.” But no, it does not refer to maimed veterans of war, who were granted the right to beg on the streets on London, with cap in hand. Handicap, which has been in use since the middle of the 17th century, comes from the name of a game (which involved two players, one umpire, a hat, and some hands).

The word progressed from one sport to another, and by the middle of the 18th century it began to be used in horse-racing, in reference to additional weight borne by a horse thought to otherwise have an advantage. From horse-racing the word spread to other sports, such as golf, and from there began to be used to refer to any encumbrance. It was not until the end of the 19th century that handicap was used to refer specifically to a physical disability. It should be noted that this use of handicap is offensive to many (disability is preferred); so this specious etymology manages to err on two fronts. 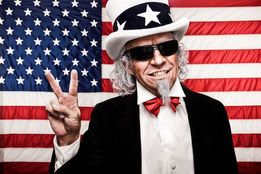