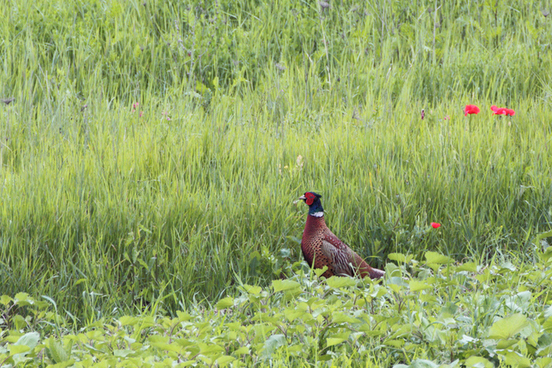 It is somewhat ironic that poppycock is occasionally used as a jocular sort of euphemism, considering its origins. The word comes from a Dutch word meaning “soft dung” (pappekak), which tends to be the sort of word people often try to avoid when being polite.

I venture to say that if you sarch the earth all over with a ten-hoss power mikriscope, you won’t be able to find such another pack of poppycock gabblers as the present Congress of the United States of America.
—Charles Farrar Browne, Artemus Ward, 1890 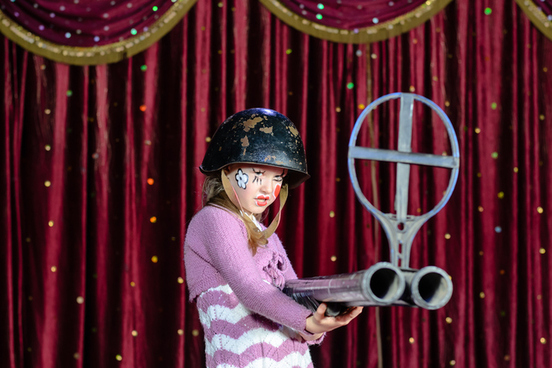 Definition: a muzzle-loading firearm with a short barrel and flaring muzzle to facilitate loading

The blunderbuss originally had nothing to do with blundering; the word comes, via folk etymology, from the Dutch donderbus (which itself is a compound of the word for gun and thunder). Blunderbuss has been used in English to refer to a short-barreled gun since the middle of the 17th century, and took on the additional meaning of “a blundering person” within a few decades.

Finding no one hurt and only the unlucky waiter scared he burst out: —“Oh, you blunderbuss!” “Oh, you lubber!” “Who ordered you to fire?”
—Joseph Alonzo Stuart, My Roving Life, 1895 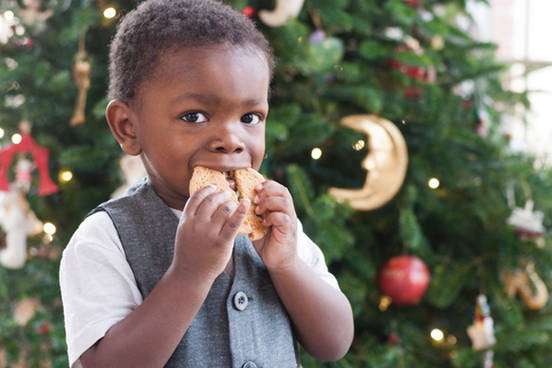 The Dutch, exhibiting a fine degree of linguistic munificence, were kind enough to give us the word cookie (it comes from their word koekje, which is the diminutive of koek, meaning “cake”). And, ingrates that we are, the English–speaking people have taken the humble cookie and used it in all manner of unfortunate ways. We have the adjective cookie-cutter (“marked by lack of originality or distinction”), the noun cookie pusher (“a vacuous person without force who is given to an active but innocuous social life”), and phrases such as toss one’s cookies (“to eject the contents of one’s stomach”). Cookie has a considerable range of additional meanings in English, from describing a person (such as a tough cookie) to computer files that store personal information of users on the Internet.

The Coast boy certainly has shown to great advantage in his training, but don’t lose sight of the fact that Thorpe is a tough cookie and can last as long as any of them and still send in his best.
—The Kansas City Star (Kansas City, MO), 7 Mar. 1915 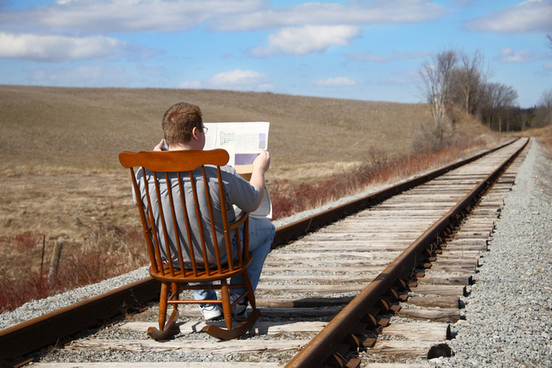 Definition: an illicit, habit-forming, or narcotic drug OR a stupid person

Despite the fact that dope comes from Dutch, and that for much of the late 20th century the city of Amsterdam was viewed as synonymous with “place that foreigners like to visit in order to take drugs,” the word had nothing to do with narcotics in its original form. Dope comes from the Dutch word for “sauce” (doop), and when it entered English (in the late 18th century), had the meaning of “a thick liquid or pasty preparation.”

Prisoner (arrested for drunkenness)—“I may be weak, your honor, but I’m not such a soak as Poe, such a dope fiend as De Quincey, such a rake as Byron—“

Judge (sharply)—“That will do. Thirty days! And, officer, take a list of those names and run ‘em in. We must clean out those bums and loafers.”
—Greensboro Daily News (Greensboro, NC), 30 Nov. 1913 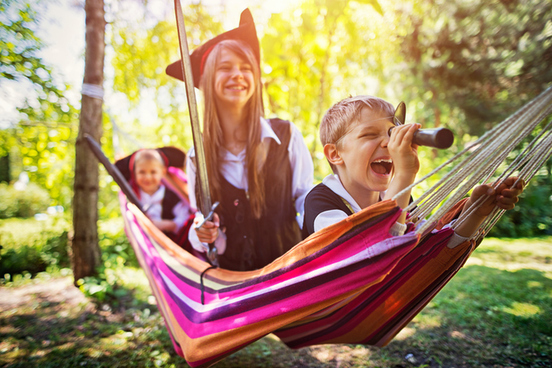 Definition: one that goes about plundering without the authority of national warfare; a member of a predatory band

Freebooter is the second word on this list which was formed in English as a folk etymology (also sometimes known as a popular etymology). If you were too lazy to click the hyperlink in the earlier instance, this is when a word is transformed to give it an apparent relationship with an existing, better-understood word (such as when we borrowed the Spanish cucaracha and changed it to cockroach). Freebooter comes from the Dutch word vrijbuiter, which is formed from the words for “free” (vrij) and “booty” (buit).

Moreover, it was said he had been a sinful freebooter, who had mortgaged his soul to the devil for more than it was worth, and there was no telling how much gold he had stowed away in sly corners about the old building.
—(anonymous), Whimwhams, 1828 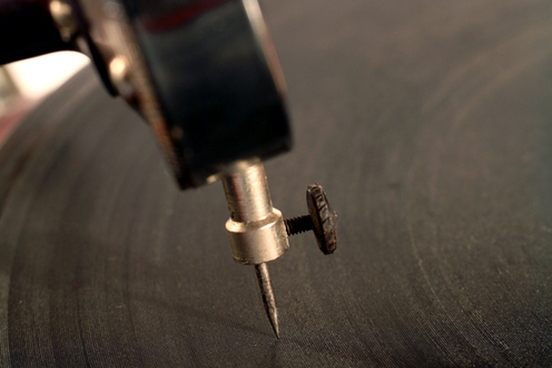 Groove had enjoyed such a notable degree of success in various colloquial and non-standard forms of English that one might be forgiven for assuming that it comes from the province of slang. After all, it has served as the basis for groovy, may be used in reference to one of several kinds of popular music, and may also serve as a way of indicating that something is performed in admirable fashion (“he was really in the groove”). However, the word had the initial meaning in Middle English of “pit” or “cave,” and came from the Middle Dutch word groeve.

I’m getting ready to celebrate our fifth anniversary party, so in order to shame Garry with my social talents, I hires a French count to groove me into the high class language of the holpaloo, and yesterday I tried it out on him.
—Jimmy Durante, The Milwaukee Journal-Sentinel (Milwaukee, WI), 23 Mar. 1947 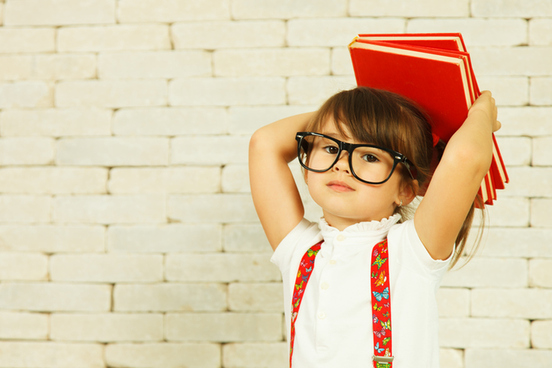 Definition: one who pretends to knowledge or cleverness; especially, smart aleck

Wiseacre has the look and sound of a fairly recent word. After all, similar words, such as wisecracker and wisenheimer appear to have little or no evidence of use prior to the 20th century. However, the word has been in use since the 16th century. It does not come directly from wise; wiseacre is from the Middle Dutch word for “soothsayer” (wijssegger).

Or shall be run vp and downe the town, with friskes, and heighs, and fillops, and trickes, accompanied with some such wise-akers as himselfe, (Be not offended Simon, though you be his companion) reuiling his betters, and abusing his equalls.
—Oliver Oat-meale, A Quest of Enquirie, by Women to Know, Whether the Tripe-Wife were Trimmed by Doll Yea or No, 1595 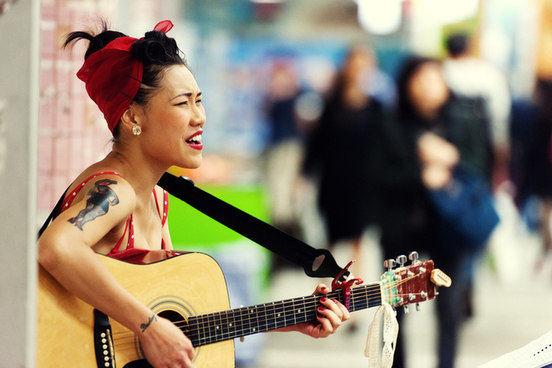 Definition: to obtain by energetic activity

Hustle, which comes from the Dutch word husselen (“to shake”) nicely illustrates how a single word may encompass multiple shades of meaning, and, based on the context in which it is used, generally will be correctly interpreted. After all, when a high school basketball coach exhorts players to “go out there and hustle” it is widely understood that the meaning is “go play with enthusiasm and verve,” and not “go engage in fraud and deception,” or one of the word’s other meanings.

Indeed, everybody who goes to Rockaway is prepared to “hustle.” If you want to have “yerself and girl taken as good as life for a quarter,” if you are a big fat man and do not care to wear a bathing suit of infantile proportions, then you must “hustle,” and if you “hustle” away without paying your dinner check Rockaway will ungratefully remember you for all time as a “boodle Alderman.”
—The New York Herald, 12 Jul. 1886 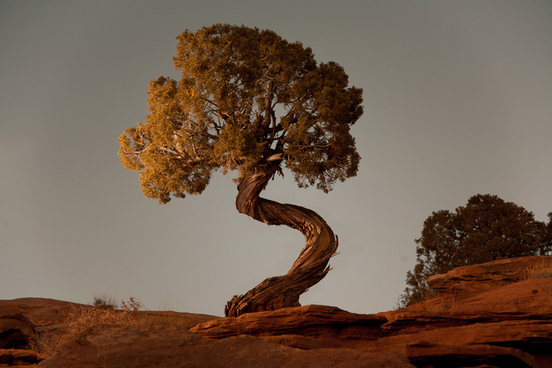 Definition: a short tight twist or curl caused by a doubling or winding of something upon itself

Kink is the exception to that old saying that ‘words with a K in them are funny.’ Despite having an abundance of these letters kink appears to not be funny at all. It comes from the Dutch word of the same spelling, meaning “a twist or twirl,” which is nearly the exact same meaning it initially had in English. The sexualized sense of kink is one of its more recently acquired meanings, and does not appear in print prior to the mid-twentieth century.

Adair too had his kink. He believed all the Indians of America to be descended from the Jews: the same laws, usages, rites & ceremonies, the same sacrifices, priests, prophets, fast and festivals, almost the same religion, and that they all spoke Hebrew.
—Thomas Jefferson, letter to John Adams, 11 Jun. 1812 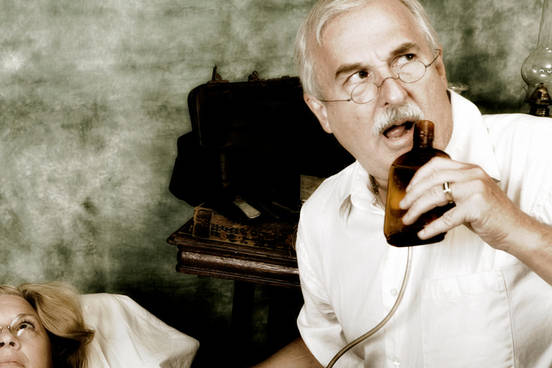 English has no shortage of words for medical practitioners of dubious skill, training, or ethics. In addition to quacksalver (which is spelled kwakzalver in modern Dutch) we have sangrado (“one who pretends to a knowledge of medicine”), charlatan (“a barker of dubious remedies”), medicaster (“a medical charlatan”), watercaster (“a person claiming to diagnose a disease by inspection of a sample of urine”), and several others. Quacksalver is one of our earliest recorded words for this kind of physician, in use since the late 16th century.

Castleton, compelled to put up with the loss of his eyes, did not feel inclined to lose his money also; he therefore arrested this impudent quacksalver, while displaying “his banners and wares” in the Royal Exchange, and recovered back the money he had paid in the hopes of his cure.
—Henry Cheetle, Kind-Heart’s Dream, 1841