GAMES BROWSE THESAURUS WORD OF THE DAY WORDS AT PLAY SETTINGS
Word of the Day : November 4, 2019

: a descriptive name or epithet : nickname

This synonym of nickname has the same meaning in modern French as it does in English. In Middle French, however, its earlier incarnation soubriquet referred to both a nickname and a tap under the chin. Centuries later, the connection between these two meanings isn't clear, but what is clear is that the "nickname" meaning of sobriquet was well established in French by the time English speakers borrowed the term in the 17th century—and was the only meaning that was adopted. In current English, the spelling sobriquet is most common, but soubriquet is also an accepted variant.

"As a member of Congress, he voted against so many bills that he earned the 'Dr. No' sobriquet…." — Ben Terris, The Washington Post, 3 Sept. 2019

"[H]e had a rather flightly and dissolute mode of conversing, and furthermore avowed that among his intimate friends he was better known by the sobriquet of 'The Artful Dodger'…." — Charles Dickens, Oliver Twist, 1839

Unscramble the letters to create a synonym of sobriquet: RMOKIEN. 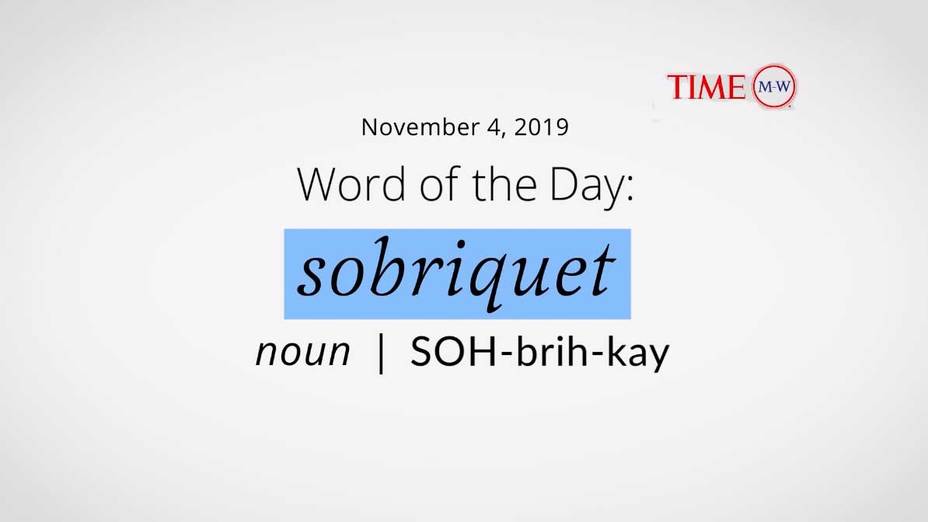 noun - a descriptive name or epithet; a nickname