GAMES BROWSE THESAURUS WORD OF THE DAY WORDS AT PLAY SETTINGS
Word of the Day : April 16, 2019

1 a : to put aboard a ship by force often with the help of liquor or a drug

b : to put by force or threat of force into or as if into a place of detention

2 : to put by trickery into an undesirable position

In the 1800s, long sea voyages were very difficult and dangerous, so people were understandably hesitant to become sailors. But sea captains and shipping companies needed crews to sail their ships, so they gathered sailors any way they could—even if that meant resorting to kidnapping by physical force or with the help of liquor or drugs. The word shanghai comes from the name of the Chinese city of Shanghai. People started to use the city's name for that unscrupulous way of obtaining sailors because the East was often a destination of ships that had kidnapped men onboard as crew.

Nate was shanghaied by his sister into helping her sell shirts at the lacrosse tournament after her friend bailed out.

"In time, the new novel, lurching around his psyche, dragged itself away and became real. How I loved to see him shanghaied like that, careening down the rum-soaked wharves of imagination…." — Diane Ackerman, Hundred Names for Love: A Memoir, 2011

What 6-letter verb can mean "to kidnap" or "to subject to extortion or swindling"? 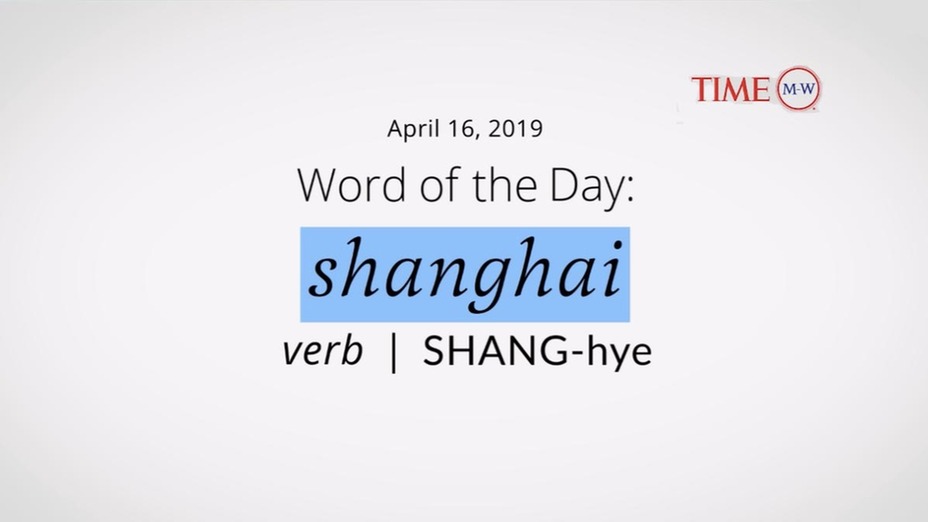 verb - to trick or force into doing something