GAMES BROWSE THESAURUS WORD OF THE DAY WORDS AT PLAY SETTINGS
Word of the Day : April 17, 2019

Don't fall for anyone who tries to convince you that gullible isn't entered in the dictionary. It's right there, along with the run-on entries gullibility and gullibly. All three words descend from the verb gull, meaning "to deceive or take advantage of." The verb was borrowed into English from Anglo-French in the mid-16th century. Another relative is the noun gull, referring to a person who is easy to cheat—a word which is unrelated to the familiar word for a seabird, which is of Celtic origin.

"I'm not so gullible as to think I really won this cash sweepstakes," said Aunt Mary, though she went ahead and opened the envelope that told her she had won, just in case it wasn't a scam.

"The conclusion that some people are more gullible than others is the understanding in popular culture—but in the scientific world it's pitted against another widely believed paradigm, shaped by several counterintuitive studies that indicate we're all equally biased, irrational and likely to fall for propaganda, sales pitches and general nonsense." — Faye Flam, The Chicago Tribune, 4 Jan. 2019 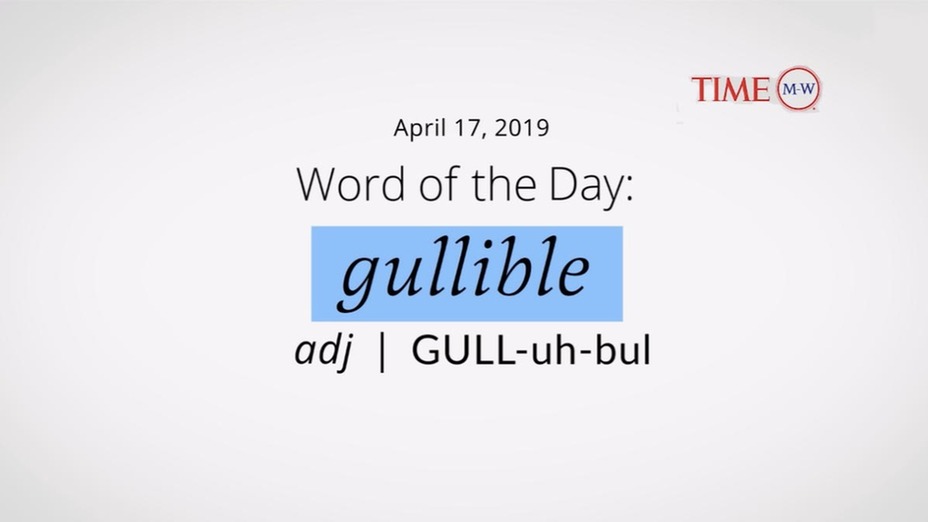