GAMES BROWSE THESAURUS WORD OF THE DAY WORDS AT PLAY SETTINGS
Word of the Day : April 15, 2019

2 : distress, depression, or confusion resembling that caused by a hangover

Have you ever heard a cat wailing and felt that you could relate? Apparently some hungover German speakers once did. Katzenjammer comes from German Katze (meaning "cat") and Jammer (meaning "distress" or "misery"). English speakers borrowed the word for their hangovers (and other distressful inner states) in the first half of the 19th century and eventually applied it to outer commotion as well. The word isn't as popular in English today as it was around the mid-20th century, but it's well-known to many because of The Katzenjammer Kids, a long-running comic strip featuring the incorrigibly mischievous twins Hans and Fritz.

"I drank too much that night and woke up submerged in a post-wine katzenjammer the next morning. My head was buzzing, and every fiber of my body slowly shriveled and wilted as the alcohol exited it." — Mac Lethal, Texts from Bennett, 2013

"The highest purpose of bar food, in all its cheesy, starchy, pinguid, deep-fried trashiness, is to sponge up as many bad decisions as possible before you wake up with a katzenjammer." — Mike Sula, Chicago Reader, 19 Oct. 2015

Fill in the blanks to complete a synonym of katzenjammer referring to a discordant clamor: b _ w _ o _. 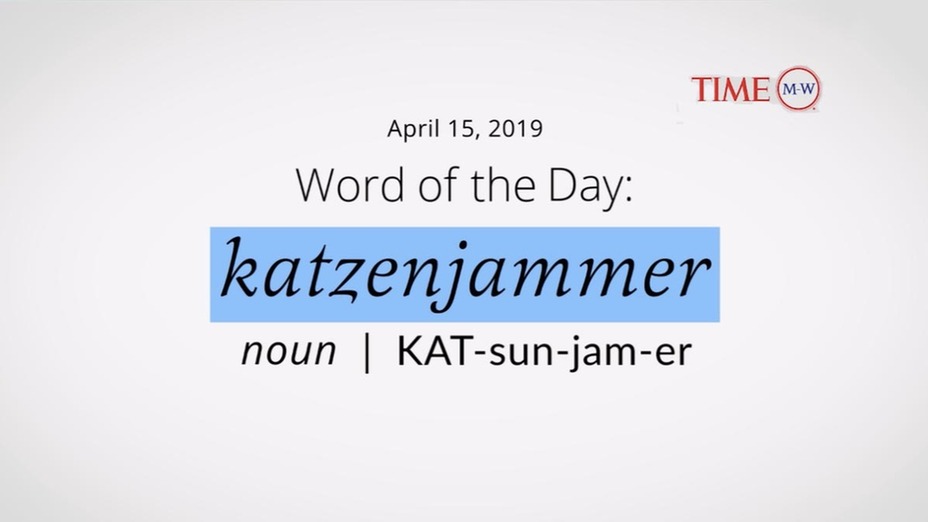 noun - a hangover or a discordant clamor