1 : to have an effect for good or ill

2 : to become transferred or added : accrue

Although it looks and sounds like a number of similar words (including rebound, resound, abound, and redundant), redound is a distinct term. It developed from Middle French redunder, which in turn came from Latin redundare, meaning "to overflow." In its earliest known English uses in the late 1300s, redound meant "to overflow" or "to abound," but those senses are now considered archaic. In current use, redound is often followed by "to," and the effect can be positive or negative: "[It] probably would have redounded strongly to my disadvantage if I had pursued to completion my resolution…," writes Joseph Heller in his 1984 tragicomic novel God Knows.

"When no one is an expert, everyone becomes an expert, and authority thus redounds to the person who is least troubled by that paradox." — Justin Peters, Slate, 10 Sept. 2018

"General George B. McClellan … was an admirer principally of George B. McClellan; and although he was an excellent organizer and motivator of troops, he was reluctant to send his men into engagements where he could not be certain that the outcome would redound to the glory of their commander." — Louis Menand, The Metaphysical Club, 2001

Fill in the blanks to complete a verb that means "to lead or tend to a particular and often desirable result": co _ _ _ ce. 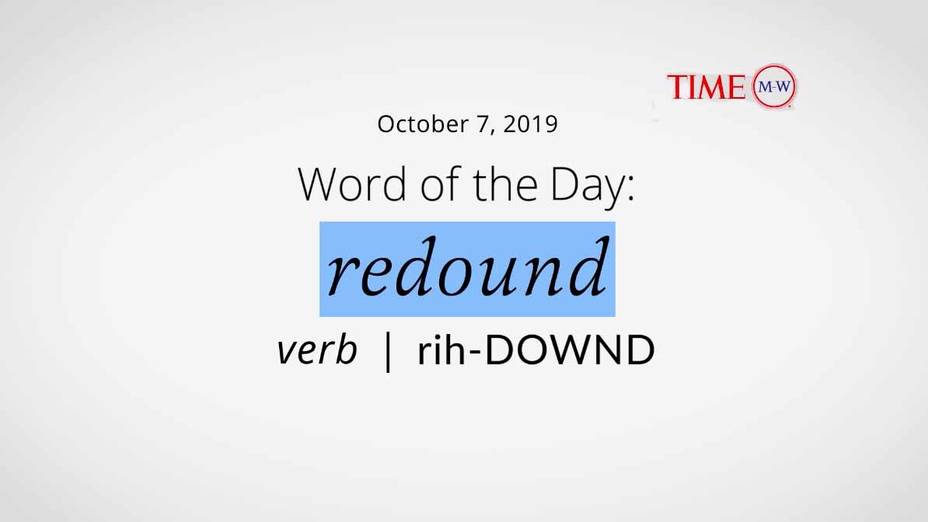 verb - to become transferred or added