GAMES BROWSE THESAURUS WORD OF THE DAY WORDS AT PLAY SETTINGS
Word of the Day : January 8, 2019

: to pretend or exaggerate incapacity or illness (as to avoid duty or work)

Do you know someone who always seems to develop an ailment when there's work to be done? Someone who merits an Academy Award for his or her superb simulation of symptoms? Then you know a malingerer. The verb malinger comes from the French word malingre, meaning "sickly," and one who malingers feigns illness. In its earliest uses in the early 19th century, malinger usually referred to a soldier or sailor pretending to be sick or insane to shirk duty. Later, psychologists began using malingering as a clinical term to describe the feigning of illness in avoidance of a duty or for personal gain. Today, malinger is used in just about any context in which someone fakes sickness or injury to get out of an undesirable task.

Sarah's prospects for promotion aren't helped by her well-known tendency to malinger.

"[Writer Jaroslav] Hašek's meandering, unfinished comedy tells the story of a dog thief turned soldier, who blusters, pranks and malingers his way through the early days of the war." — Daniel Mason, The Guardian (London), 14 Nov. 2018

Fill in the blanks to complete a British English synonym of malinger: s _ u _ k. 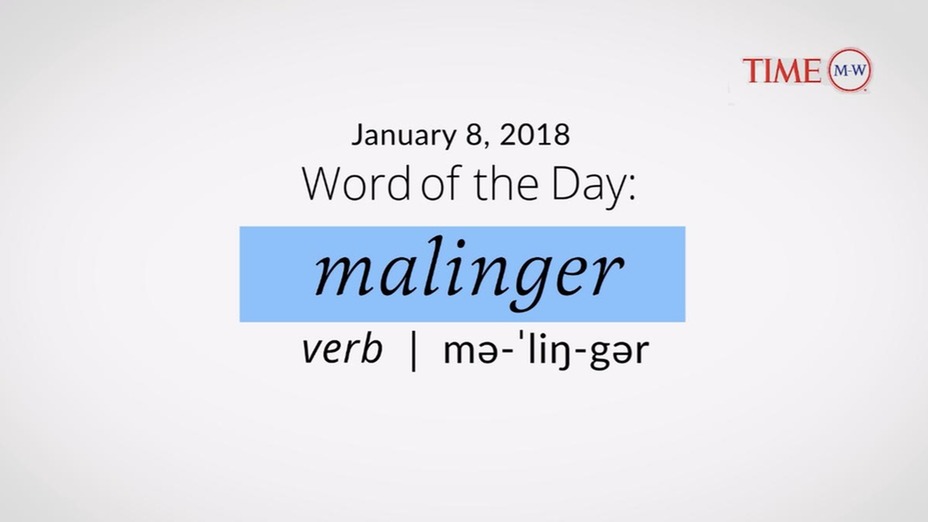 verb - to pretend illness so as to avoid duty