GAMES BROWSE THESAURUS WORD OF THE DAY WORDS AT PLAY SETTINGS
Word of the Day : January 9, 2019

Today's word first appeared in Old English and was formed from the prefix be- and the verb hātan ("to command" or "to promise"). While behest was originally used only in the sense of "promise," it acquired the additional sense of "command" among speakers of Middle English. Among contemporary English speakers, behest is no longer used in the sense of "promise" but rather denotes an authoritative or urgent request or command. Old English hātan also gave English the now-archaic words hest (meaning "command") and hight ("being called or named").

"Let's be clear on this, in the case of a foreclosure sale, while you might not think of it as a 'sale' because it is not a voluntary action taken by the homeowner, but rather a forced action at the behest of the lender, for tax purposes a foreclosure is treated exactly the same as a voluntary sale by the buyer." — Tony Nitti, Forbes, 19 Nov. 2018

"He is being detained at the behest of Japanese prosecutors after Nissan alleged that he had understated his earnings and misused company assets." — The Economist, 24 Nov. 2018 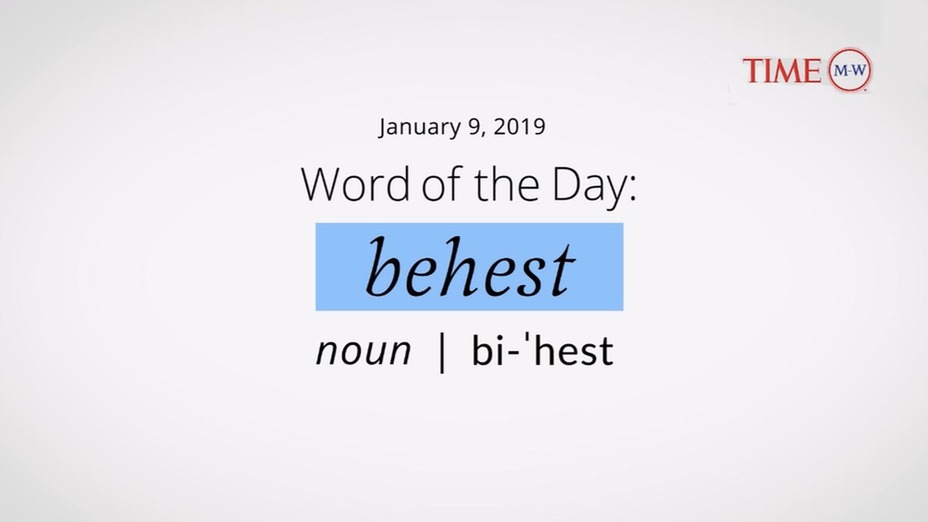 noun - a command or an urgent prompting