GAMES BROWSE THESAURUS WORD OF THE DAY WORDS AT PLAY SETTINGS
Word of the Day : January 13, 2020

It's a classic case of glomming: Americans seized on glaum (a term from Scots dialect that basically means "to grab") and appropriated it as their own, changing it to glom in the process. Glom first meant "to steal" (as in the purse-snatching, robber kind of stealing), but over time that meaning got stretched, resulting in figurative uses. Today we might say, for example, that a busy professional gloms a weekend getaway. Glom also appears frequently in the phrase "glom on to," which can mean "to appropriate for one's own use" ("glom on to another's idea"); "to grab hold of" ("glom on to the last cookie"); or "to latch on to" ("glom on to an opinion" or "glom on to an influential friend").

"It would not surprise me if the sampling 'Fleabag' receives from glomming an Emmy sets it up as a series that makes viewers eagerly await new seasons." — Neal Zoren, The Delaware County (Pennsylvania) Daily Times, 30 Sept. 2019

"The Captain is the alter ego of the kids' school principal, a real grump named Krupp … who can't stand laughter or those boys. A magic plastic hypno-ring glommed out of a cereal box puts him under the lads' spell and has him peeling down to his underpants and going forth to, well, mess things up." — Soren Andersen, The Seattle Times, 1 June 2017 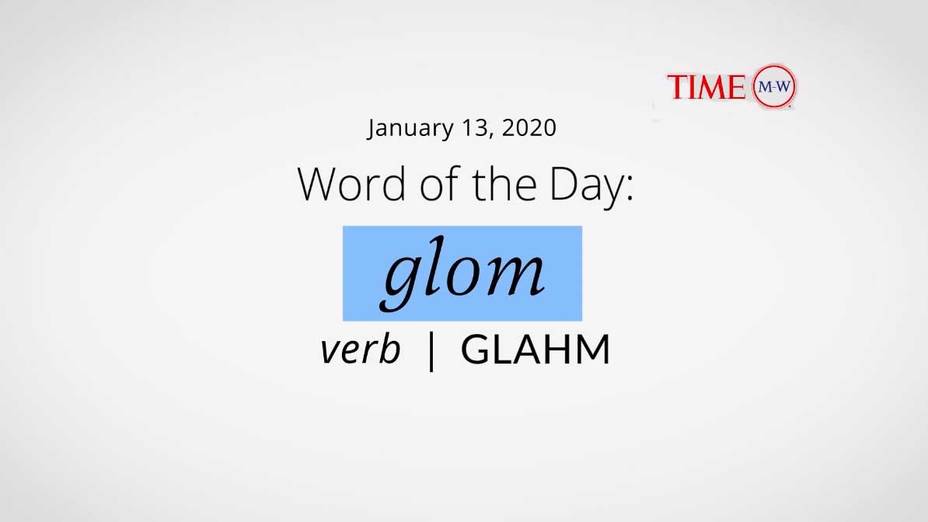